When talking about the L.A art scene in the 1960s, the name of the Ferus Gallery is foremost. Founded in 1957 by Walter Hopps with artist Ed Kienholz, it was a free-wheeling operation initially showing artists from the Bay Area alongside the L.A. set.

But Ferus was not the first gallery started by Hopps. That would have been Syndell, opened in 1954 in West L.A. with his friend Jim Newman. They had become friends a few years earlier while students at Stanford where they spent as much time organizing jazz concerts as studying.

After his first year, Hopps returned to his native L.A. to attend UCLA, Newman went on to Oberlin College. They remained friends. Neither expected to become a conventional art dealer but opened Syndell with the idea of supporting the artists they knew who were challenging ideas about making art in the 1950s, especially in abstract sculpture or assemblage. After his experience at Syndell, Newman and Beat poet Bob Alexander started Dilexi in San Francisco in 1955. At that time, the city was considered the apex of culture with a museum dedicated to modern art as well as a growing counter culture.

Though Hopps had left Ferus to become curator and director of the Pasadena Art Museum, many of the Ferus artists continued to show at Dilexi in San Francisco. Newman opened a short- lived L.A. venue down the street from Ferus in 1963 with the Rolf Nelson as director. Newman, who parted from Alexander after the first year, remained closer to artists who lived and worked in the Bay Area.

This summer, the fascinating but rarely studied history of Dilexi Gallery (1958-1969) is the focus of a group of shows in four galleries in L.A. and two in San Francisco.

Some of the artists are well-known, others deserve to be. Co- organized by Laura Whitcomb, an independent curator, a catalog is forthcoming.

The largest portion of the exhibition opens this Saturday, June 22, at The Landing, a large warehouse of a space on Jefferson Blvd.. Titled Disparate Ontologies, the exhibition includes a wide-ranging group of works by more than two dozen artists that conveys the taste for experimentation that Newman embraced.

The progressive nature of San Francisco, with artist-run exhibition spaces and progressive art schools, meant that there was a growing interest in dance, Happenings and film-related art. One of the big moments in this show is a rare 1958 expressive abstract painting by Robert Morris just as his choreographer wife, Simone Forti had interested him in dance and movement. Soon after, they moved to New York, where those interests evolved as key components of his Minimalist art of the ‘60s. 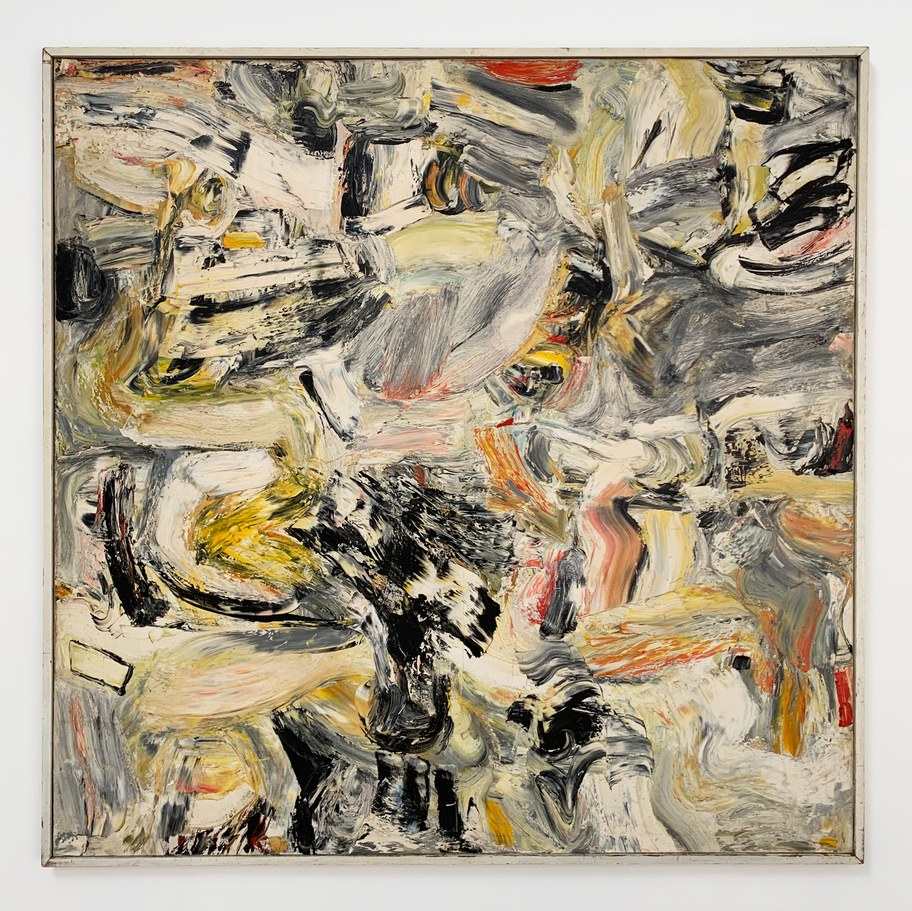 The interest in abstract expressionist painting that dominated the Bay Area can be seen in powerful pieces by Hassel Smith and Frank Lobdell. It can also be seen in the early work of L.A.- based artists like Ed Moses and Craig Kauffman. All showed at Ferus so the show proves the regular migration of artists and the constant recycling of ideas between the two cities. 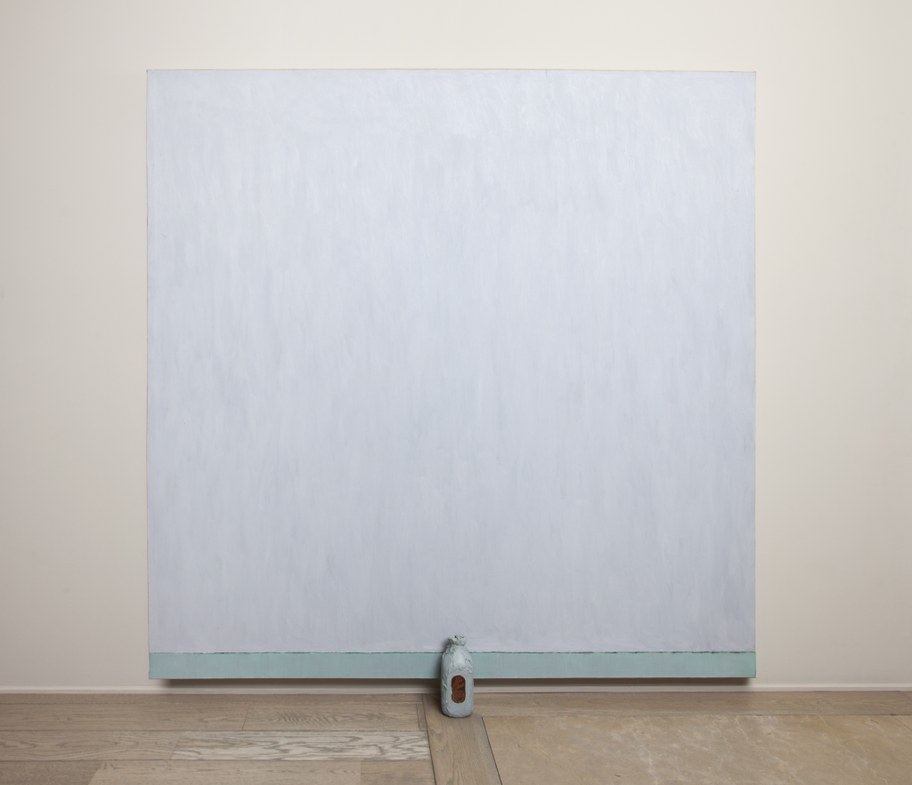 The Landing show also includes a major 1963 Milk Bottle painting by Joe Goode, who had his first solo show at the Dilexi in L.A. But Newman’s enduring legacy turned out to be his support of music, film and performance. After closing Dilexi in 1969, he funded 35 Happenings and produced films of work by Terry Riley, Sun Ra and Walter De Maria which were shown on KQED in San Francisco in the years before such work could be seen in any sort of public way. Many of these programs and some live performances will be held at The Landing over the course of the show, which continues to August 10.

At Parker Gallery, which is located in a series of rooms on the ground floor of a large Tudor style h ouse in Los Feliz, the selection of 14 works is titled Seeking The Unknown. On a pedestal near the front door stands an exceptional tablet-shaped sculpture by the mystic artist Jess, which remains in Newman’s own collection. 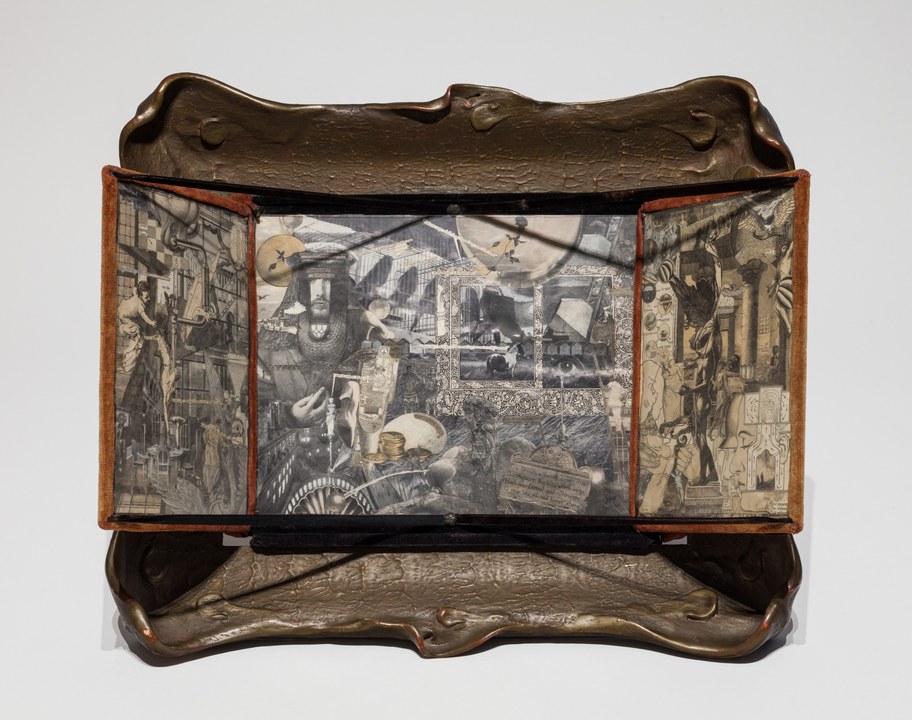 This work of collaged panels of black and white illustrations is set within a voluptuous bronze-colored frame. Peach-colored velvet on the reverse is set with silver sequins that state the title: Variations on Durer’s Melancholia (1960).

An icon of the Bay Area scene, Jess was known for his “paste- ups,” collages of carefully cut-out bits of illustrations and photographs. Along with his partner, poet Robert Duncan, he pursued research on arcane theories from the distant and recent past.

Eccentricity was in large supply especially in the paintings of Roy De Forest, who had the most shows at Dilexi. One of his early constructions Napoleon on St. Helena (1961) is a collection of molded and painted organic shapes mounted on a rectangle of painted white wood. The show continues through August 10.

Another aspect of Dilexi is called Totems and Phenomenology at Parrasch Heijnin downtown, opening Saturday, June 22. 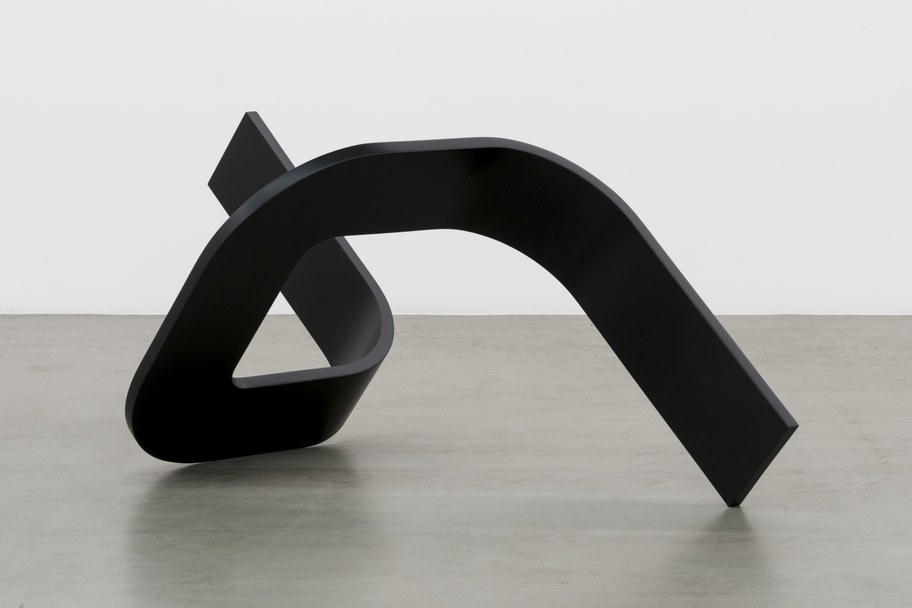 With work by five artists, it highlights the interest in perception that activated the work of Tony DeLap and Charles Ross. These artists were interested in ideas about mindfulness and seeing and spiritual presence. The show continues to Aug. 10. 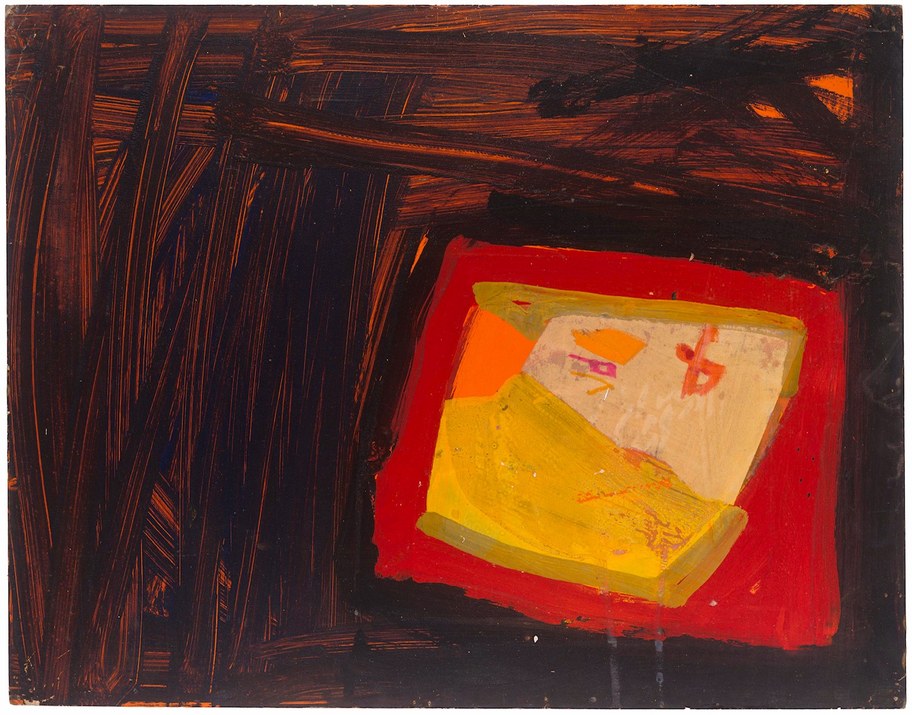 A key figure of LA and San Francisco art of the 1960s was Jay De Feo. A show of her work will open on July 13 at Marc Selwyn Fine Art.

Taken together, these exhibitions complicate and fulfill a history that is still being written. All the galleries deserve credit for starting to fill in those large gaps in the story.