Walking into Art & Empire: The Golden Age of Spain at the San Diego Museum of Art, a map on the wall reveals the geography behind the world’s most far -reaching empire from the 17th to 18th centuries. Red arrows describe the extensive trade routes from the Iberian Peninsula to New Spain, from much of what is now Southern California to the tip of South America, as well as the Caribbean, Philippines and parts of Italy and Belgium.

The enormous wealth that resulted enabled unprecedented patronage by the church and monarchy, bringing masterpieces of Italian and Flemish art to Spain in the 1500s evident in paintings here by Peter Paul Rubens. This impacted artists of the Iberian peninsula and the show includes paintings by Velázquez, Zurbarán and El Greco. 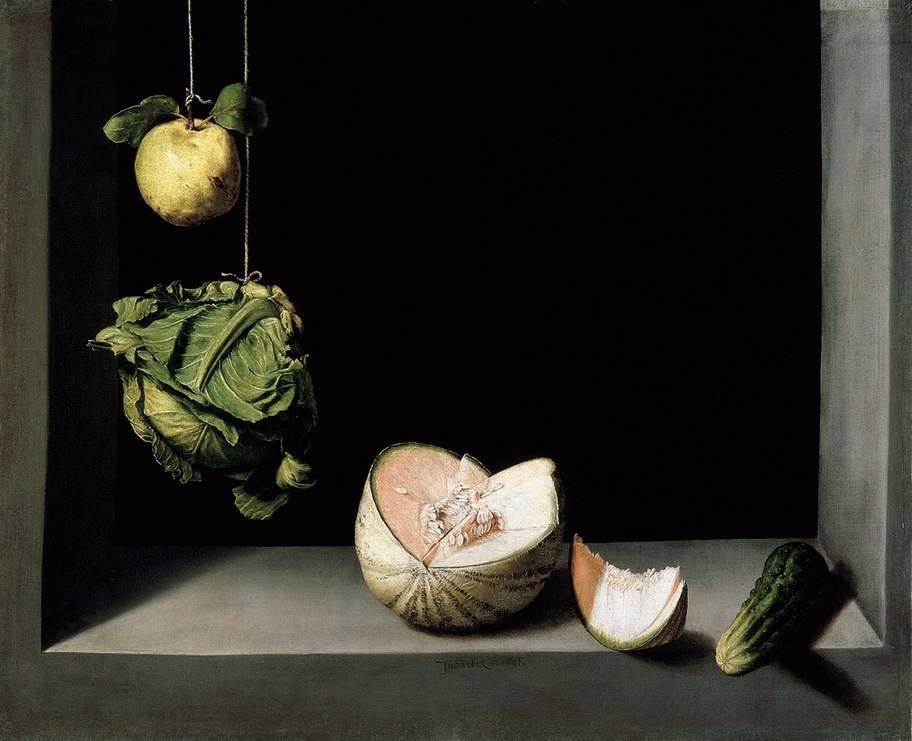 The point, however, is that the influences spread widely with Spanish artists emigrating to the colonies to live, teach and produce art for the emerging wealthy classes. Those artists as well as craftsmen and jewelers were in turn influenced by their time spent in the existing cultures of these many regions along with with trade with China and the Ottoman Empire. Organized by the museum’s curator Dr. Michael Brown, with more than 100 works in this show, the entire idea of a national art is overturned in favor of a global perspective.

At the outset, there are surprises including delightful Portrait of a Spanish Prince (1573) by the Milanese Sofonisba Anguissola, the most famouse woman artist of her time who came to Spain as tutor of Isabel of Valois, wife of the king. If her name is not familiar, there are two adjacent portraits of King Philip IV, the great Spanish patron, by Diego Velázquez, one from 1623, at the outset of his reign, the other decades later, showing the effects of struggle and age.

Both artists were courtiers with diplomatic duties and portraits painted by them and others were used to establish legitimacy and legacy through the two dozen realms controlled by Spain.

This extended to the most elevated figures of the Catholic church. 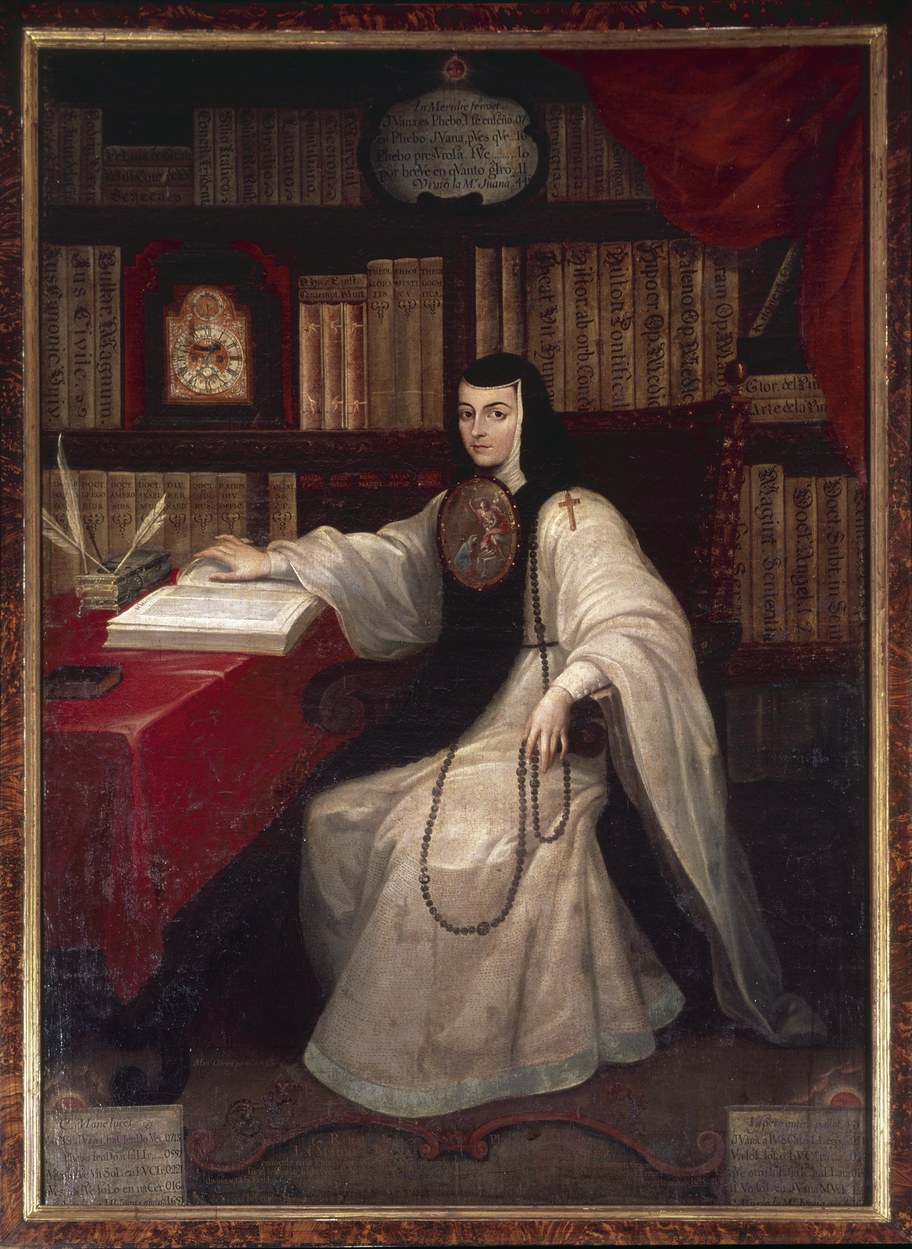 One of the most remarkable is a portrait of Sor Juana Ines de la Cruz (1750) by the Mexican artist Miguel Cabrera. She sits at a desk in a library symbolic of her status as one of the great intellects and poets in Spain. Cabrera also painted the 1759 Virgin of Guadalupe with Apparitions, the story of Mary’s appearance to the peasant Juan Diego Cuauhtlatoazin, an image that remains potent to this day. Cabrera melded the gilding and lapidary colors of High Renaissance art to this story of humility and grace. 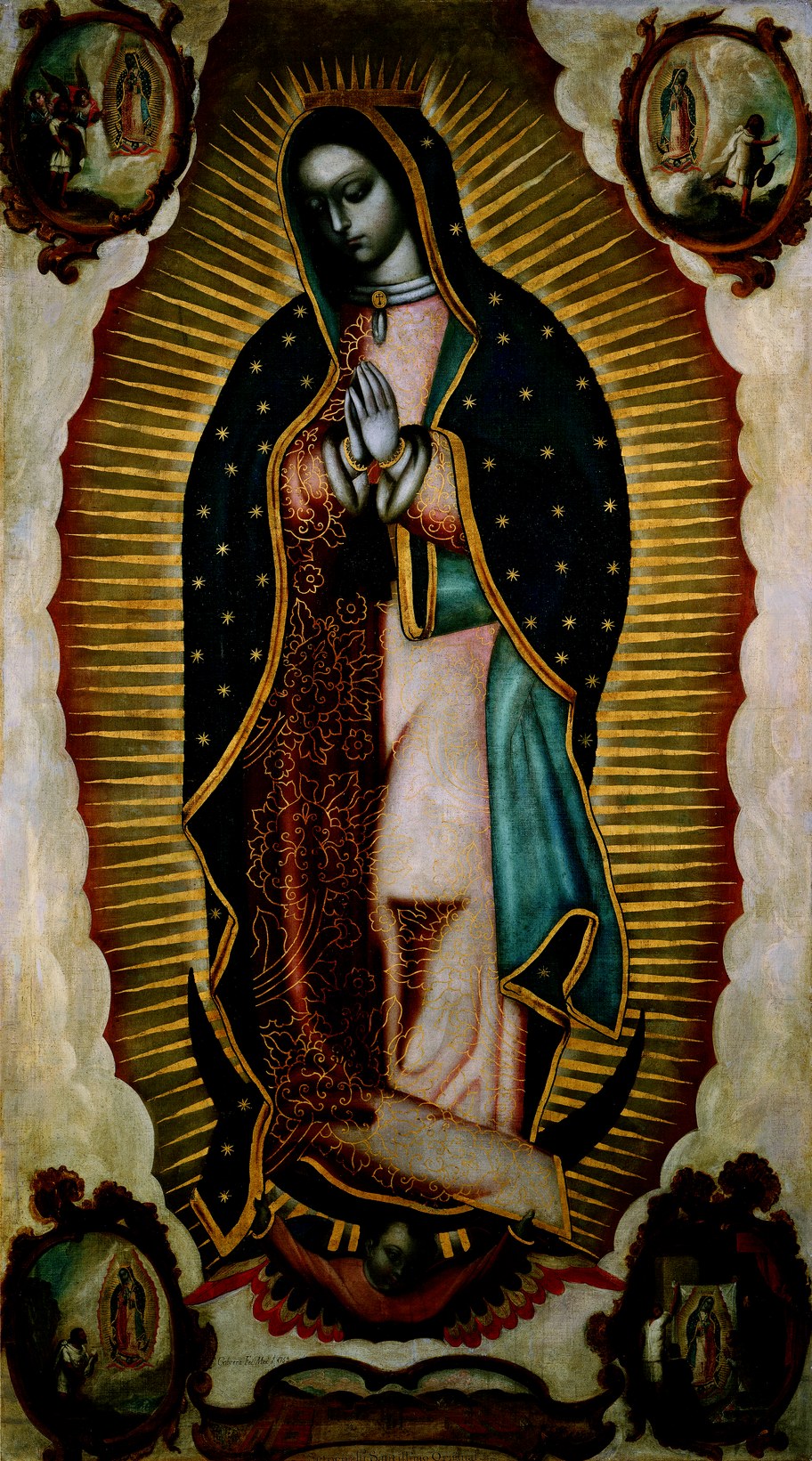 Following the Council of Trent in 1563, the church established guidelines for carrying the message to the people regardless of education or position. Spain became the leading force in the Counter Reformation, the response to the Protestant Reformation. Saints and archangels and narratives of good and evil abound in painting and polychromed, gilded wood carvings.

Devotion emerges in much of the art and a chapel-like gallery has been built for a number of those paintings where the atmosphere is enhanced by a soft recording of Lux Eterna, sacred music written in 1997 by contemporary Morton Lauridsen. 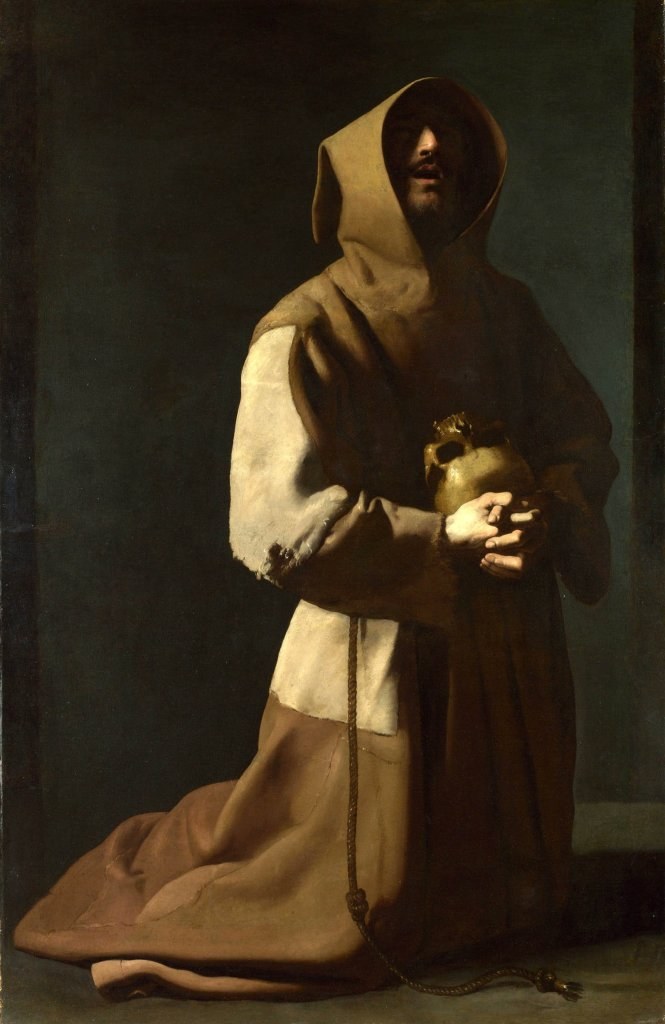 Even still life painting is freighted with spiritual symbolism including the pellucid realism of Spanish artist Francisco de Zurbarán, with a heartbreaking Agnes Dei (1635-1640), the lamb of God lying with feet bound, ready for slaughter, but endowed with a silvery halo above its curly head.

It’s hard to imagine a better location for this show, either. The San Diego Museum of Art was built for the 1915 Panama- California Exposition, which was one of the first to applaud Spanish culture, and the building has five of the artists built into its facade — Velázquez, Zurbarán, Murillo, Ribera and El Greco. But this is the first time they have all been included in an exhibition there. It is worth the trip. The show continues through Sep 2.