Celebrating the Anniversaries of Bauhaus and Rembrandt One of the most influential art schools of the last century – Bauhaus – was founded 100 years ago in Weimar, Germany. The Getty Research Institute marks this 100 th anniversary with a new exhibition, Bauhaus Beginnings, which pulls from its archives prints, drawings, photographs, and other material. In spite of the devastation of WWI from 1914-1918, the following year, in 1919, a group of avant-garde European artists developed a bold vision of a school of design and a model of education that would bridge the fine and applied arts. 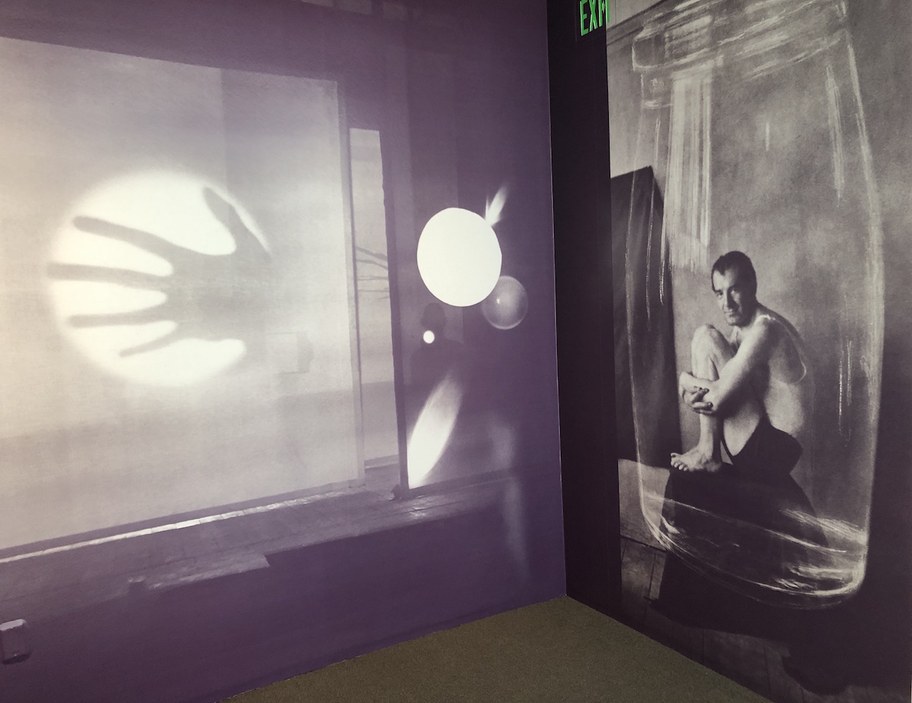 The Getty’s exhibition emphasizes the contributions made by Bauhaus founder German artist Walter Gropius (1883-1969), Hungarian artist László Moholy-Nagy (1895- 1946), Russian artist Vassily Kandinsky (1866-1944), and Swiss artist Paul Klee (1879- 1940), just to mention a few of the teachers. The overall design of the exhibition, with particularly elegant floating geometric display cabinets, has an echo of the Bauhaus aesthetic. 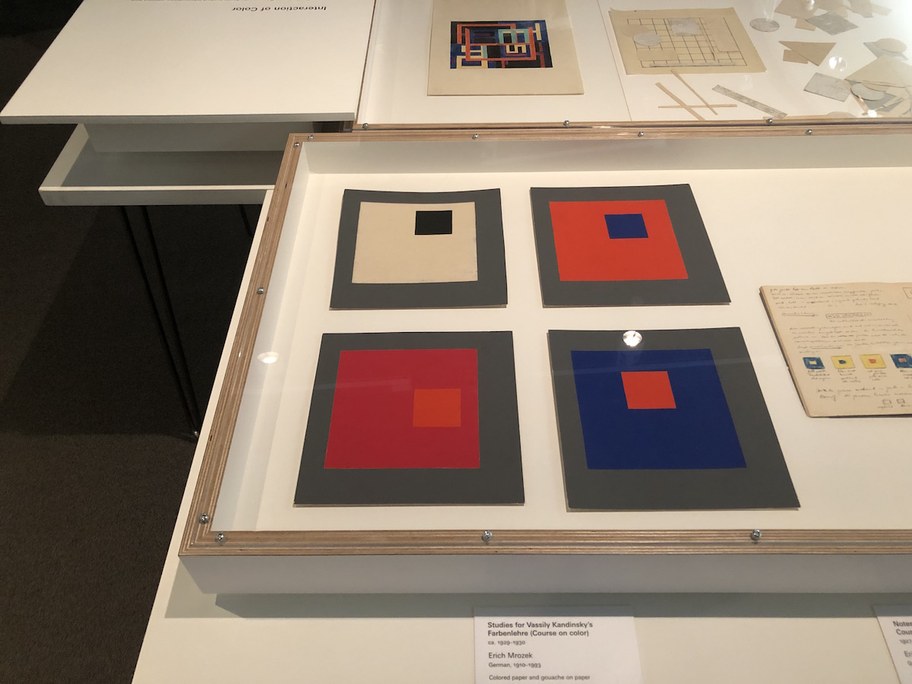 One quote from the exhibition by Kandinsky emphasizes the spiritual and emotional significance of art: “Every work of art is the child of its age and, in many cases, the mother of our emotions.”

Here, in Southern California, two major American art schools – CalArts and ArtCenter College of Design – are philosophical descendants of Bauhaus, uniting the practices of architecture and design alongside the fine arts. 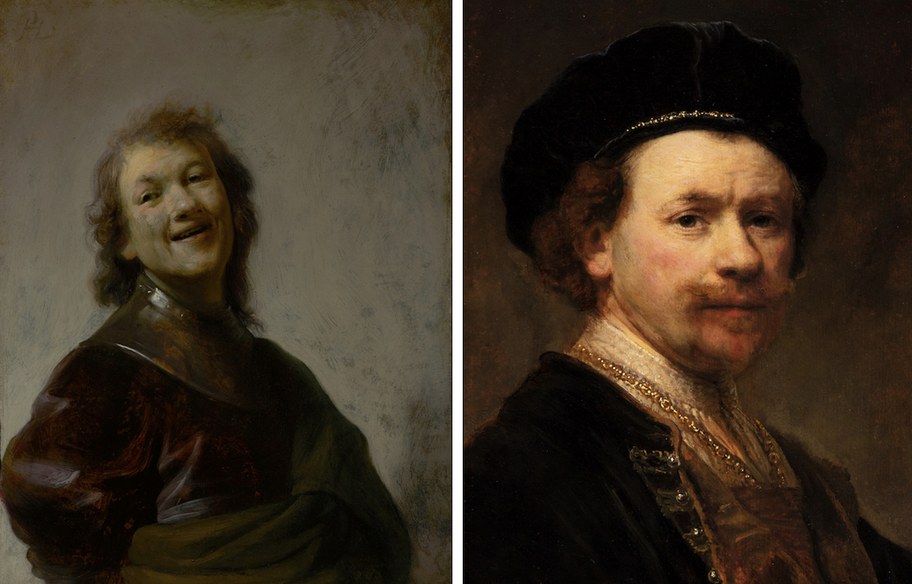 Another anniversary – 350 years since the death of Rembrandt – is honored by 5 Southern California museums with a virtual exhibition of 14 of his paintings held by The Getty, LACMA, Norton Simon Museum, The Hammer, and Timken Museum of Art. Just imagine the pleasure of paying homage to Rembrandt with a short trip from The Getty to Norton Simon to see his self-portraits when he was only 22 and then 30 years old. 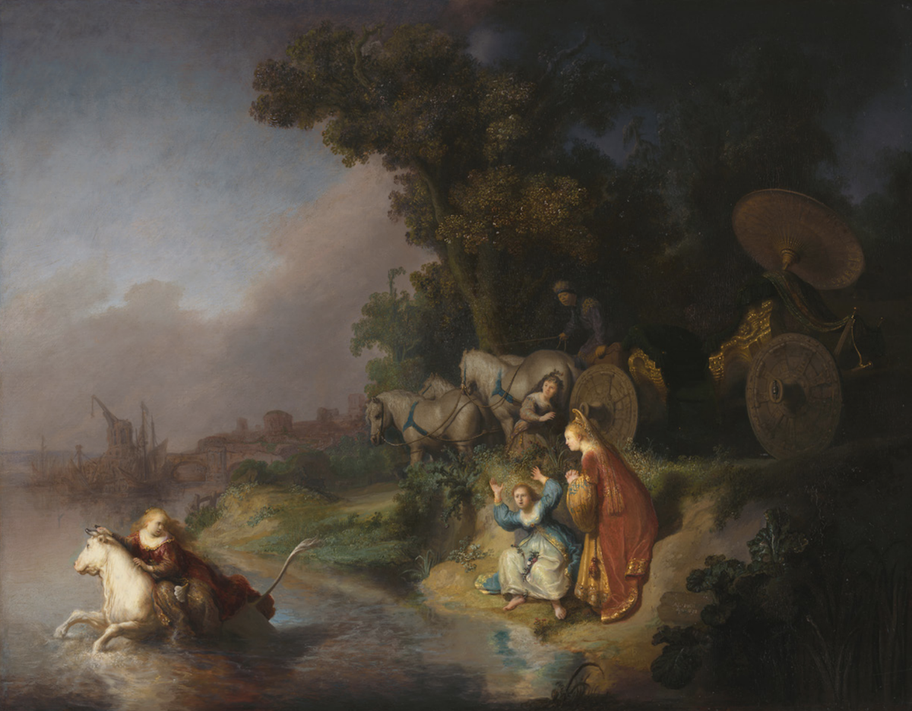 One of his earlier paintings held by The Getty, The Rape of Europa, shows the Greek god Zeus, in the form of a bull, abducting Europa, whose face has a striking resemblance to Rembrandt’s wife, Saskia. 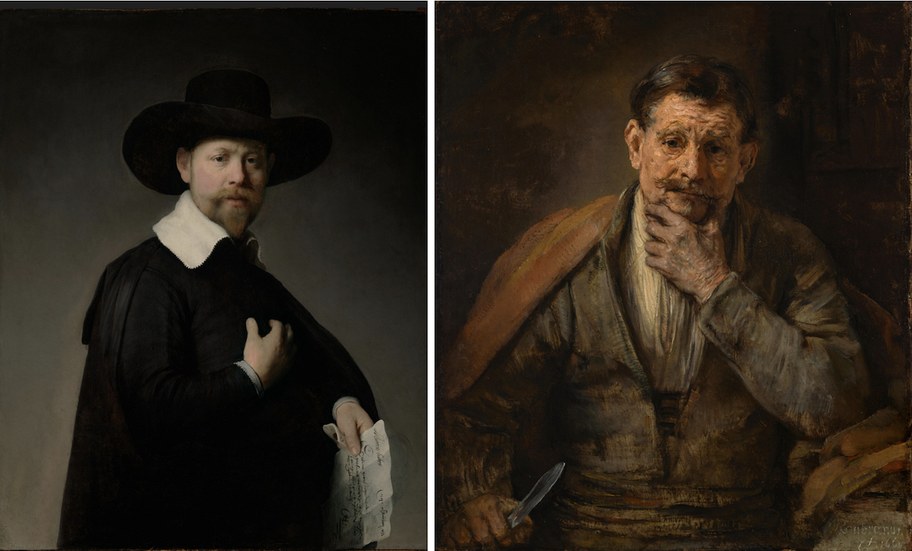 During his lifetime, Rembrandt experienced and enjoyed not only fame and fortune, but also having been ignored and forgotten. His early style, with careful brushstrokes and complimentary portrayal of well-to-do clients, reflected the taste of wealthy Dutch merchants. But, toward the end of his career, his art dramatically changed. The smooth surface of his early paintings transformed into wild, distinct brushwork. His cool palette became much more muddy and earthy. And, complimentary presentation gave way to a deeper, psychological exploration of character.

Rembrandt paid a dear price for these profound changes in his art. He was no longer considered a desirable artist for commissions, and so he sank into poverty, lost his house, moved into the poorest neighborhood in Amsterdam, and was buried in an unmarked grave. 350 years later, he is celebrated as one of the greatest artists of all time.

Wouldn’t it be remarkable if all five Southern California museums worked together to pay homage to Rembrandt not only through a virtual exhibition, but by exhibiting all 14 paintings in one real exhibition? Of course, the logistics of such an exhibition would be overwhelming. But, the magic of Rembrandt’s art is worth it…