This week, you can: Learn about traditional Zapotec weaving; watch a film about iconic '70s designer Halston; celebrate the history and architecture of Long Beach; see how local DTLA makers make it; and hear architecture critic Paul Goldberger talk about the connection between ballparks, cities and culture.

Renowned Zapotec weaver Porfirio Gutiérrez, 38, learned his craft from his father at the age of 12, continuing a trade in Teotitlán del Valle, Oaxaca, Mexico that has been in his culture for thousands of years. A quarter century later, while weaving is still a source of income for some Zapotecos, many have opted for modern techniques that save time and money over the old ways, like chemical dyes instead of natural dyes made from plants, minerals and insects. Meanwhile, most youngsters no longer grow up weaving due to school or other opportunities. Gutiérrez retains a passion for his ancestors’ weaving techniques and will share them Wednesday at the UCLA's Fowler Museum. Arguably the first American celebrity fashion designer, Roy Halston Frowick​, known by the single moniker Halston, came from a childhood in Iowa to create the sexy-flowing look that defined the 1970's.  Directed by Frédéric Tcheng (Dior and I; Diana Vreeland: The Eye Has to Travel) and produced by Roland Ballester, Halston weaves a partially scripted format with rare archival footage and intimate interviews - including ​Liza Minnelli​, ​Andy Warhol​, his niece​ Lesley Frowick, and filmmaker ​Joel Schumacher - to create a textured, behind-the-scenes look at the famed designer's life and the friction between his artistic talents and business pressures. LACMA will screen the movie Thursday night, followed by a conversation with Tcheng and Ballester.

Tickets: Free. You can reserve up to two tickets here. 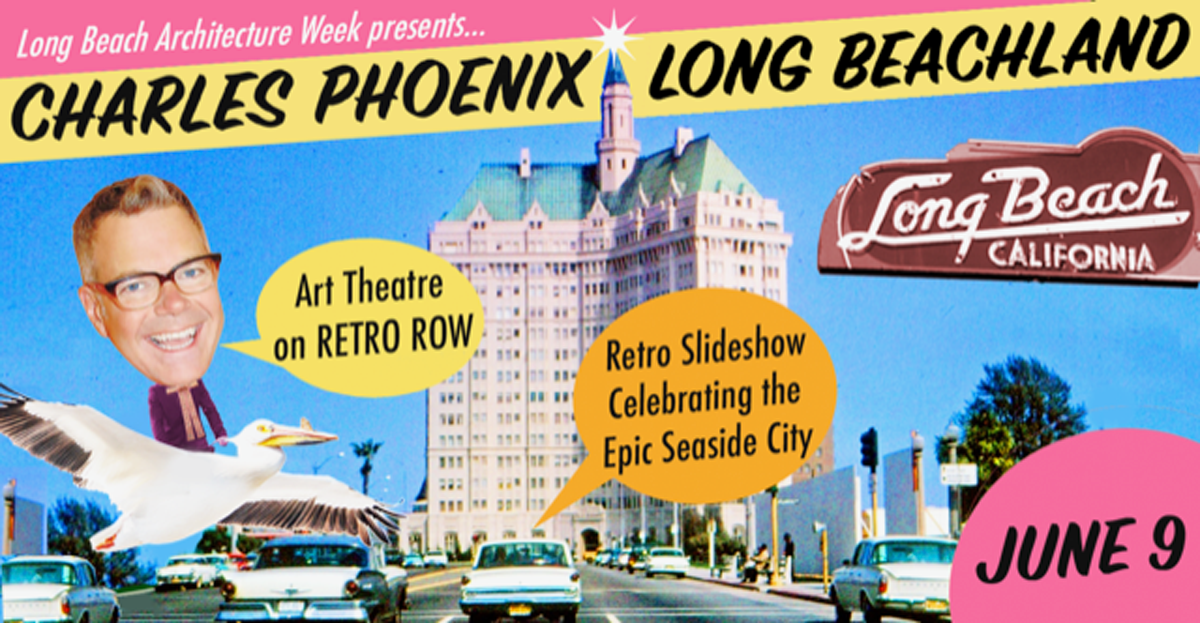 Following a major earthquake in 1933, Long Beach was rebuilt in the Art Deco style in vogue at the time. The better part of a century later, Long Beach still has a rich representation of Art Deco and Modern gems.  Learn more about this legacy during Long Beach Home + Living, Long Beach Architecture Week, a series of tours, events and educational programs starting Friday.  The week kicks off with a 'Roaring Metropolis' party, where guests are invited to dress in their best 1920s/1930s outfits, dance to swing music and sip period cocktails. From there, explore the Art Deco buildings in Downtown Long Beach (also heralding from the '20s/'30s), tour Heritage Homes from architects Miner Smith, Cliff May, Hugh Davies and more; check out contemporary designs for the new (completion slated for summer 2019) Civic Center and Public Library, the Long Beach Museum of Art (designed by Frederick Fisher), and CSULB; join panel discussions on Urban Growth, and learn about Historic Downtown.  Close down the event a week from Sunday at 4th Street Vine with a daylong party with food, drink and live music.

Tickets: Opening Party $45. You can get tickets here. List of all ticketed and free events here.

One of the stops on the MakerWalk, Angel City Lumber intercepts the fallen trees of our community from the waste stream and transforms them into lumber.

MakerWalk LA is a self-guided walking tour in DTLA's Arts District that puts a spotlight on local manufacturing by opening the doors to the people, the machines and the processes that put it all together. The annual tour, launched last year by Krisztina “Z” Holly, of MAKE IT IN LA, illustrates the transition underway in the arts district, once home to factories and rail freight businesses, then artists, and now boutique tech, food and craft industries. The tour includes stops at Soylent Innovation Lab, Two Bit Circus, Cartwheel Art, Crafted Kitchen LA and Green Bar Distillery.  A VIP party follows, featuring libations from Greenbar Distillery and Califia Farms.  Read more about all the makers here.

Where: Tours are within walking distance around the DTLA Arts District. Check in at the LaKretz Innovation Campus, 525 S. Hewitt St., Los Angeles 90013.

Tickets: Tours and Demos are Free. *VIP ticket to after party $75.  You can RSVP and get tickets here.

In 1957, the Dodgers famously moved from Ebbets Field in Brooklyn to become the Los Angeles Dodgers, playing first in the Los Angeles Memorial Coliseum before moving to the Emil Praeger-designed Dodger Stadium in 1962.

Can the ballparks of America's 'favorite pastime' tell the stories of American cities and culture? In his new book, Ballpark, architecture critic Paul Goldberger explores the connection between ballgame venues and the cities they are in, and reveals the societal shifts reflected by nearly two centuries of changing locations and architecture. Throughout the book, Goldberger shows the ways in which baseball’s history is concurrent with our cultural history: the rise of urban parks and public transportation; the development of new building materials; and the evolution of engineering and design skills.  Join Goldberg and Archinect founder and director Paul Petrunia this Friday, in conversation about the book.  Book signing to follow.