While the Trump administration warns of a so-called “caravan” of Central Americans trying to come north, there’s reverse flow as well. Tijuana has become a hotbed of design, and cross-border collaborations are increasing.

“It seems that more people, especially on the American side, are hungrier to support cross-border things and go over the border as almost like an ‘F U’ to Trump,” said Alan Lilienthal, a musician based in San Diego and Tijuana and part of a binational hip-hop group called Tulengua. “It seems like it has pressurized the community to be like, ‘oh, Tijuana is right there.’ More San Diegans, especially creative youths, are mindful of that and are supporting artists on the other side of the border more.”

Alan’s brother Itamar Lilienthal makes furniture and products, also on both sides of the border.

“Each side has its own unique identity and unique skills you could say. In Tijuana you have incredibly artistic artisans and manufacturing jobs that if you're building furniture or you’re building products, you have access to that in San Diego. You have really good, not only funding, but you have just really creative clients and opportunities that come about from the California side,” said Itamar. “So it was really this idea of using design to not only foster more cross-border collaboration but through cross-border collaboration, create more sustainable products.”

Itamar was part of a Mexican design pop-up in LA called NERO 48. It took place in a newly finished, upscale rental building at Fairfax and San Vicente. You could wander through show-apartments where they were showcasing contemporary homewares, art, furniture and fashion from Tijuana and beyond.

Now, Tijuana came into being largely because of its location at the US border. It was a party destination during prohibition and then later a hub for maquiladoras. Ten years ago, after the economic collapse, things got very bad. But designers and artists and chefs began to take back the city.

Itamar Lilienthal makes a cushion called a bombo out of recycled material, buckwheat hulls and an inflatable air bladder. He says he had larger goals than simply to provide seat support.

“The beauty of that is it's all made in what I call Las Californias. And that means that the air bladder itself is made here in LA. All the fabrics that we use are the deadstock are those surplus fabrics from local upholsterers. And then all the labor itself, all the finishing touches is made half of it in Chula Vista which is the south of San Diego and half in Tijuana.”

His brother Alan Lilienthal hopes to create unity with music. He plays in a binational hip-hop group called Tulengua, and their forthcoming mixtape is called “Baja Funk.”

So what is the emerging Tijuana aesthetic?

Itamar described it as “finding trash, making it beautiful, and transforming it to the point that you can't even tell it was trash to begin with.”

Alan added that it’s less of an “external physical aesthetic,” and “more unified by a psychology and an approach” that is “extremely resourceful, using whatever you have, waste, trash whatever it is, to make beautiful things. It's also very resilient and strong willed.”

“I think there is a big warrior spirit in the young creative class of Tijuana that is hungry to establish itself as way more than its historic reputation as a city of vices,” Alan added. “The young people in Tijuana -- and in San Diego too -- are very hungry to show the world that... there is really some beautiful things happening.” 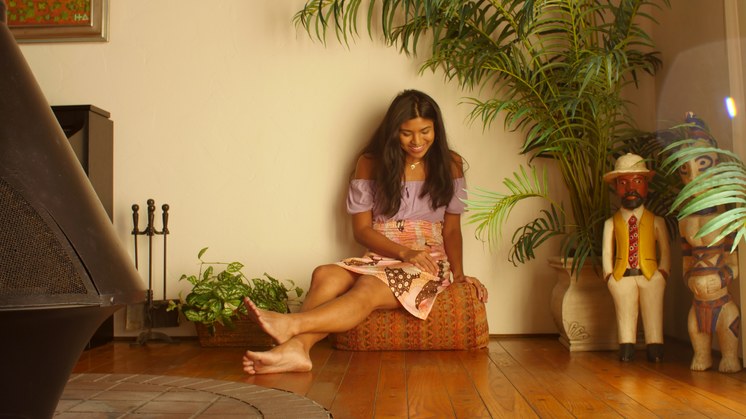 An advertisement for the bombo, a cushion sold by Casa Tamarindo, a binational design house based in San Diego and Tijuana. Photo Courtesy of Casa Tamarindo.

While the Trump administration warns of a so-called “caravan” of Central Americans trying to come north, there’s reverse flow as well. Tijuana has become a hotbed of design,...

If roads are to be safer for cyclists, bicycle commuting needs to be normalized, say experts, and that means encouraging a wide range of people to cycle. And that includes...