XPRIZE’s $1 million face mask contest, and the link between urban design and immunity XPRIZE calls on young people to create a surgical quality mask that people will want to wear. Image courtesy of XPRIZE

The XPRIZE Foundation is known for hosting lucrative competitions to solve some of the big challenges of our time. They have tackled space travel, the oceans and robotics.

Now it is taking on face masks. XPRIZE has launched the “Next-Gen Mask Challenge.” One million dollars will go to three teams of 15 to 24 year olds who can design a mask that people want to wear. Competitors must solve five of the many deterrents to mask-wearing, and make it fashion-forward.

“We did a survey of thousands of people around the world to tell us, ‘If you don't currently wear a face mask, why?’” explains Emily Musil Church, Executive Director of XPRIZE Equity Domain.

Among the top answers: “They're too hot. I can't have a conversation. It hurts my ears. They fog up my glasses. I can't eat or drink while I'm wearing a mask.” 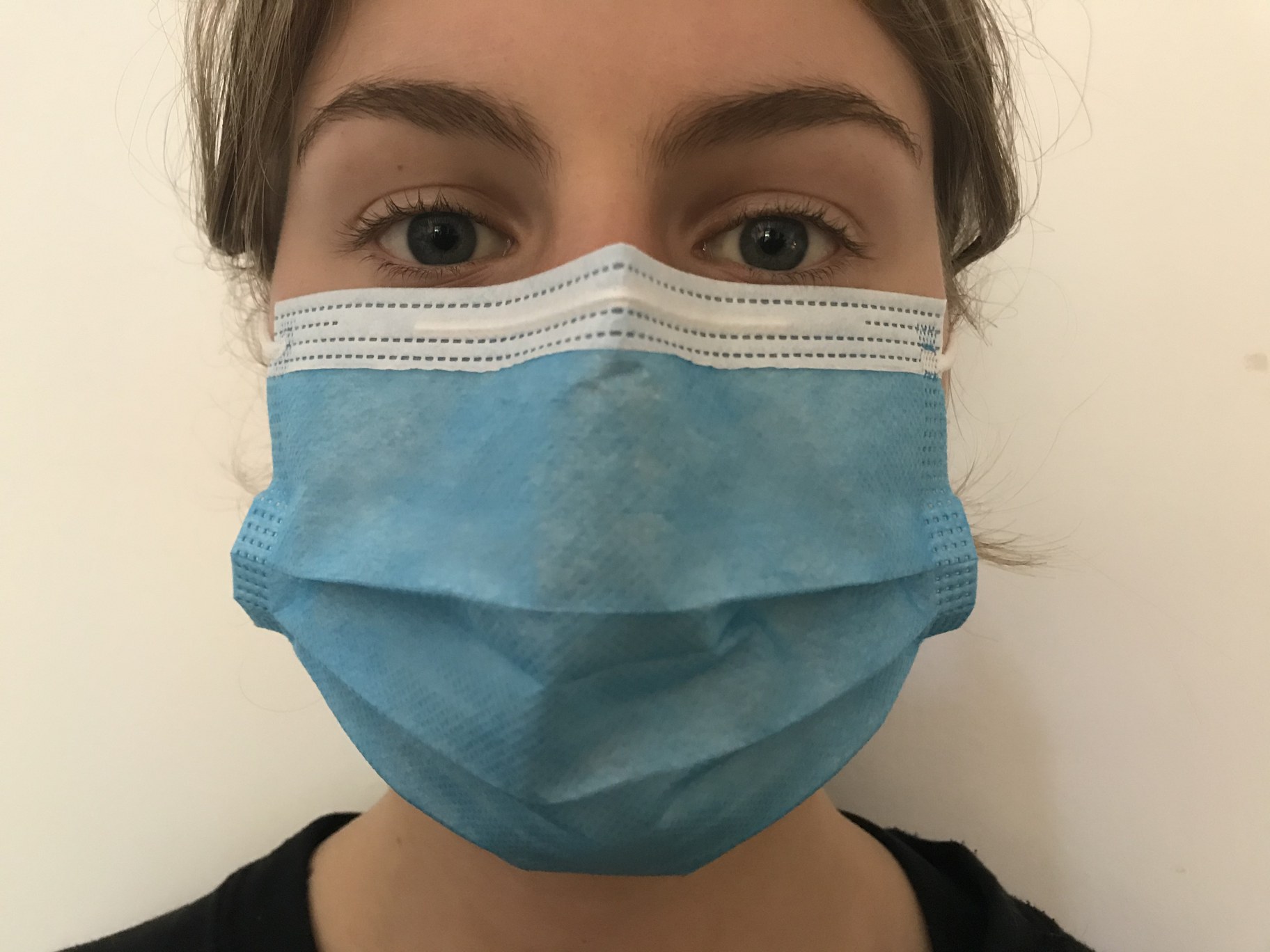 Masks don’t have to look like this. Photo by Frances Anderton/KCRW

XPRIZE is inviting teenagers and young adults to get creative as they’re stuck at home. The first step is to produce a digital concept of a mask. Shortlisted teams will then partner with a manufacturer to test market viability, and their designs will be assessed by cultural influencers. The final five will pitch their ideas to a panel of big brands, Shark Tank style. The prize purse goes to the final three teams.

Does the winning mask have to be a typical mask, covering nose and mouth and tucked under the chin? No, says Church. “The point is to get people dislodged from this one notion about a mask. It's got to be able to actually protect you and others in your community. But what it looks like, how it functions, whether there's a shield on it, what materials, the shape — it could be whatever they imagine.” 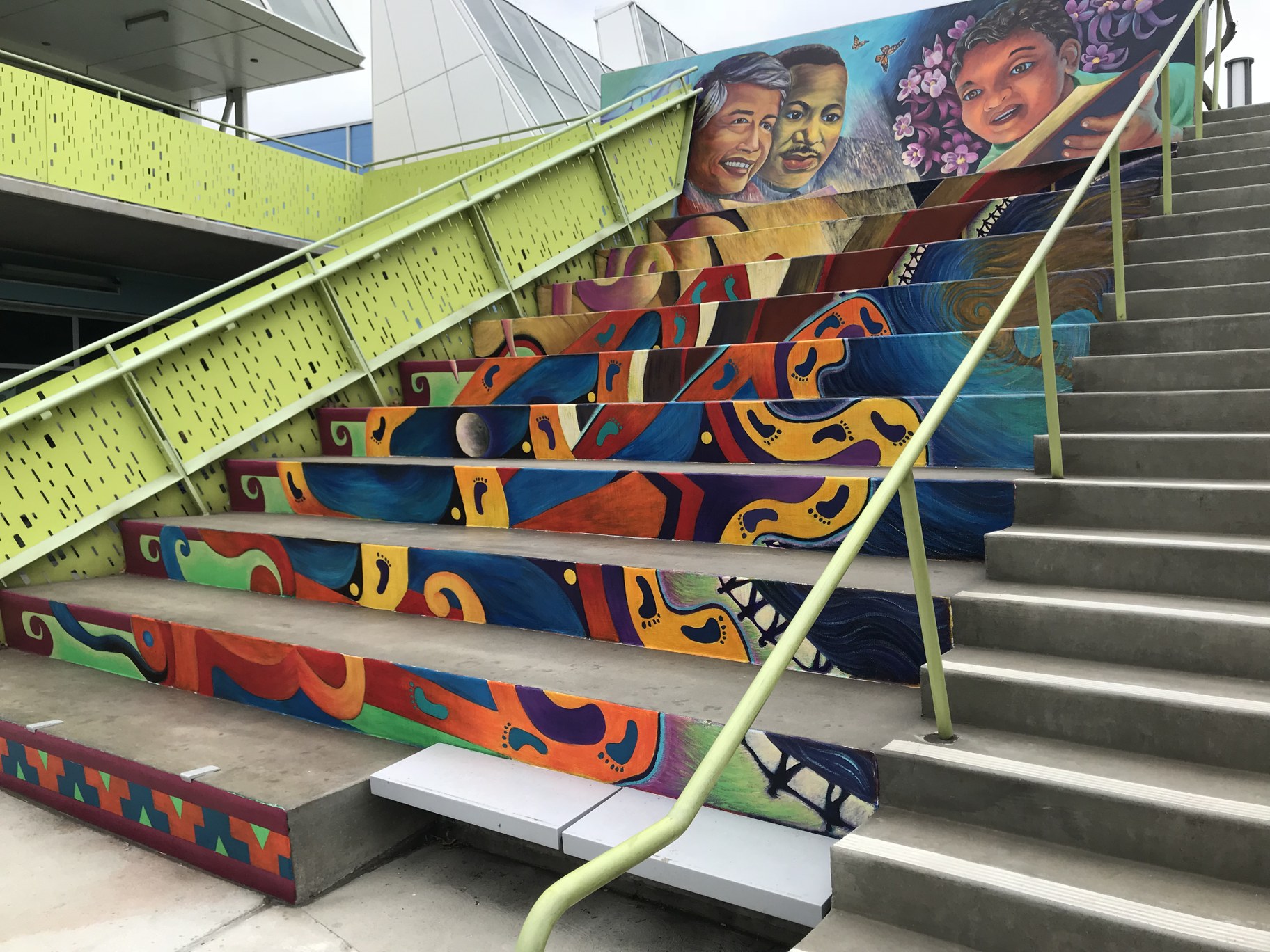 Dr. Richard Jackson says designers should make stairs attractive so people will want to use them. A good example is this stairway that also serves as seating at Edison Language Academy in Santa Monica. The mural is by Edison teacher Martha Ramirez Oropeza. Photo by Frances Anderton/KCRW

Dr. Richard Jackson, professor emeritus at UCLA, was working as a pediatrician and kept running into health threats that were connected to buildings and infrastructure.

For example, car crashes and climate change. “There are about 10 issues related to the built environment that cause climate heating: the removal of trees, blacktop roadways, excessive use of fossil fuels, pollution, and greenhouse gas,” he says.

Jackson observed a connection between depression and isolated living spaces. He also noticed an uptick of obesity and type 2 diabetes. He identifies car dependence, the loss of walkable neighborhoods, and poor diet as contributing factors.

“When we engineer the ability for people to be physically active out of their lives, we are actually setting them up for type 2 diabetes.”

Jackson points out that many thriving, walkable Black communities were destroyed by freeway construction and urban renewal after World War II.

Residents in his state of New Jersey, for example, were displaced into so-called projects. “A couple of them are about 30 stories tall, with no sight lines, no good sound insulation. They were not built to encourage community,” he says.

He cites studies showing that people living in communities built with pleasant settings, trees, and green space tend to have better health than those who lack it.

Jackson talks with DnA about the many features of buildings and cities that could use  design improvements to make them more welcoming to active living. Examples include green roofs, wide sidewalks, bike lanes, and staircases that are bright and clean.

He talks about the reclamation of the Los Angeles River and why turning it into a linear park is essential. It runs through communities in South LA that are “the poorest, the least physically active, with the most obese, most diabetes, least amount of access to fruits and vegetables, and the least amount of parks in all of Los Angeles.”

Jackson now works with municipalities to help them design healthy communities. But he says it is a challenge to change the built environment, even for well-intentioned developers, because of the profit motive. “The pressure that they're getting from the banks, from the lenders, from other sources to get that rapid return is crazy.” 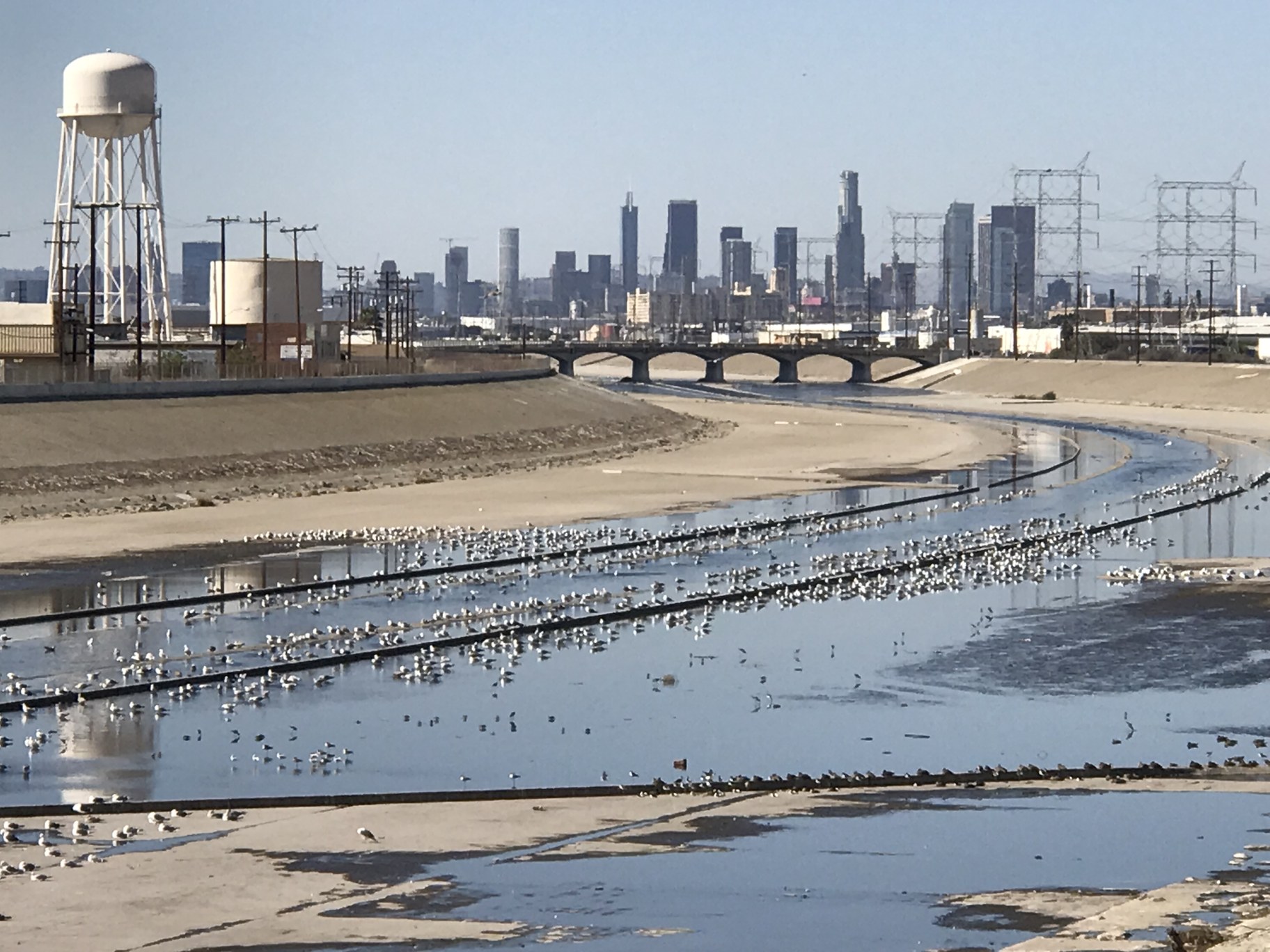 The Los Angeles River flows through some of the poorest neighborhoods in South LA. Dr. Richard Jackson says health outcomes will improve if the river becomes a linear park. Photo by Frances Anderton/KCRW
More
Credits