The exact cause of the fatal blaze that consumed London's Grenfell Tower in the Borough of Kensington is not yet known, but the findings will be closely watched by fire safety experts, designers and builders worldwide. That includes in Los Angeles where new high-rise towers are under construction, and some older towers are being retrofitted. 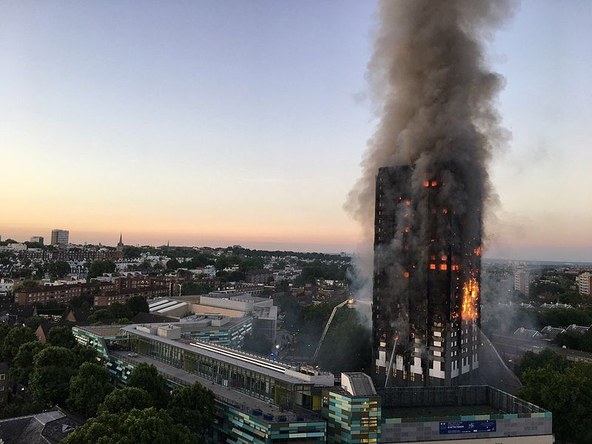 To find out more, DnA turned to Nathan Wittasek. He is a former fireman, now a fire protection engineer who has consulted on many high rises including Wilshire Grand, LA's tallest building which opens later this week. He talks about cultural attitudes to fire prevention, the challenges of retrofitting older towers, and lessons learned from past disasters that have made US towers much safer.

The exact cause of the fatal blaze that consumed London's Grenfell Tower in the Borough of Kensington is not yet known, but the findings will be closely watched by fire...

The owners of a new apartment complex in downtown LA are tapping artists for help marketing their building, OLiVE DTLA. They've launched a competition for an artist in...

Have you thought about adopting a cat, dog or bunny but can't quite take the leap? Perhaps a spin on a giant, humanscale hamster wheel under the watchful eye of a giant...