Looking for Thanksgiving menu ideas for the design and architecture fans in your life?

Take a page from a new art project in the guise of a cookbook. It’s called “Le Corbuffet: Edible Art and Design Classics.”

“Le Corbuffet” references Le Corbusier, the Swiss-French architect and one of the fathers of Modernism.

The cookbook is by Esther Choi, an artist and scholar who got the idea during a research project in London, when she came across a menu for a farewell dinner in 1937 for the founder of the Bauhaus School, Walter Gropius.

“It really caught my eye because having been to many different archives, the menu actually said more about Gropius’ stature and his relationships in the cultural scene in London at the time than a lot of other types of documentation that you'd come across in an archive would,” Choi says. “And so you see Gropius enjoying salmon in lobster sauce and having a four or five course meal during a time of rations in London.” 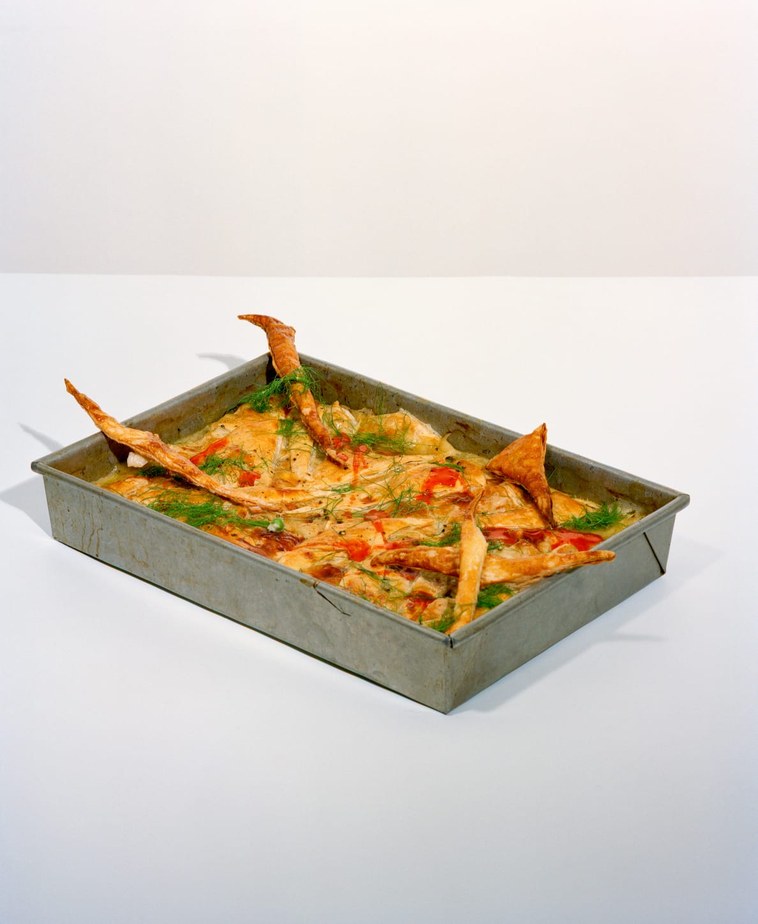 Choi was inspired by this menu, and she went home to Brooklyn and threw a “very fluxus-inspired 60s happening” in the form of a dinner party.

The dinner party “became an opportunity for us to enjoy food together, but sort of laugh at the pretension, of all these things that we basically spend a lot of time studying or curating or promoting in some way,” Choi says.

That led to a series of happenings, inspired by the late 1960s art movement that emphasized the artistic process over the finished product. Choi’s publisher, Prestel, caught wind of it and asked her to publish a cookbook inspired by the series. 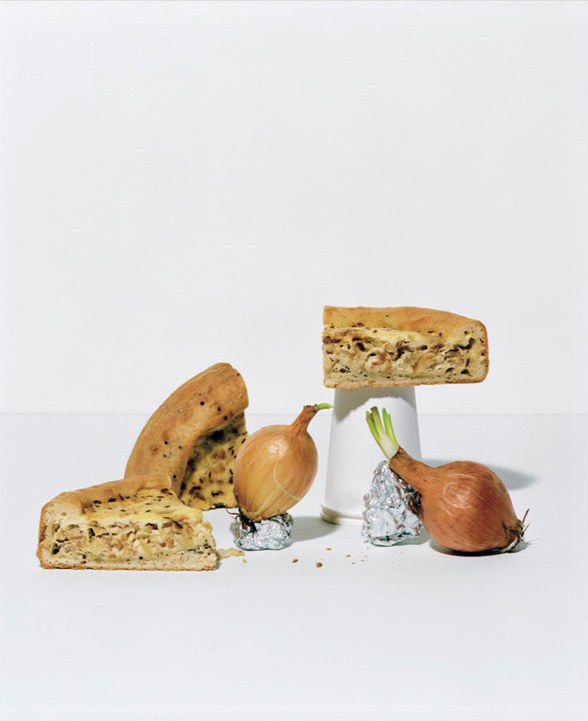 The food that is photographed in the book looks messy and unprofessional. Choi says she was “trying to actively push against representations of food in food culture today.”

Some of the recipes tie into the artist’s work. For example, with Jorge Pardo Whipped Lardo, Choi references how in Pardo’s work, “a lamp is not necessarily merely a lamp, or a tile is not merely a tile. So I thought it might be interesting if we think about Lardo in the same way ... what happens when that very utilitarian substance like fat becomes that the actual main part of the dish?” 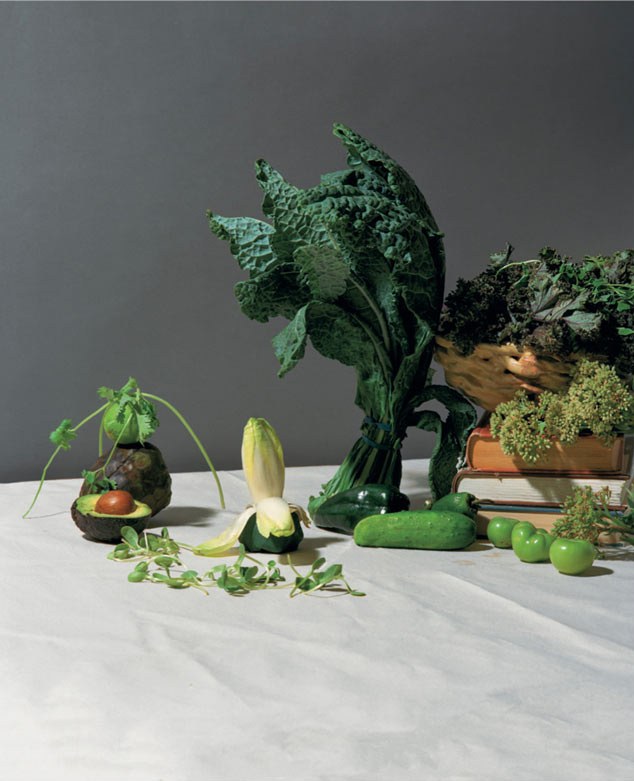 Another recipe, Shigeru Banchan Two Ways, draws inspiration from Japanese architect Shigeru Ban, as well as banchan, small Korean side dishes that are communally shared. Ban famously used recycled cardboard tubes to build emergency shelters, and Choi similarly uses the lowly cucumber as a base for a spicy cucumber salad and stir-fried cucumbers.

Choi says Ban “is an example of an architect that privileges resourcefulness over resources.”

She adds that “a lot of Korean food is very simple,  and it doesn't cost a lot to make, and that's part of the ethos of Korean food.” 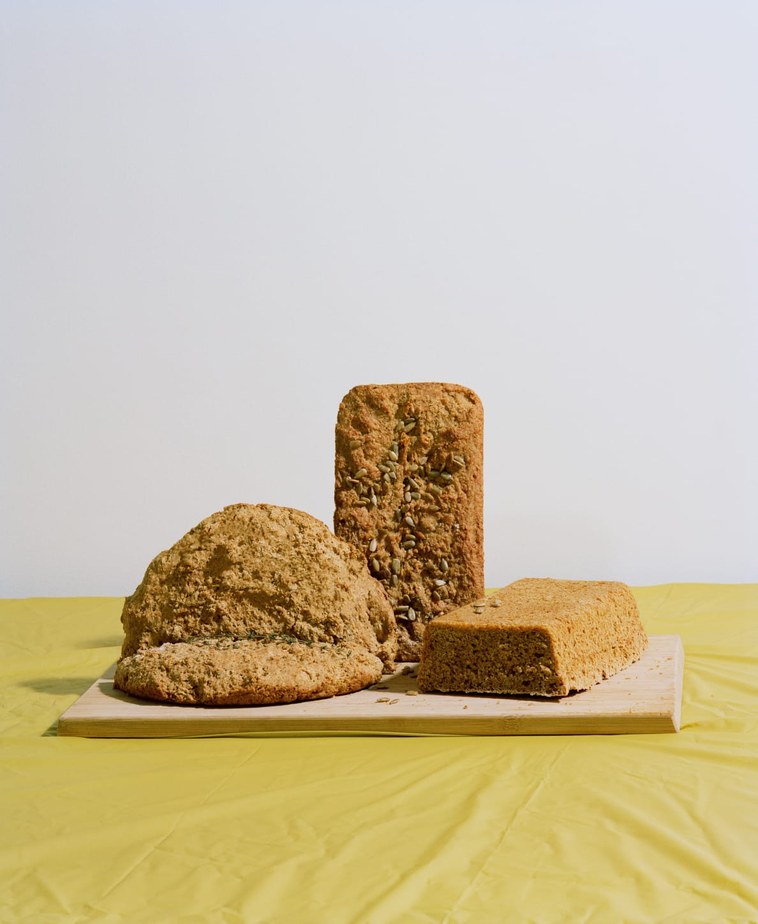 Choi says her book would lend itself well to a Thanksgiving meal. Her own family is an “eclectic group of human beings ... so for that reason, anytime we had Thanksgiving or Christmas, the buffet spread was very confusing as a child. So you'd have lasagna, kimchi, mango salad.”

Some of the recipes are designed for a communal experience like Thanksgiving. Choi has a recipe for okonomiyaki, a Japanese savory pancake. She calls it Yokonomiyaki, a reference to conceptual artist Yoko Ono and her 1964 performance “Cut Piece,” in which audience members were invited to cut off pieces of her clothing.

For this recipe, guests add (to the shredded cabbage) fragments of ginger, seaweed, bonito, and tempura bits. Then they snip off bits of the pancake with scissors to “activate questions around the politics of sharing,” Choi says.

A pillar of Los Angeles architecture, Ray Kappe, died on November 21 at age 92. Kappe was the architect of numerous houses in the California Modernist tradition,...

Subliminal messaging in the car colors at the LA Auto Show

Go to the LA Auto Show at the Convention Center, and of course all the cars will be vivid colors.

Looking for Thanksgiving menu ideas for the design and architecture fans in your life? Take a page from a new art project in the guise of a cookbook. It’s called “Le...