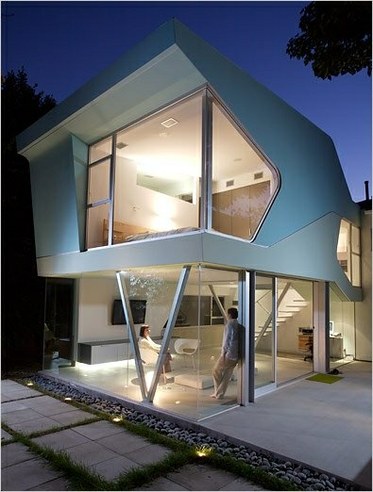 Eric Alan and Rhonda Woo seem like your typical Los Angeles couple. Eric is a creative director and Rhonda is a fine artist. They have three daughters and live in West LA. But ten years ago they joined 31 other families to be part of a UCLA anthropological study that looked at middle class families and their material goods. Researchers came to their house and observed them as they went about their daily lives. Along the way, says Eric, something happened: They realized that in the hurly-burly of raising three young children, they had become simply inundated with stuff—especially toys. 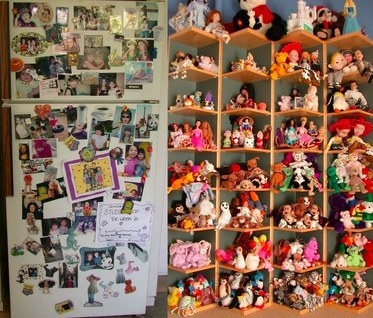 Two "before" shots from Eric and Rhonda's home, photos by J Arnold and CELF

As a result of the study Eric and Rhonda decided they needed to change the way they lived. They brought in the architect Neil Denari to expand their home. As their house transformed into a sculptural, light and airy space it gave them another perspective on what they owned and they decided to get rid of a lot of their possessions. Rhonda started holding yard sales, and out went furniture, tchotchkes, and children's things. Now Eric and Rhonda's pristine home features mostly bare walls and few choice pieces of furniture and objects. They talk about the impact this change has had on their lives—and their family. You can find out more about the study they were part of in a book published by UCLA Center on the Everyday Lives of Families called Life at Home in the 21st Century. (It's currently sold out at Amazon, but copies are available through UNM Press.) 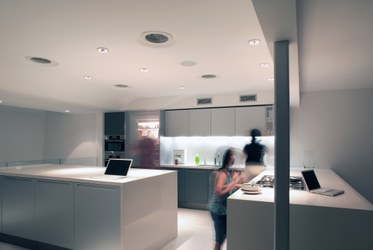 In the newly streamlined kitchen, photo by Neil Denari

What ascribes meaning to an object? We asked several people are in the business of making and selling “meaningful objects.” Jeremy Levine, Joel Chen, Lorca Cohen, Jonathan...

Eric Alan and Rhonda Woo seem like your typical Los Angeles couple. Eric is a creative director and Rhonda is a fine artist. They have three daughters and live in West LA....