SO….back in the day, I used to do a column called ¡Ask a Mexican! where people would send me questions about Mexicans, and I would answer it. Fun while it lasted! Today, I do an IG Live session every Tuesday night at 10:15 PST called “Grítale a Guti” (Shout at Guti) where I take your questions about ANYTHING. 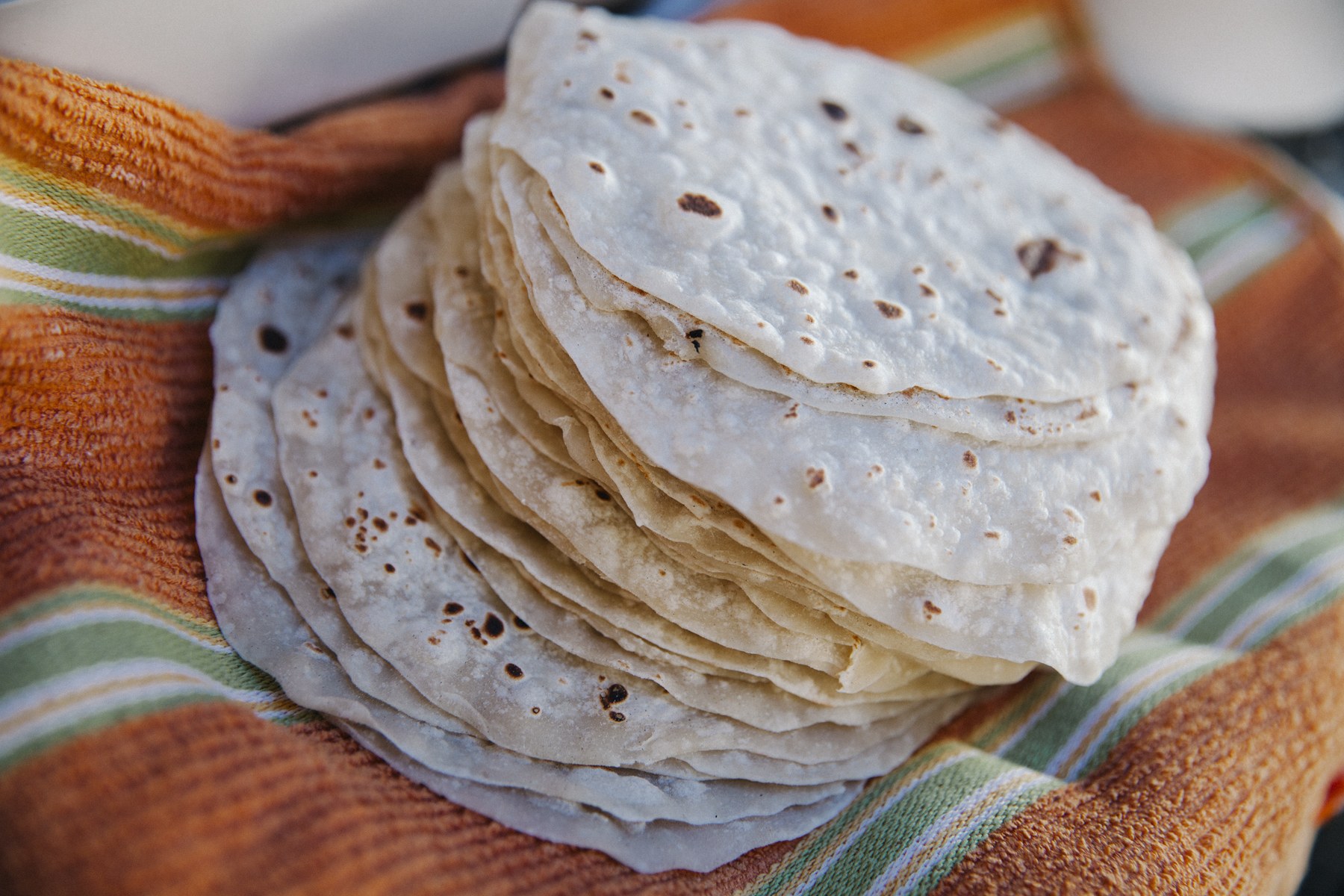 But for KCRW, I will take people’s questions about tortillas.

Got a good one? Email me at mexicanwithglasses@gmail.com and I’ll answer some next week. For now, let’s start with these four vital ones:

Do you have an opinion on which grocery-store tortillas are the best? I know that’s kind of like comparing apples to oranges, but I always have to have a supply of tortillas on hand, and don’t always have the luxury of heading to one of our local taquerias for them.

Dear FTF: Actually, you do have the luxury of great tortillas not too far away from you if you live in Southern California — that’s the whole point of the #TortillaTournament, you know? Besides, if you can wait for an hour prepandemic for some Howlin’ Ray’s, surely you can drive to Eastlos or Compton for some good tortillerias— you’re not in Kansas, Toto. And even Kansas has tortillerias nowadays.

And you should seek out the smaller spots, because the tortilla selection at non-Mexican grocery stores can getiffy. All will carry evil-gross Mission and Guerrero brand tortillas, but some might carry the ubiquitous (and delicious) Diana’s Mexican Foods tortillas. If you go to Stater Brothers and Walmarts in Southern California — the choice of shop for what’s left of Southern California’s white working class — you’ll encounter my choice for quesadillas: Romero’s, a Santa Fe Springs-based treat that’s been around since the 1960s. And if your gringo grocer doesn’t have Diana’s or Romero’s? Get thee to Northgate.

Is it true that there’s a “right” side to the tortilla? If so, why should anyone care?

There is! The outside of the tortilla is the thicker, darker side, while the inside is lighter in color and where your ingredients should be. Why does this matter? Because the fold will be easier if you put the ingredients on the inside side of the tortilla, whether it’s for a taco or a quesadilla. If you try to defy nature and put your ingredients on the outside part? It’s like trying to connect the opposite sides of magnets, or make UCLA football into a reliable winner — it’s just not going to happen.

This whole tournament is a sham because tortilla tasting is so subjective. Besides, who made you guys judges?

First off, I’m the only guy among the judges — and I picked them for their expertise (Evan Kleiman is Evan Kleiman, Connie Alvarez knew the Diana’s girls before they were cool, and first-timer Mona Holmes knows her L.A. food because she’s with Eater L.A.). And while you might think tortilla truth is subjective, I know that it’s eternal.

Take three of our top seeds this year — Taco Maria and Kernel of Truth for corn, and HomeState for flour. I make sure to rotate the top seeds every year to ensure fairness among judges, and they’re the only tortillas (along with the mysterious Jimenez Ranch Market in SanTana for flour) to have advanced to the Suave 16 every year of the #TortillaTournament’s existence. Why? Because they’re that good.

But what do I know? I’m the nerd who thought up the damn concept…

Will tortillas still taste good if they’re frozen, then defrosted?

The best tortillas come straight from the comal, just after they’re heated. But unless you’re eating at a restaurant where you see this process happen, or make them at home, you’re probably not going to eat them at this decisive moment. Besides, you also can’t eat all the fresh tortillas you just bought — so freezing some packets is not only advisable, but necessary.

For instance, I travel to Miramar Tortilleria in East Los Angeles at least once a month to load up on their amazing gordita corn tortillas, which remain my favorite brand in Southern California. I’ll buy at least 5 packs, keeping one for instant eating and another in the freezer. I’ve had Miramar tortillas last in my freezer for over a year, and defrosting them leads to only a microscopic loss in flavor, if at all. Remember: a great tortilla can defrost and remain great — and the first two rounds of our #TortillaTournament is proof.

Now, some freezing and defrosting tips: Put them in Ziploc bags and squeeze out all the moisture. Upon defrosting, toss out the top and bottom tortilla, as they’ll be remojadas (soaking wet) beyond taste. Lightly pat the rest of the tortillas with a cloth towel to remove any excess moisture. ¡Provecho! 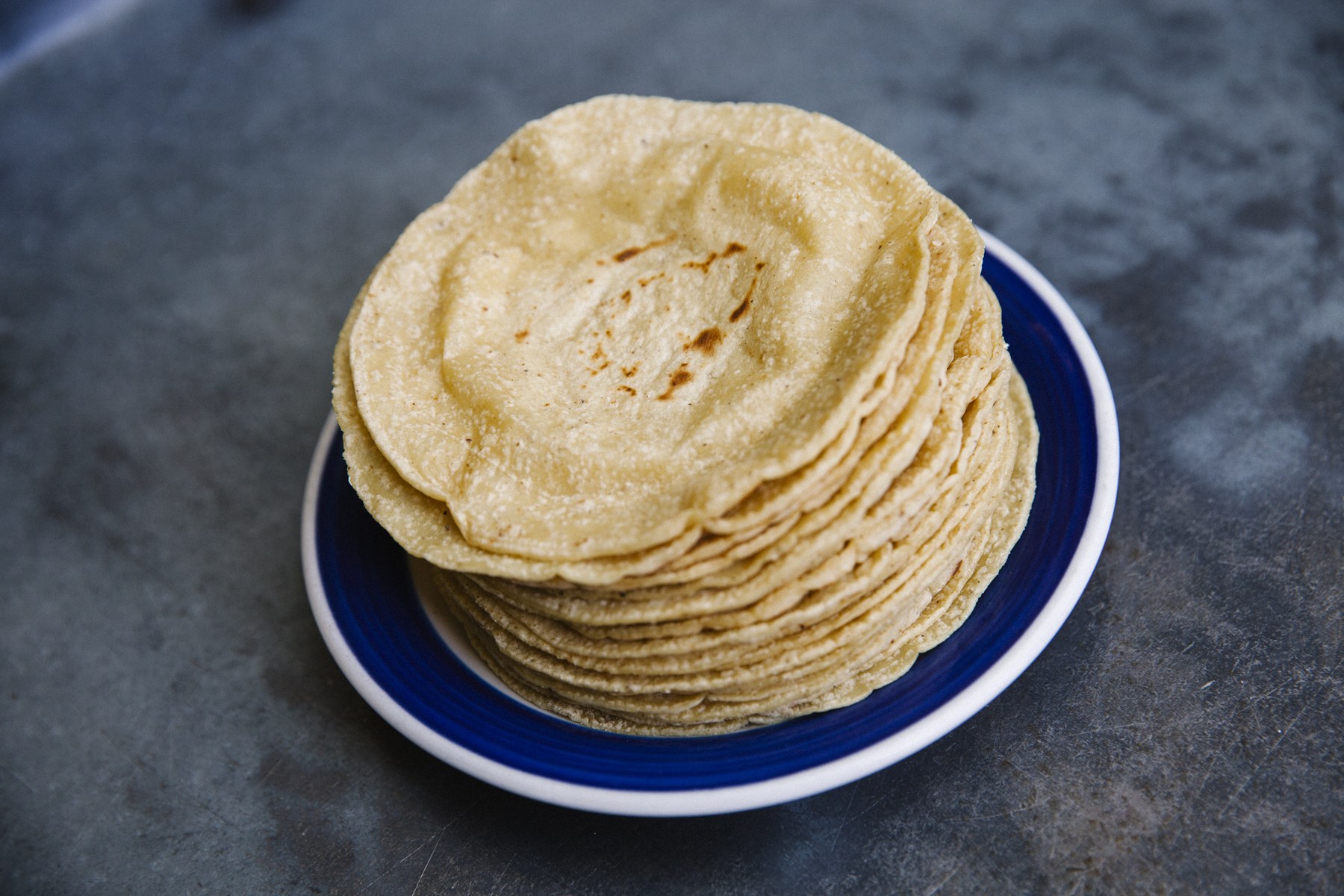 READ MORE:
Tortilla Tournament, Week 3: Cal-Mex vs. Tex-Mex vs. Mex-Mex Go on to Eso Eight!
This Los Angeles Tortilla Life
Tortilla Tournament, Week 2: Shocking Upsets on the Road to the Suave 16!
Photos: How LA’s tortilla masters make magic with a handful of masa
Who is that girl on those Diana's tortilla packages? How Samuel Magaña's daughter became the queen of Gardena
Tortilla Tournament, Week 1: Stunning upsets, favorites on the run!
Inside El Cholo: How the old-school Mexican restaurant has thrived in LA for almost a century
What makes a good tortilla? Gustavo Arellano and Evan Kleiman on how to taste tortillas
How do you buy and eat tortillas in the time of coronavirus? Very carefully.
Love tortillas? Gustavo Arellano and Good Food’s Great Tortilla Tournament returns!
The Ultimate Tortilleria Guide of Los Angeles and Southern California