Syria has long been on our minds since the Arab Spring protests first erupted throughout the Middle East in 2011, and even more so now with President Trump’s recent travel bans. Pulitzer Prize-winning food critic Jonathan Gold closes out this week’s show in Van Nuys, where he tries Syrian-style kobee — that’s ground beef and pine nuts seasoned with traditional spices that owner Wafa Ghreir stuffs and fries in bulgur. But that’s not all. Fateh, mjadara and m saren — tender lamb sausages served in a cinnamony broth — are also on Jonathan’s list of things to try at Kobee Factory and Syrian Kitchen. Find out more from his LA Times review. 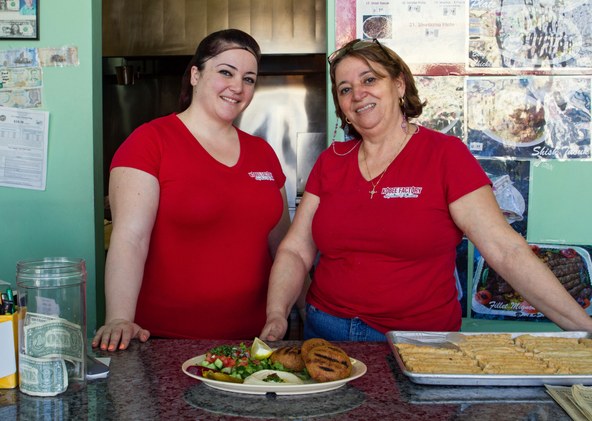 The oldest cheese store in America

OK, back to the realm of “Good Food.” You remember Tony Danza ? He played a single dad, retired baseball player and housekeeper/boyfriend to Angela Bower on the 1980s TV...

The Cheese Store of Beverly Hills

Next we return to our neck of the woods to sample hundreds of different cheeses. We wish! Seriously though, The Cheese Store of Beverly Hills has 500 different kinds of...

Make mine a Swedish meatball sandwich

If cheese ain’t your thing, consider gravlax, lingonberry jam and cod roe squeezed from a tube atop a slice of crusty bread. That’s what's on offer at Olson’s Scandinavian...

Syria has long been on our minds since the Arab Spring protests first erupted throughout the Middle East in 2011, and even more so now with President Trump’s recent travel...