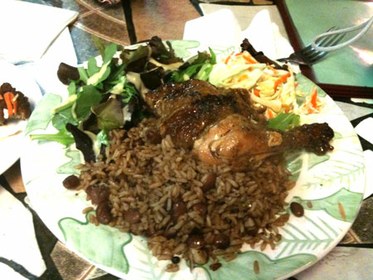 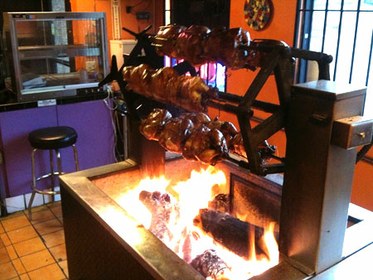 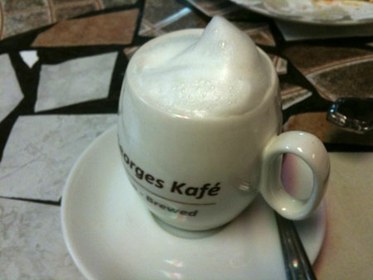 George Laguerre is the owner of TiGeorge's Chicken in Echo Park, LA's only Haitian restaurant.  TiGeorge's serves chicken spit roasted over an avocado wood fire.  One of the specialties is a dish called acra, which is grated taro, herring and habañero deep fried into a patty.  He also sells Haitian coffee imported from his family's coffee plantation.

George has been a focal point in the Haitian community for gathering support for the country which has been devastated by the recent earthquake.  He recommends donating to Haitian organizations providing relief including Yele, Fonkoze, and International Eben-ezer Church of God, Inc. (714-870-7492).

Many restaurants in the LA area are holding fundraisers for Haiti.  They include

More from the LA Weekly.

Jonathan Gold writes the Counter Intelligence column for the LA Weekly, for which he won the Pulitzer Prize. He recommends Mantee Cafe in Studio City for Armenian food...

Thomas Keller is the owner of The French Laundry , Bouchon and ad hoc in Yountville, CA. He also owns Bouchon in Las Vegas and now Beverly Hills as well as Per Se in...

Dr. Susan Brown studies the alkaline / acid balance in the body and how it relates to bone health. She says that the body tries to maintain a slightly alkaline level....

Armando Garcia brings in delicious cocktail grapefuit which are full of seeds but taste more like an orange than a bitter grapefruit. Cara Cara navel oranges are also in...

Jack Bishop is the Editorial Director at America's Test Kitchen . He likes to make a meat loaf with ground veal, beef and pork. He also likes to use saltines soaked in...

Shirley Corriher is the author of Bakewise .  One of her favorite recipes from the book is her Great American Poundcake.