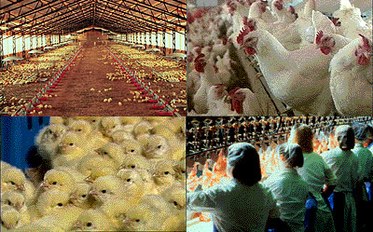 In October 2008, Tyson Foods partnered with Syntroleum Corporation to produce renewable diesel.  They will start producing in 2010, with a total capacity of 75 million gallons per year. The project primarily will use non-food grade animal fats produced or procured by Tyson, such as beef tallow, pork lard, chicken fat and cooking grease. Jeff Webster oversees renewable products division at Tyson.

The Gift of Livestock

Elizabeth Bintliff is the West Africa Coordinator for Heifer International . Food insecurity is a pressing issue for the people of West Africa. The nearest grocery store...

Rose Levy Beranbaum is the author numerous books on baking.  Her most recent is Rose's Heavenly Cakes .

Sal Marino of La Bottega Marino (Beverly Hills, Larchmont and West LA) loves to use rapini this time of year. This bitter herb with a broccoli flavor is sometimes known as...

In October 2008, Tyson Foods partnered with Syntroleum Corporation to produce renewable diesel. They will start producing in 2010, with a total capacity of 75 million...

Tom Standage is the business editor for The Economist .  His latest book is An Edible History of Humanity .

Jonathan Gold writes the Counter Intelligence column for the LA Weekly. On a recent trip to Guadalajara, Mexico, he discovered the torta ahogada, or drowned sandwich....

Ted Haigh is the co-founder of T he Museum of the American Cocktail in New Orleans. He is the author, most recently, of Vintage Spirits and Forgotten Cocktails . He...

Pam Boring is the co-founder of The California Wine Club .  She recommends giving dessert wine, chardonnay or champagne as a gift during the holiday season.

Where to Ring in the New Year

Lesley Bargar is the Dining Editor at Los Angeles Magazine .  Lots of restaurants are having New Year's Eve specials.