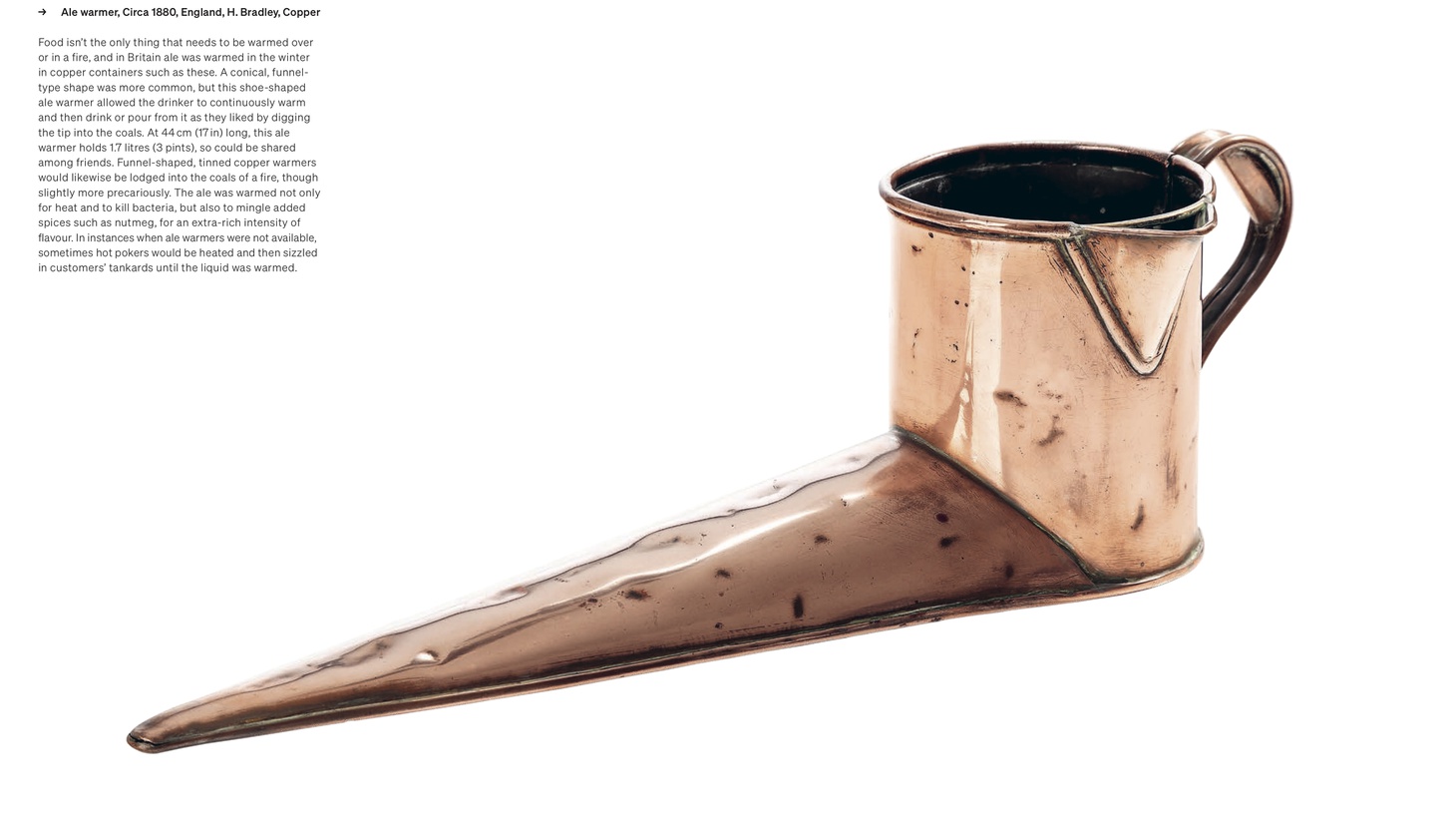 A copper ale warmer used during winter months can be found in the “Heat and Transform” chapter of “Tools for Food,” Corinne Mynatt’s compendium of kitchen implements from all over the world and across eras. Photo courtesy of Hardie Grant.

With a penchant for design, Corinne Mynatt became obsessed with discovering the history and functions of kitchen tools from flea markets around the world. David Owen considers the environmental consequences of the kitchen’s largest tool — the refrigerator. Amanda Hesser tackles the herculean task of combing through over 150 years of New York Times recipes. Rhea and Marcel Michel combine their heritages for the ultimate rotisserie chicken. Los Angeles Times restaurant critic Bill Addison visits a new market hall in San Gabriel Valley. Baby kale is the new darling at the farmer’s market.