Rob Long is a writer and producer living in Hollywood. He recently spent three weeks on the Hanjin Miami, a container ship sailing from Seattle to Asia.  Rob was surprised by the lack of fresh fish aboard the ship.  Instead, he and the German officers ate roast pork prepared by the mostly Filipino crew. 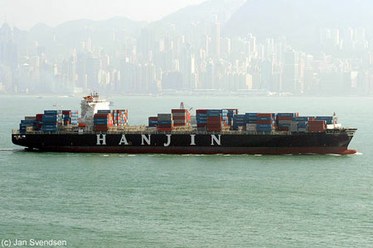 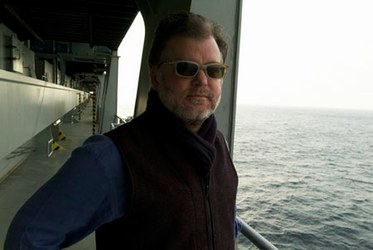 Life On A Container Ship; Irradiated Vegetables; The Theory of Randomness

In The Drunkard's Walk : How Randomness Rules Our Lives, Leonard Mlodinow shows just how unreliable polls, grades, sports statistics and wine ratings are. According to a...

Dr. Temple Grandin is the author, with Catherine Johnson, of Animals Make Us Human : Creating The Best Life for Animals. A Professor of Animal Science at Colorado State...

Mourad Lahlou is the chef at Aziza in San Francisco, where he and his staff make fresh couscous every day. Couscous is a Moroccan dish made by rolling semolina...

Gianaclis Caldwell and her family raise Nigerian Dwarf Goats at Pholia Farms in Rogue River, Oregon. These goats have a high butterfat content, sometimes as high as 10...

Rob Long is a writer and producer living in Hollywood.

Some food producers use irradiation in the form of gamma rays, electron beams and X-rays, to kill bacteria and insects. In August, 2008, the Food and Drug Administration...