PHOTOS: A lifetime of service in LA restaurants

For the past several months, photographer Jessica Pons has been hoofing it all over our sprawling city to take portraits of the men and women working in LA’s restaurant industry. Some of the workers she spoke with, like Donald Levin, age 80, have been in their jobs for decades. For the last 30 years, he’s been serving scalding cups of coffee and tasty slices of banana cream pie to Marie Callendar’s diners. He works six days a week and plans to retire next year. “It’s strange because I’m not a very social person but I do enjoy serving the public,” Levin told Pons. “Maybe it’s dealing with people as a server is easier than [dealing] with people in real life.” Then there’s Pat Fisher, 65, who has been baking sweet potato pies at Les Sisters Southern Kitchen and BBQ in Chatsworth since 1992. “I love what I’m doing here. Plus, I get to meet new people and I get to see lots of regulars. I’ve created a family here.”

Pons is still collecting the stories of restaurant workers and has shared a snapshot of her project with us, just in time for Labor Day and KCRW’s “Going Gray in LA” series. “I set out to find people in the service industry who were older than 60 who have been in the industry for a lifetime,” she said. “Every character I meet is a box of memories and anecdotes. Each encounter fills my soul with life and reassures me that having a reason to wake up every day, no matter the age, adds years to your life.” 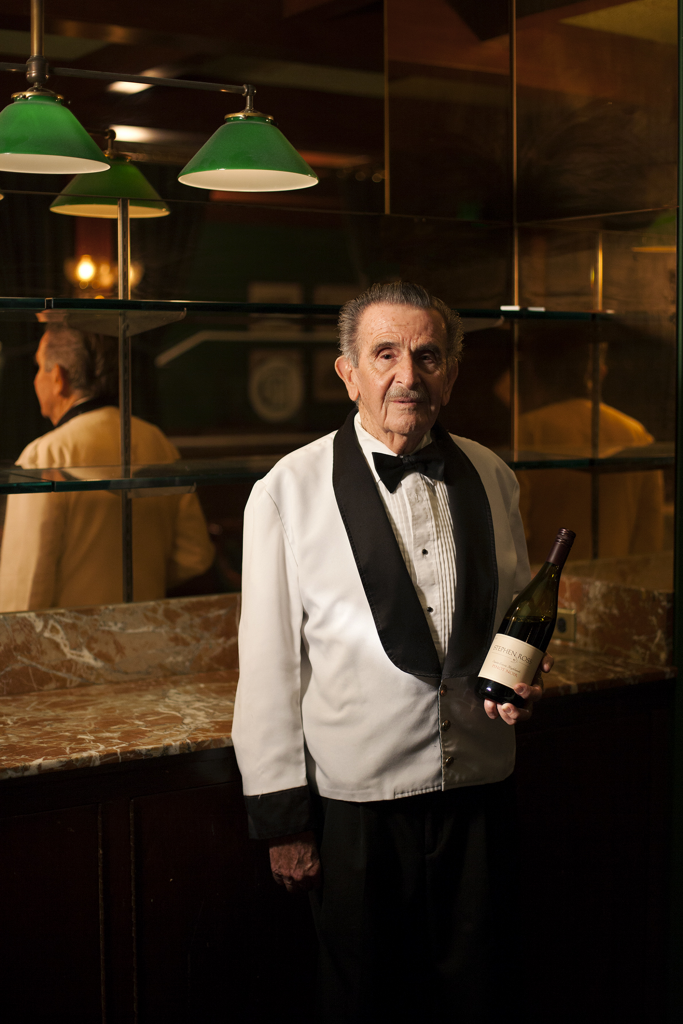 Rafael Covarrubias
Rafael “Rafi” Covarrubias is 84. He works the 6 p.m. to 2 a.m. shift five days a week at Pacific Dining Car in Downtown LA. “I love this place. I like what I do and I make a decent living doing it. It also protects my sanity.” A native of Guadalajara, Mexico, Covarrubias says he became a bartender by accident. “When I moved to LA at the age of 25, I started washing dishes at a hotel. Then I got the opportunity to bartend.”

Pat Fisher
Pat Fisher, 65, has been baking sweet potato pies at Les Sisters Southern Kitchen and BBQ in Chatsworth since 1992. “I love what I’m doing. Plus I get to meet new people and I get to see lots of regulars. I’ve created a family here.” She started serving at 15. “I had my first crack at being a server here in LA at The Nickel Spot, one of the few Black-owned Southern restaurants in the ‘60s. It was so hard, I never wanted to do it again, but here I am, still serving.” 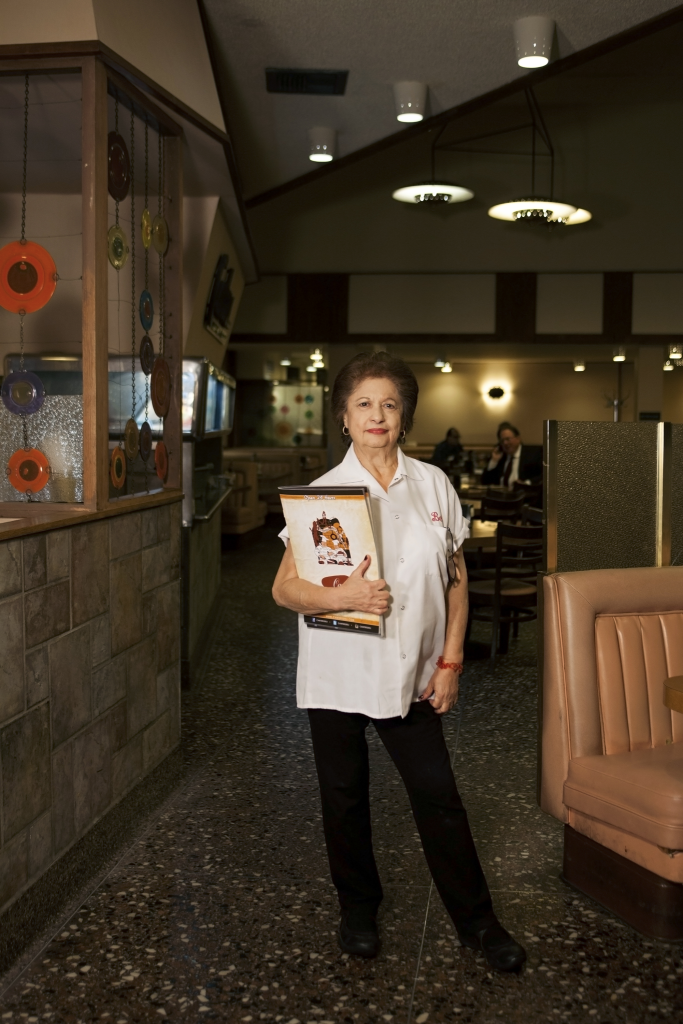 Bella Haig
Bella Haig, 81, has been walking the freckled floors of Canter’s deli for the past 51 years. “My mother would take me to Canter’s as a kid. It used to be in Boyle Heights and then in 1948, it moved to this location…I worked nights and my husband managed a parking lot during the day so we never needed a babysitter.”

Bernand Inchauspe
Originally from France, Bernand Inchauspe, 81, has been a server at Taix French Restaurant in Echo Park for 55 years. Taix just feels like home. “I don’t want to retire. I’m lucky they still have me. I plan to stay as long as my body lets me. I see other people retire and they go away. We all go but they go faster. My opinion is you have to keep moving.” 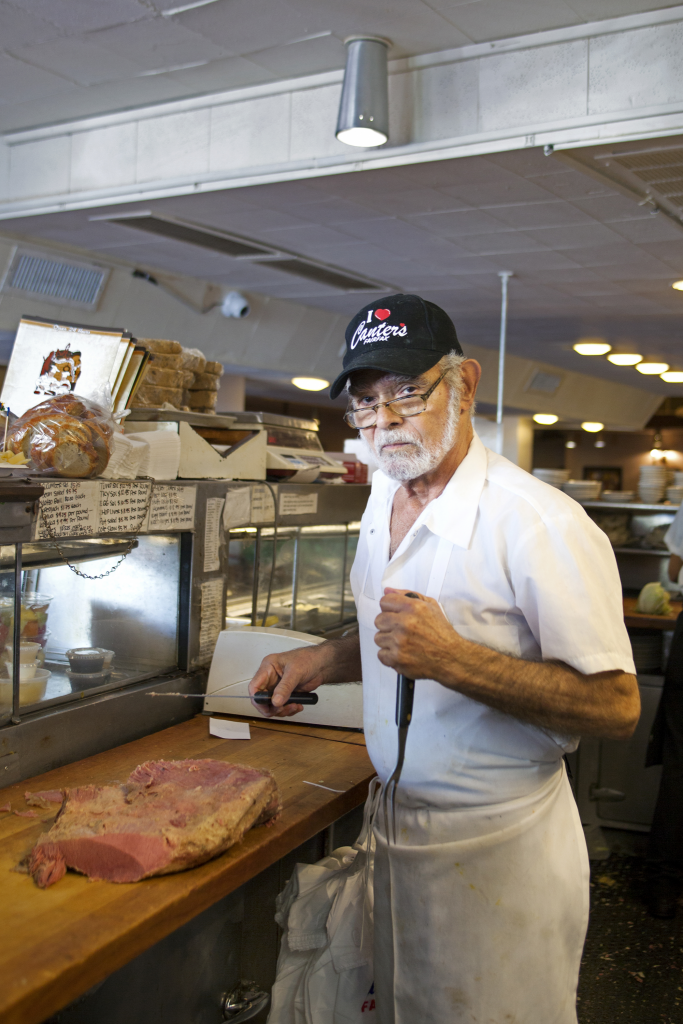 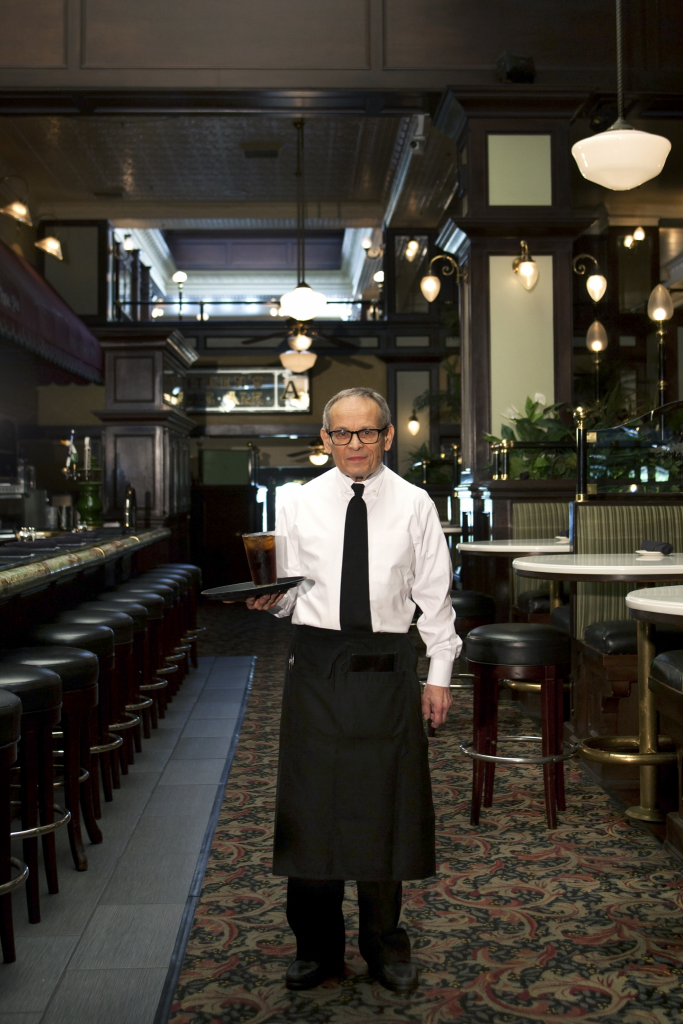 Donald Levin
Donald Levin, 80, has been serving scalding cups of coffee and tasty slices of banana cream pie at Marie Callendar’s on Wilshire for the last 30 years. He works six days a week and plans to retire next year. “It’s strange because I’m not a very social person but I do enjoy serving the public.” 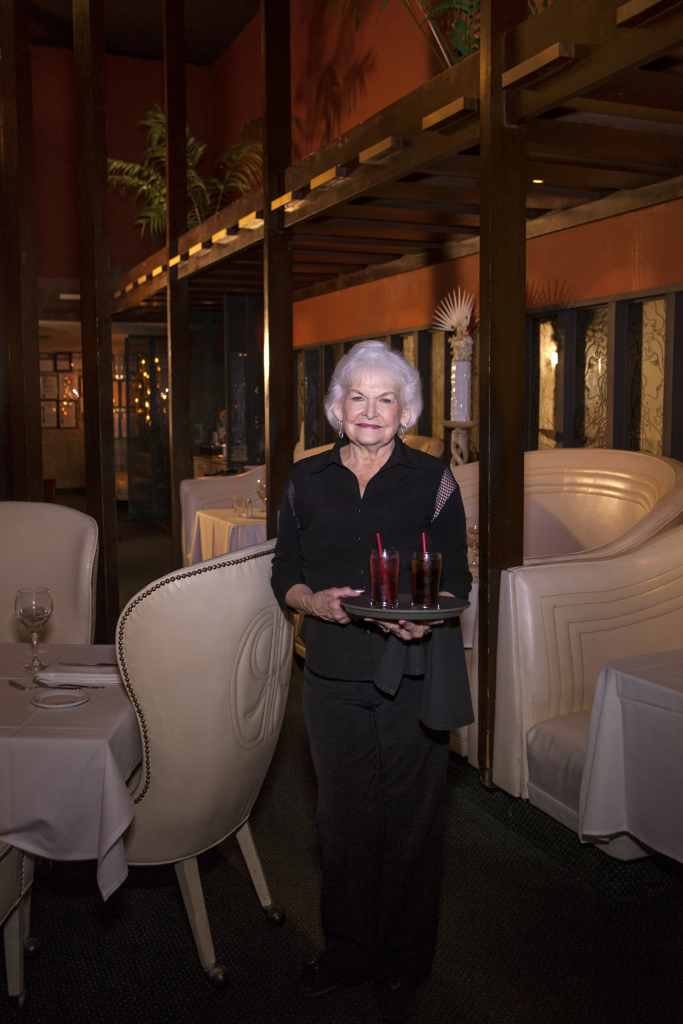 Vel West
Vel West didn’t want to reveal her age but she did say she’s been working in restaurants across LA since 1960. She’s been at The Dresden in Los Feliz for nearly 18 years. “I love the people. If you’re in a place long enough you become friends with the customers and their kids. When the people pass on, I can still see their kids.” 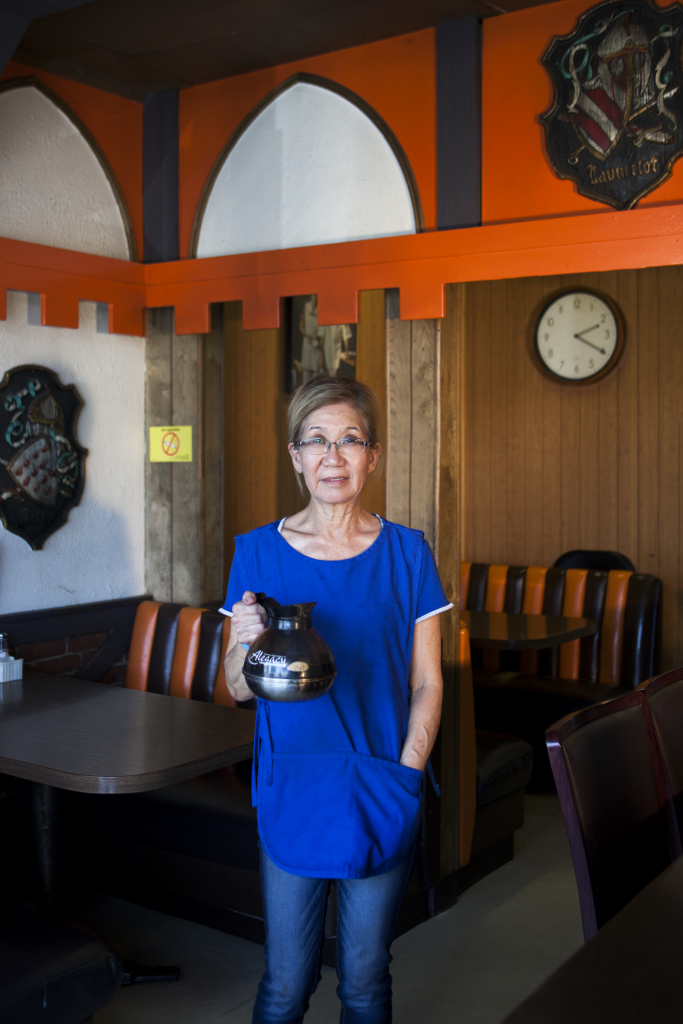 Linda Yamamoto
Linda Yamamoto, 65, works the 5 a.m. to 2 p.m. shift at Olympic Cafe, Mid-Wilshire. Her parents opened the restaurant in 1972 and she became a part of the family business when she was 21. “I’ll retire when I hate to be here or when I don’t like the business. But for now, I love my customers and it gives me something to get up for.” 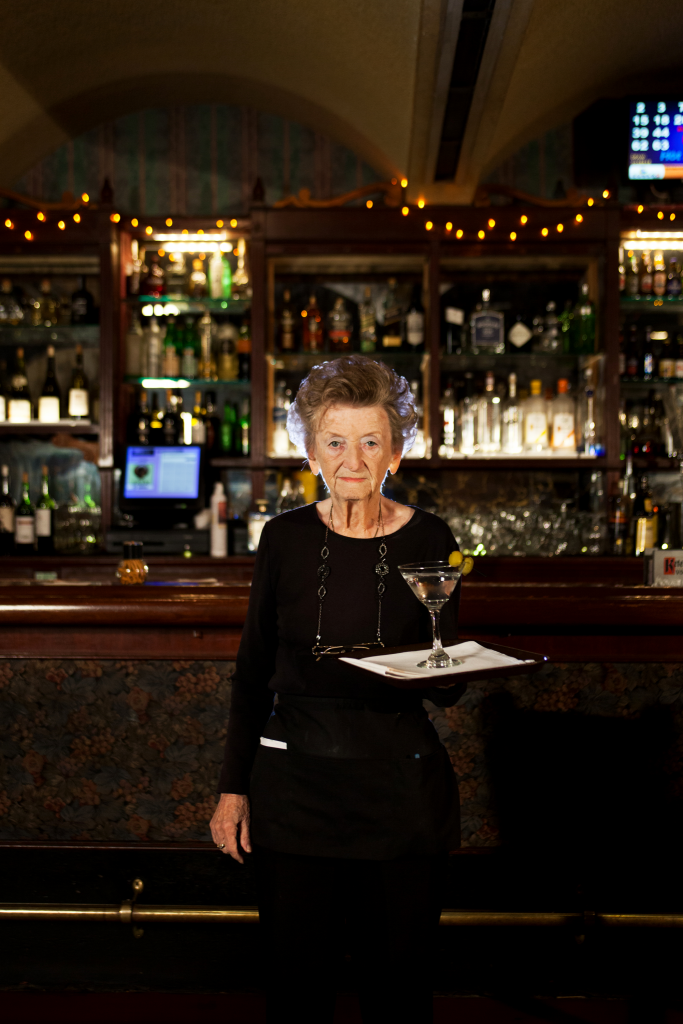 Antonia Becerra
Antonia Becerra, 85, worked at Taix French Restaurant for 48 years. “I got the job through a friend who used to work there who told me, ‘You better come over and start working with us.'” She retired last year but can’t help continuing to come in every Saturday. “I never thought I’d be serving this long but it happened. The bosses were excellent.”