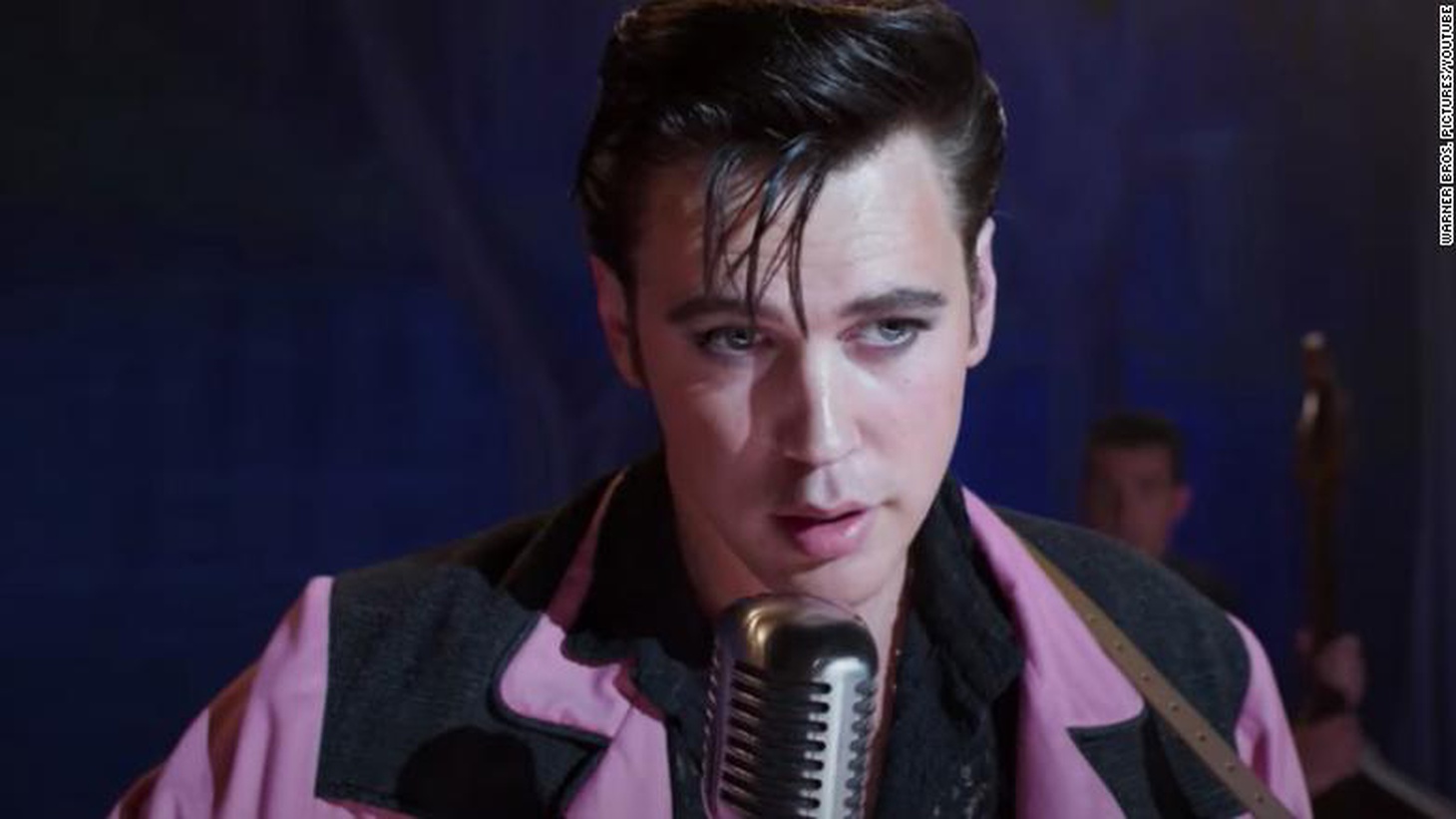 “Elvis'' by Oscar-nominated filmmaker Baz Luhrmann is an epic drama about the King of rock-and-roll, Elvis Presley (Austin Butler). The picture focuses on a 20-year span of Elvis’ career, from his rise to fame to his massive stardom, and his complicated relationship with his manager, Colonel Tom Parker (Tom Hanks) and wife, Priscilla Presley (Olivia DeJonge).

Warner Bros. Pictures says “Elvis” cost north of $85 million to make, and it is aiming to rack up $30 million during its domestic debut, which is “pretty soft for a summer opener” notes Matt Belloni, founding partner of Puck News.

And, the studio brought in Luhrmann, counting on his musical-fantasy success  with “Moulin Rouge,” and the triumph of his previous box office smash “The Great Gatsby,” which grossed $350 million worldwide and starred Leonardo DiCaprio, Tobey McGuire, and Carey Mulligan.

“I could see how Warner Bros. would think that Baz Luhrmann, plus this iconic singer, plus the music, and the endorsement of the Elvis estate might be something that people would come to see. But I think as this is being marketed, the question is: Who is this movie for?” Belloni asks Kim Masters.

“Who is this movie for?”

Though “Elvis” brought a Cannes Film Festival’s audience to its feet earlier this year, it’s still unclear if the movie will hold its own in theaters, and who will it attract.

“It's weird because Elvis obviously doesn't really mean anything to anybody under 50-60 years old,” Belloni says. “They have an unknown, [or] largely unknown, actor Austin Butler in the lead. They have Tom Hanks, a very famous movie star playing Elvis's manager. But Hanks is in a fat suit, and he's got a weird accent, and it's not a typical Tom Hanks performance.” 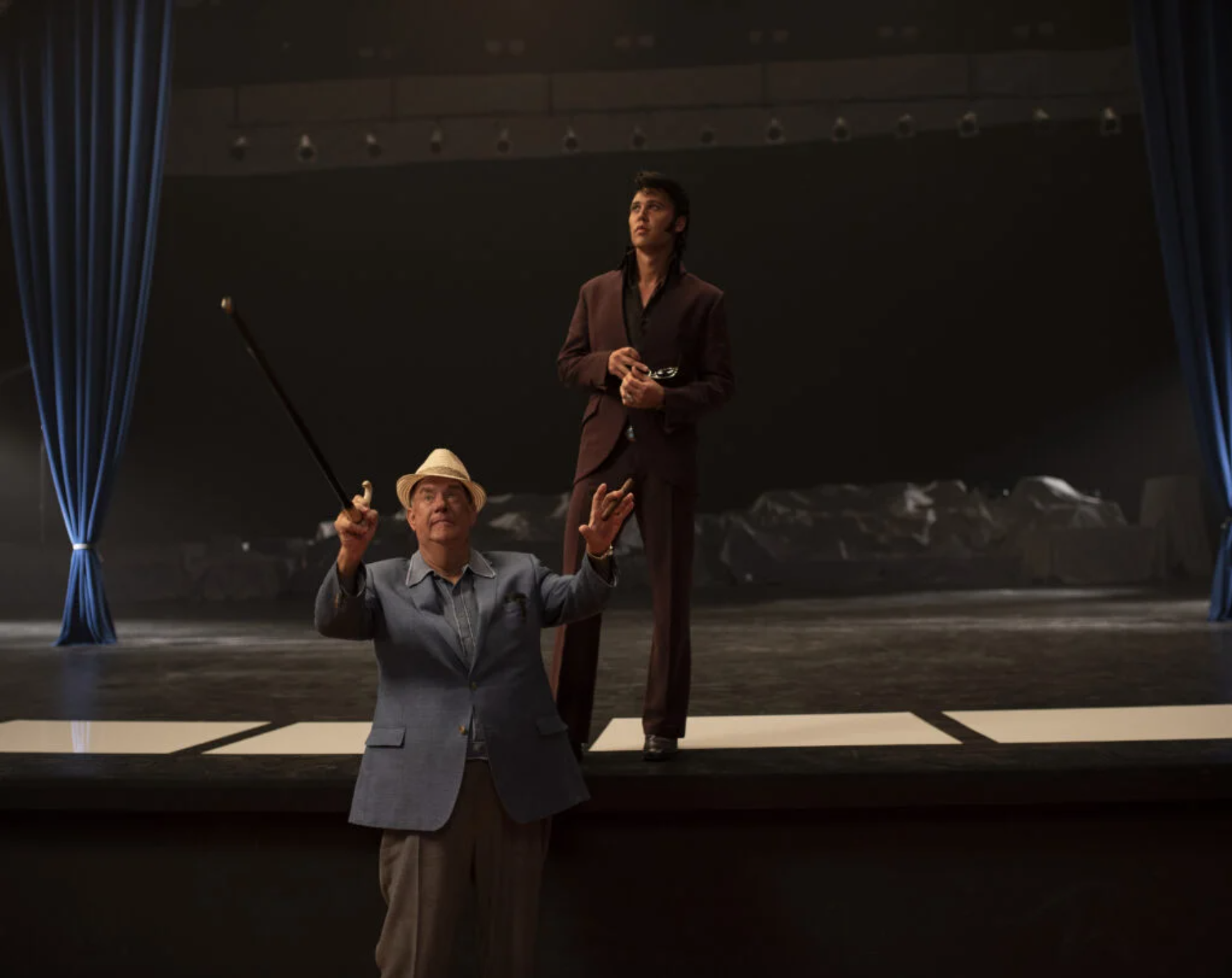 For a younger audience?

Warner Bros. and Luhrmann have dressed up the movie to appeal to a younger audience. The movie features a hip hop performance version of “Hound Dog” by Shonka Dukureh (Big Mama Thornton), “That’s All Right” courtesy of Gary Clark Jr. (channeling Arthur Crudup), and “Tutti Frutti” from Alton Mason (who plays Little Richard). It also includes comic-book panels and a ‘60s-style movie montage.

“I saw some footage at cinema con, and it is compelling, like the performance scenes. [Butler] does his thing, and they're interesting to watch. I just don't know if anyone under 50-60 years old has an attachment to this material” he says.

Warner Bros.’ new management may not have put “Elvis” into production, but “you never know, though, because this is an untested management now, with no experience in the movie business,” Masters notes.

“Elvis” is Warner Bros. only live-action movie this summer for the studio, which is known “for inventing the modern summer tentpole,” Belloni explains, and “it is interesting that a big studio is relying on this movie for their summer.”

He continues, “this is not your typical summer fair right now. It's not a sequel. It's not a pre-branded IP in the sense that it's something that everyone is clamoring for. So I think this is a happenstance item.”

Belloni says “Elvis” is not a victim of COVID, which pushed the release of “Black Adam” movie to the fall, and “The Batman,” which was supposed to premiere last summer, came out this spring.

The reviews are in…

Luhrmann announced a 4-hour cut, which includes a meeting between Elvis and President Richard Nixon, but its theatrical version runs for about 2:40. And while Butler snatches some good praises (Reuters) (USA Today), the movie has had some mixed reviews.

“The reviews out of the can were not great,” says Belloni, so“[this movie] will not be something I'm checking out anytime soon.”