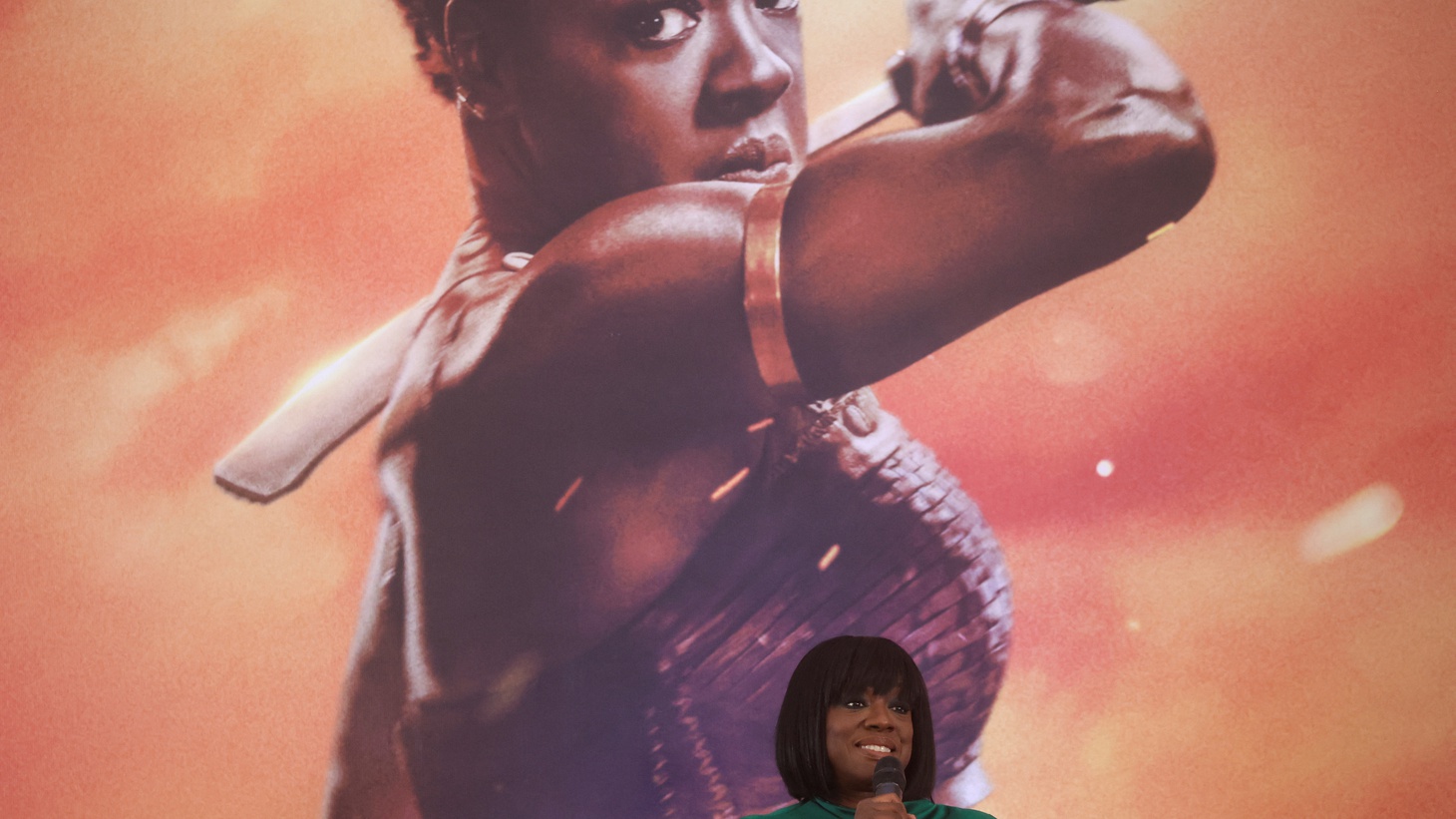 Hollywood’s hunger for originality may be paying off, according to Kim Masters. “The Woman King” – the action-historical drama with an ensemble cast of Black women – hasn’t disappointed at the box office, and may be headed for a follow-up. And despite several controversies surrounding its director and cast members, the psychological thriller “Don’t Worry Darling” could have a surprising opening this week. Meanwhile, James Cameron’s upcoming “Avatar” sequel may be a “heavy roll of the dice” for Disney, says Masters.

Kim: People in Hollywood are very pleased to see “The Woman King” with Viola Davis, an original action movie fronted by fabulous black actresses, do a $19 million number in the month of September, which was expected to be a total deadzone. This is not a twin “Top Gun: Maverick” number, but it has an A-plus cinema score.

Hollywood is hungry for original material that can perform at all in movies, and so this has heartened people.

Kim: “Don't Worry Darling” is another original project. Most people have heard of it from the Olivia Wilde unbelievable controversy, and the question would be: “Does that help or hurt?”

Matt: I don't think we need to go into all the details of what happened. If you know, you know. But there's a question as to whether all of these distractions, the off camera stuff will impact people's willingness to go see the movie. The tracking is at about $16, $17, $18 million for this weekend. Some believe it could get as high as $20 [million].

“All of this other stuff is just noise”

Matt: I think that most moviegoers do not care about that stuff. When they are deciding to go to a movie, maybe they've heard of it through the controversy, I think they're looking at reviews, they're looking at if it's got stars they know, if it feels appealing to them. I think all of this other stuff is just noise, and it really doesn't impact willingness to go see the movie.

Kim: I don't know what motivates people to go to a movie at this point, but I have to think there's a little curiosity. Some of this gossip about this movie got super crazy, but maybe people want to see if they can discern the tension between some of the leading characters.

Olivia Wilde, who is the filmmaker, was dating Harry Styles, who's in the movie. Florence Pugh's, supposedly, just wanted nothing to do with these people anymore by the time it was done. And maybe that's sort of a titillating thing for people to look at and try to say, “I'm wondering if I could see it in their performances.”

The whole movie business is gambling

Matt: That could be said about the “Avatar” franchise too, because we've got [another] big movie. This weekend, the original “Avatar” is going back into theaters after 13 years to prime us to get excited about “Avatar:[The Way of Water],” which is coming in December.

Matt: This is a franchise that Fox agreed to make four sequels to. They're investing about $1 billion dollars in this franchise, and then all of a sudden Fox doesn't exist anymore. It's taken by Disney. Now Disney is either blessed with or stuck with four “Avatar” movies.

“It's a heavy roll of the dice”

Kim: When I say the movie business, and the entire business is gambling, never more so than with Jim Cameron. He has delivered. I mean, those of us who are old enough remember the agony of “Titanic” and that certainly paid off.

I usually don't believe in saying, “Don't bet against this person” because sometimes I feel like you can actually bet against a person. I wouldn't want to bet against Jim Cameron, but this one does feel like a heavy shake of the dice. The effects are going to be amazing, but it's been a long time since “Avatar” came out. These characters are from a long [time] ago.

Matt: They are, but that's why they're doing the rerelease. And I think the marketing is going to make us very familiar with them again before this movie comes out. It's very hard to bet against the sequel to what was the highest grossing movie of all time when it was released.

Kim: There is that!