Sarah Gertrude Shapiro didn't set out to be a producer on The Bachelor. She wanted to be a filmmaker, but to pay the bills, she went to work on another reality show that was not quite so offensive to her feminist ideals. Then the production company re-assigned her and she learned all about the behind-the-scenes manipulation that pumps drama into a so-called unscripted series like The Bachelor.

Under contract but desperate to get out, Shapiro says she finally made her escape by promising that wouldn't work for a competing show and would even leave the state of California. She moved to Oregon and went to work for an ad agency.

Meanwhile, Shapiro used her experiences to concoct UnREAL, a new scripted series on Lifetime. Set behind the scenes of a reality show called Everlasting, the fictional show involves a suitor -- as opposed to a bachelor -- who must chose from a flock of aspiring, unwitting and otherwise damaged young women.

The protagonist is a deeply conflicted young producer named Rachel, played by Shiri Appleby. In the pilot episode, Rachel surprises fellow crew members by returning to the set of Everlasting after she had vanished following on-camera freakout the previous season.

Shapiro says UnREAL is an exaggerated version of her own experience, but not by much.

The series first got its start with Sequin Raze -- a short film Shapiro wrote and directed through the AFI Women's Directing Workshop after she walked away from producing on The Bachelor. 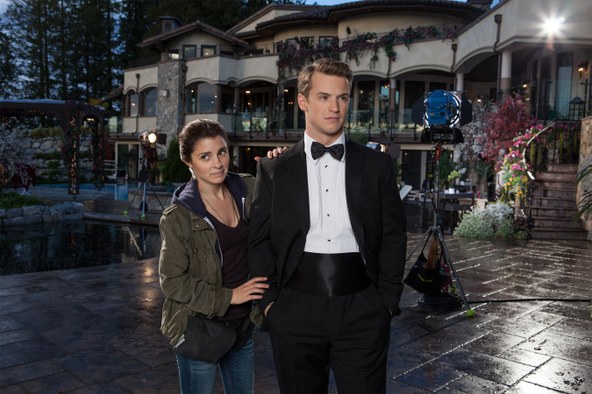 Both the short film and the TV series UnREAL focus in part on the mutually manipulative relationship between producer and contestant. There are funny moments, but also a lot of darkness. While an Lifetime may not seem like the first choice for such an edgy series, Shapiro says she and fellow showrunner Marti Noxon have felt welcomed and at home there since day one.

A Producer's Past in Reality TV Led to Lifetime's 'UnREAL'

Sarah Gertrude Shapiro didn't set out to be a producer on The Bachelor. She wanted to be a filmmaker, but to pay the bills, she went to work on another reality show that was...