For Lovers Only, the latest movie from Mark and Michael Polish, is a black and white romance made as an homage to the French New Wave. With Mark acting alongside Stana Katic (Castle) and Michael directing, shooting and doing everything else they made it on a shoestring and on the fly. When it came time to release it they found the most expeditious way possible, iTunes. Now it's grossed over $300,000 and the brothers are thinking this could be a model for a certain kind of indie filmmaking. Then, Sean Durkin, Antonio Campos and Josh Mond, the friends behind the indie drama, Martha Marcy May Marlene.

- Did Steve Jobs leave behind an Apple TV that will revolutionize how we consume television?
- Hollywood movie studios are reducing production deals will this mean less interesting films?
- Unlike last year at this time, there are so far no Oscar front-runners this year 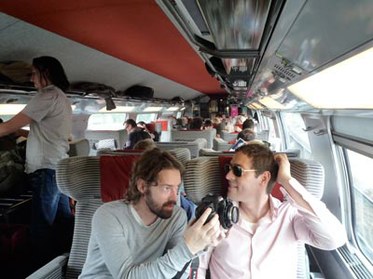 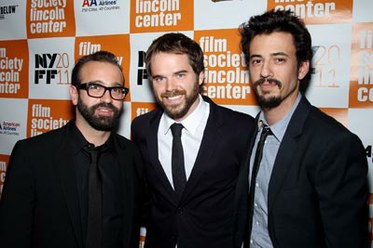 Banner image:  Stana Katic and Mark Polish from For Lovers Only. Photo courtesy of the Polish Brothers