This week, we pull out the stops and go full-Organist with an episode about Ákos Rózmann, an organist serving a Catholic church in Stockholm who played hymns during the day and by night invented unearthly electronic music in the recording studio he’d built in the church basement (where he often slept). It was there that he composed his roiling experimental six-hour-long composition 12 Stations—a sonic journey from hell to heaven, which emerged from the personal trauma of his childhood in Nazi-occupied Hungary and then his father’s death in a Communist-era concentration camp. Stephen O’Malley, the composer and guitarist behind Sunn O))) and other doom-metal projects has recently reissued Rózmann’s compositions on his record label Ideologic Organ. 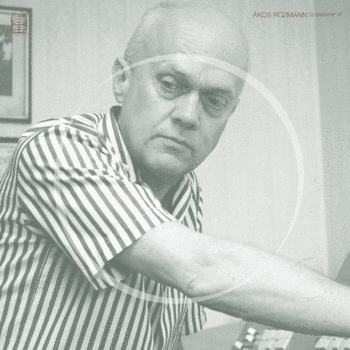 This episode also features Jordan Jacks’s organophilic flash fiction: “The organist at my parents’ church had severe arthritis, and as a child my job was to flip pages for her. Her hands were so stiff that I also had to pull the stops: clarion, chimney flute, vox humana. Occasionally, when her ankles were bad, I also sat under the bench and pressed the keys of the pedalboard with my hands, waiting to hear the organist whisper the note down to me.”