In this episode, offbeat stories of Christmas' past, including an awkward tale told entirely through Facebook status entries.

First, Jackie Kashian returns to tell us about Christmas in South Milwaukee Wisconsin, 1975. The presents were mainly functional; sweaters, hats, and board games. The weather was cold, indoors and out, but despite spending awkward time with relatives, at least there was the intoxicating frozen brandy punch that keeps the 10-year-old Jackie warm.

Kashian lives and works here in Los Angeles as a writer, actress  and touring comedian, She had a top ten comedy album on Amazon last year, and hosts a podcast called The Dork Forest. 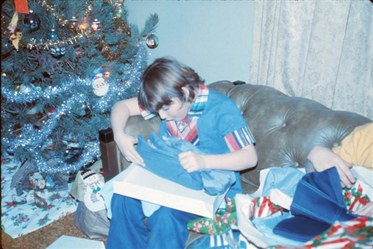 Next, Carl Kozlowski has two stories from his history of bad luck Christmas'. In one story, his parents leave him alone with his brothers and sister during winter vacation. Then an unexpected event threatens to tear the house down... which is exactly what he parents told him NOT to let happen. After that, Carl has a story told through Facebook updates, about the three uncomfortable days he spent with his rich aunt and other relatives.

Kozlowksy is a comedian, a humor writer and arts editor at Pasadena Weekly. He also co-hosts a podcast called Grand Theft Audio. 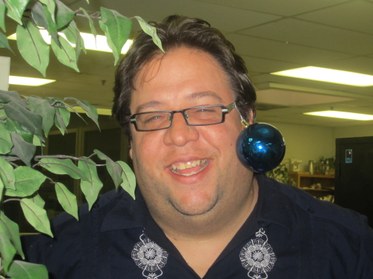