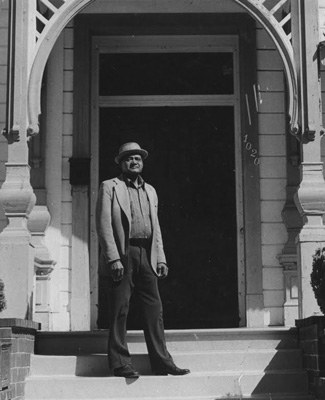 As blacks began migrating out of the South and into California during the 1940's,
Rene Richard opened his home near Adeline and Fourteenth Streets to family and strangers alike.
He and his wife Nolia had a commitment to community that still can be felt in the central West Oakland neighborhood.
Photo courtesy Jo Ann Bell

The first story takes place in a one hundred forty year-old house in West Oakland, California.  In the mid-1940's a Louisiana migrant named Renee Richard bought the house for his wife, and their three children. Over the years, the house got turned into a boarding house, for men only. For the next forty years a lot of people came -- stayed and ate and lived -- and then, moved on. But what do people leave behind when they go? Renee’s granddaughter, Jo Ann Bell, lives in that house now. One day, she told independent producer Christopher Johnson about how, for the last several years, she started to realize that she and her mother weren’t living there… alone.

Thanks to Jo Ann Bell for sharing her story. 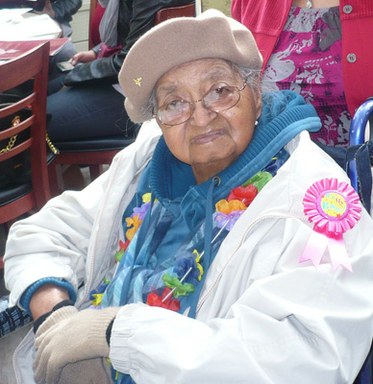 Christopher Johnson is a regular contributor to UnFictional, he's currently based in Hanoi, Vietnam. 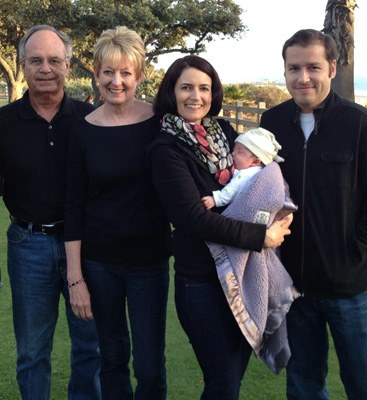 Carlos Kotkin (R),with his in-laws,
his wife and their baby daughter.
Photo courtesy of Carlos Kotkin

Then… After years of looking for love, Carlos Kotkin finally found the woman he wanted to marry. All he needed to do was ask her parents for their blessing, but there was a problem…

Carlos Kotkin is a storyteller and writer living in Los Angeles. He recently completed screenwriting work on an animated feature due out next year.