In this season of Unfictional, Stories of Transformation, and the ways in which the world — and all of us — have fundamentally changed since the pandemic began. One man watched his children suddenly turn into grown-ups, while another upended every part of his life. Someone else had to learn to live with hardship and found their true identity along the way, all while living in two worlds. Meanwhile, a subculture ascends, one reporter explores Olvera Street, and another finds an old notebook filled with memories from his time in a cabin. It’s UnFictional, hosted by Bob Carlson. 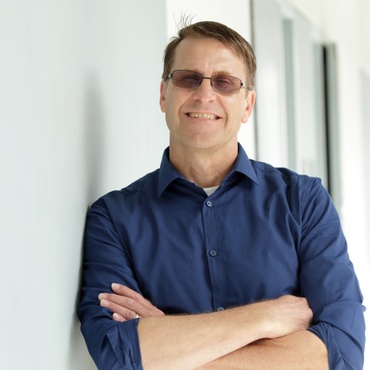 Bob Carlson is the producer and host of UnFictional, part of KCRW's Independent Producer Project, an initiative to cultivate and support the work of independent radio producers. Previously, Bob was KCRW's Director of Production and helped to shape the radio station's sound for over 20 years. If you're a KCRW listener, you've heard his name and his work countless times all across the broadcast schedule, on shows like The Treatment, Good Food, Guest DJ Project, and now UnFictional.

He studied radio broadcasting at Emerson College in Boston, and after college worked as a late night DJ at a radio station in the high-desert town of Lancaster, California. He began as a staff recording engineer and board operator at KCRW, and over the years he recorded and edited thousands of interviews for talk shows, and mixed music from almost every genre for music programs like Morning Becomes Eclectic. He co-produced four volumes of the Rare on Air live performance CD's, working with bands like Philip Glass, Patti Smith, Radiohead, Fiona Apple, REM, Jeff Buckley, and Tom Waits. (The first volume received five stars from Rolling Stone magazine.) Carlson was also the regular mix engineer for the wild and wooly nighttime live performances for Deirdre O'Donoghue's legendary SNAP program in the early 90’s. Plus, he was a regular fill-in host for SNAP and hosted his own midnight music show.

He began producing radio documentaries with a series of award winning pieces about the construction and opening of the Getty Center and Walt Disney Concert Hall. In 2010 Bob created UnFictional to highlight, create and commission unusual and compelling works of audio storytelling.