Learning to navigate through the dark. Much like a radio listener, a blind person has to rely a lot on their sense of hearing. But once you learn to hear with your whole body, you can talk a walk down to the beach or maybe play some baseball.

The last thing you might expect a blind person to do is…play baseball. Producer Ryan Scammell spent an afternoon watching "beep baseball," a version of the game created for the vision impaired. The ball beeps, the bases buzz. It's a game about trust, faith, and overcoming all obstacles. Watching a blind man hit a ball out of the air makes you think anything is possible. Ryan Scammell is an independent producer living in Brooklyn. 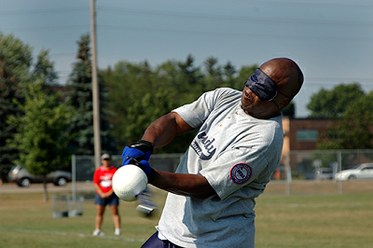 You can see videos of people playing beep ball here.

Also, audio producer Sarah Yahm knows a woman named Gail, in Santa Cruz, California, who lost her eyesight as a teenager.  She's worked out ways of compensating by hearing the world around her in ways that most of us don't.  Gail's kind of "re-wired" her hearing, turning it into a visual tool -- almost like sonar. Sarah remembered Gail when she was looking for a way to help her own mother, a fiercely independent woman who's adjusting to near-blindness, following a biking accident. 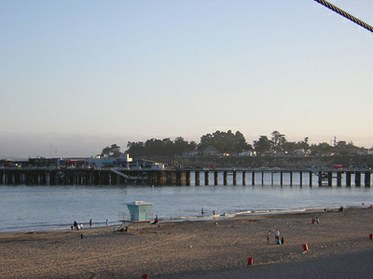