Welcome to the Metal In our first story we meet Angielyn Hamilton Lowe.

Nowadays she's a working mom who just bought her first home, but back in college, Angielyn Hamilton Lowe was better known for her alter ego - Ivy, the Mistress of Metal. Most of the students at her small liberal arts college couldn't have cared less about Welcome to the Metal, Angie's weekly heavy metal radio show. But for a few dozen inmates at the nearby state penitentiary, Ivy was more than a DJ. She was a muse, a lifeline, and a friend whose voice got them through the hardest times of their lives. More than a decade later, Angie gets a reminder of how much the metal meant to her fans behind bars.

Here is some of the artwork created by prisoners at the Putnamville Correctional Facility and sent to the Welcome to the Metal radio show. 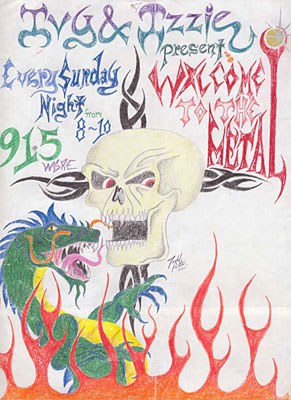 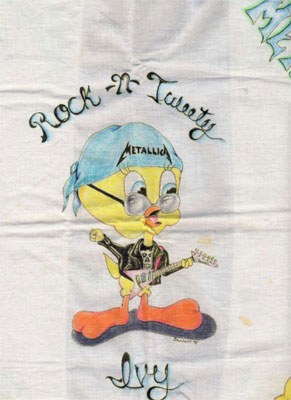 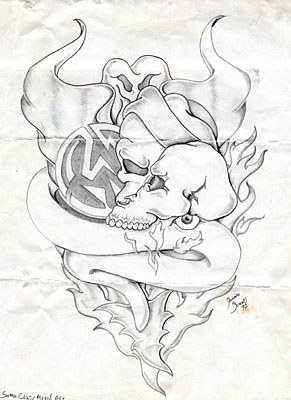 In our second story, we meet Laurel Woods, who had a really strange but relatively happy childhood. Her father ran a series of strip clubs around Los Angeles in the 1970's. While even THAT can be weirdly fascinating to a child, then came the shocking event that exploded and transformed her family and others. Laurel's life was forever split into a before and after.

Laurel Woods blogs at www.laurel-woods.com, where she writes about her life, strip clubs, prison, and especially her passion/obsession with Star Wars toys and culture. 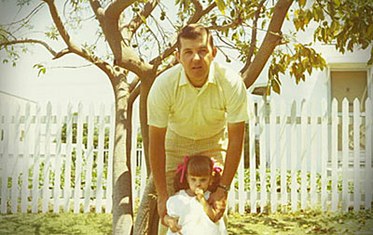 Laurel and her father

(This program was originally broadcast February 22, 2011.)