In the mid-1980s, two young women are coming of age in the San Fernando Valley. In a few years, when they’re teenagers, they’ll both latch onto DJ Deirdre O’Donoghue, for totally different reasons. Felicia Daniel becomes obsessed with the new music Deirdre is playing on “SNAP!” Her best friend, Tanja Laden, gets into Deirdre’s deep-dives into the past on her Sunday morning show, “Breakfast with the Beatles.”

On this week’s episode of “Bent By Nature,” we pay tribute to the listeners, whom Deirdre called “the heart and soul of ‘SNAP!’” It’s a story about two young women finding their way as outsiders, and the courage that music gives us to imagine our futures.

“American rock and roll is still manufactured, packaged, and presented to you by a lot of old-brained people who think they know what music’s about. But if you are the discerning group that I know you to be, then I know you’ll make more demands, as kids once did, and created some progressive radio and a positive atmosphere for a lot of great bands.”
— Deirdre O’Donoghue, “SNAP!” #312 (11/25/85)

Tanja Laden: Felicia and I met in 1984 in the seventh grade at Hale Junior High, which is now Hale Middle School. And we quickly became best friends. Our parents had the same jobs, we had a very similar outlook.

Felicia Daniel: In the early days of our friendship, we were very into listening to the oldies station. It was '50s music, and we would call up and do dedications on the radio to each other. Because when you're 11, you can't really go see your friend when you want to. But what you can do is call up the oldies station, record a dedication on their automated phone line, and then they would play the recording and the song. And that was our way of communicating musically back and forth with each other.

Daniel: I started going in the direction of looking for newer music. And maybe at that point I discovered KROQ and followed a path from that into more indie stuff. 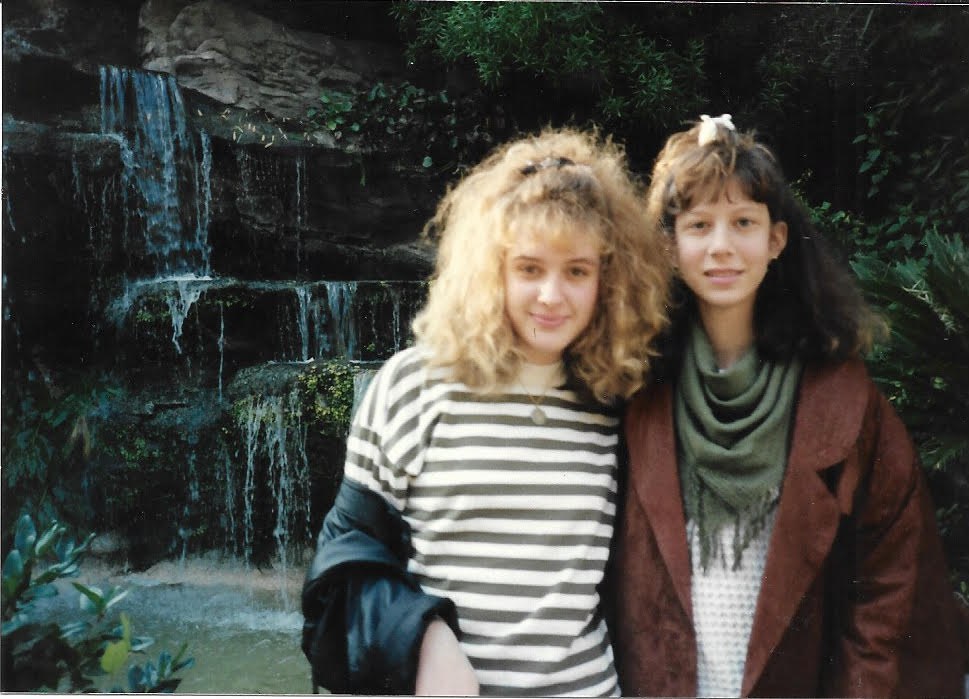 Daniel: Like a lot of people, I became a big fan of R.E.M. at the time, and followed them down the path of every band they ever recommended. I think a lot of people discovered so much good music through their interviews and recommendations. From there I started doing mail-order records. I kinda plunged into this world of stuff. I discovered 'zines around that time, I was mailing away for things. And those were the only ways that you could really find out about stuff that was non-commercial at the time. But somehow on that quest, I found out that KCRW existed and started listening to "SNAP!," and found so much music that was the exact kind of music I didn't know I was looking for.

Laden: I remember distinctly Felicia discovering Deirdre O'Donoghue. And she was so enthusiastic about her, and she was such a fangirl, and I started to get jealous. [Laughs] Because she just loved her. And I loved her too, but for Felicia, music and radio started to ... I almost want to say that Deirdre O'Donoghue inspired Felicia to study communications and radio in college. I mean, would that be right to say?

Daniel: It's probably where it all began. And I'm still such a radio nerd, I don't know how not to be. And it probably started back then.

Laden: Yeah, I mean, she was really a fan. And, y'know, it was just so beautiful, because she spoke to both of us in both of our styles of music that we loved at the time. And of course we had music that we both loved, Felicia and I, and that's what we did. We brought music to each other with mixtapes. It was always like, "Listen to this song that I heard." And most of the time, it came from one of Deirdre's shows. 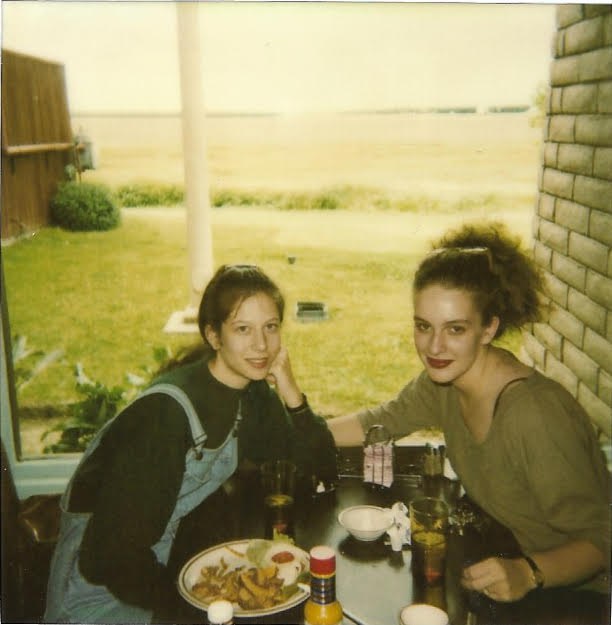 Daniel: Prefab Sprout ... The Blue Aeroplanes ... The Jazz Butcher for sure. I remember a lot of these strange one-hit wonders that were not a hit of any kind, but they were the Deirdre hit. There was a band called The Heart Throbs that I don't think was heard of anywhere else that she used to play the heck out of.

Daniel: [During] my junior and senior years of high school, when you have so much more work to do and you're sitting there doing your homework every night, "SNAP!" was my homework soundtrack. I remember calling the station during that time. At least one time, Deirdre did answer the phone, and that was very, very exciting for me. And I definitely also mailed her at least one fan letter, as one did at that time. And I don't know what happened to it, but… [Laughs]

Laden: I also wanted to say that our music tastes really developed after we started driving. We couldn't go past the Valley, so we had to stay within the bounds of the San Fernando Valley. We pretty much just sat in the car and drove and listened to music, and radio became a big part of driving.

Daniel: But then later we were trying to extend the area that we were allowed to drive. Like, how many miles from your house are you allowed to go with our overprotective European dads? And the biggest one, for me and for us, was McCabe's Guitar Shop. It booked so many of the acts that Deirdre was playing, and it was all-ages. You could go there and have tea and a cookie and see Syd Straw, which we did more than once. So it was kind of the perfect place for us to go. It wasn't a rock club; it wasn't 18 and up; it wasn't 21 and up. It was far from the depths of the Valley, but that was a place we saw a lot of shows. 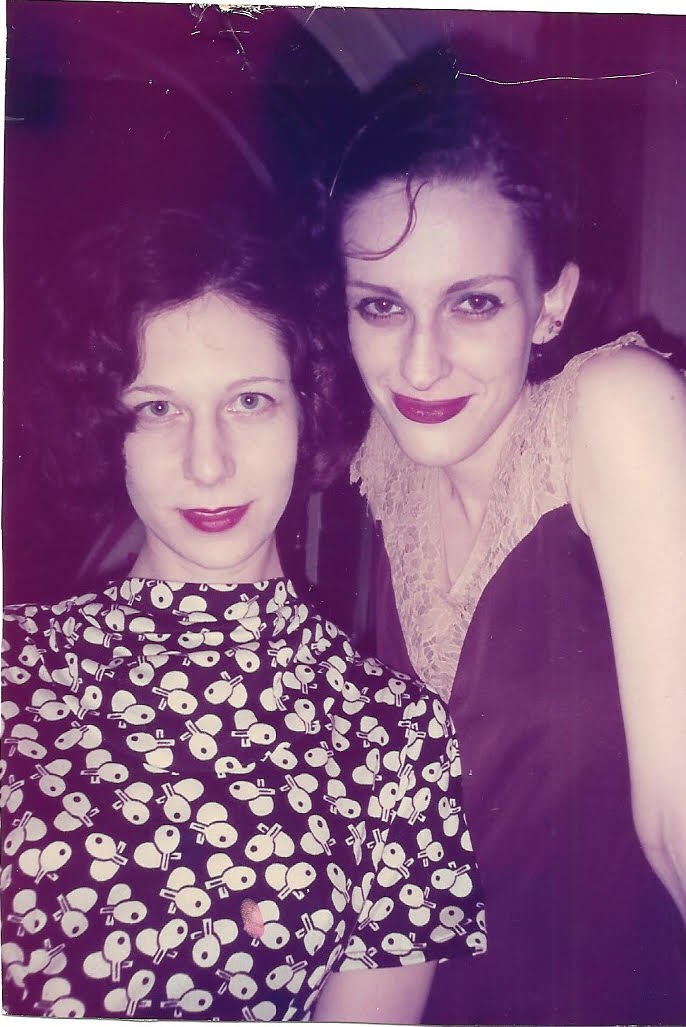 The year we turned 16, we saw Robyn Hitchcock; Kevn Kinney and Peter Buck; Syd Straw and Marc Ribot; Robyn Hitchcock again -- he just kept coming back. I've probably seen Robyn Hitchcock more than any other person, I don't know why, probably like 20 times. Definitely that Kevn Kinney show I remember. Just being able to see Peter Buck, our guitar hero, in a tiny place like that was pretty exciting.

Laden: Yeah, he was wearing soccer cleats. And he was getting a sandwich from Wienerschnitzel.

Daniel: ...from Wienerschnitzel, yes. [Laughs] We were sitting outside, because at McCabe's, you have to get there early to sit, and then you can be the first person in. So we would get there an hour, two hours early, and sit on the sidewalk on Pico. And I remember Tanja and I just sitting there, and we see this person stepping over our legs on the sidewalk. And it's Pete Buck going to get Wienerschnitzel.

Daniel: Another thing that I'll mention is that, after ninth grade, Tanja and I went to different schools. So it became even more like sending a telegram. We still would send notes and letters to each other, but we always, always did mixtapes. And we both, I would say, especially as we got into high school, made some other friends that were a little more our speed than who we had met in middle school, but we always still came back to each other. We were constantly talking to each other, constantly sending each other things, dropping by each other's houses. And I don't think we ever quite found one other person that was really on our wavelength that we had with each other.

Laden: We did end up living together after we graduated college for a year, and we've stayed very, very close ever since. Felicia's mom used to say it was a mitzvah that we met. [Laughs]

This episode is dedicated to the memory of Aaron and Anita Daniel.

Felicia Daniel went on to become the Music Director of UCLA’s student radio station, and a volunteer in KCRW’s Music Department. She currently works for a live entertainment company.

Tanja M. Laden is a writer, editor, and producer, with bylines including Atlas Obscura, the LA Times, and Vice.

They both still live, and drive, in Los Angeles.