Spiritual guru Deepak Chopra has written 86 books, many of them New York Times bestsellers. He is considered a pioneer in the field of integrative medicine and many of his song picks are by artists who were fascinated by his work, including Michael Jackson and George Harrison. His latest book, You are the Universe, is out now. (Hosted by Eric J Lawrence) 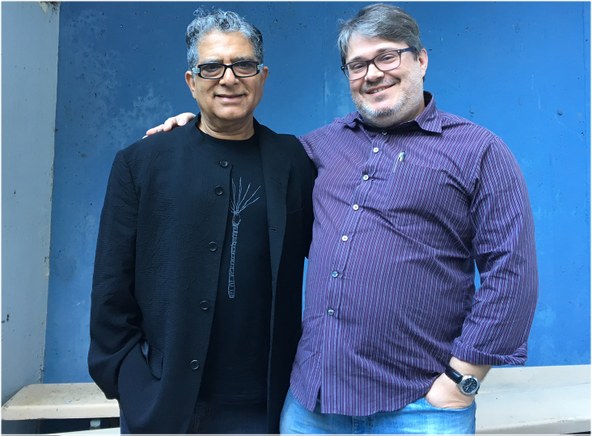 Eric J. Lawrence: Hi I’m Eric J. Lawrence and I’m here with spiritual guru Deepak Chopra. He’s written 86 books, many of them New York Times bestsellers, and is considered a pioneer in the fields of integrative medicine and personal transformation. But today we’re here to talk about five songs that have inspired him through his life, as part of KCRW’s Guest DJ Project. Dr. Chopra thank you so much for joining us.

Dr. Chopra: Thanks for having me.

DS: Well the first song I have for you is Michael Jackson’s “Earth Song”. Around 1995. I had become very close with Michael and I used to visit him regularly at Neverland. He was in great anguish about the cruelty to the environment and animals in general, and he would talk about it and even sometimes weep about the environment. He was very concerned about it. 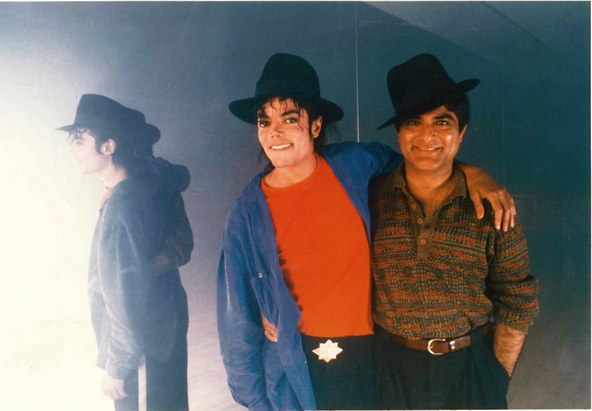 We had these long conversations about the environment being our extended body, like the trees are our lungs and the earth recycles as our body, the air is our breath, and the stars and galaxies are the light that gives life to us on planet Earth.

For me, it was rare to see someone at that time, at his age, being so concerned about the environment. As you know today, we’re going kind of backwards. Everything we thought we were going to do about healing our environment, we’re actually now regressing. 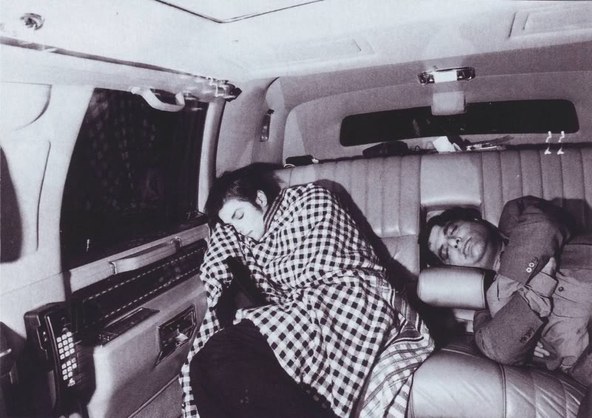 EJL: Do you find that music is a useful tool in terms of just healing?

DS: There’s a lot of research on music and healing so few enjoy a particular type of music and I give you Narcan -- Narcan is a narcotic antagonist, it’s what you give people when they overdose on heroin or something like that -- so if I give you Narcan before, you will no longer enjoy that music, although you’ve enjoyed it all your life, which means that the music you do enjoy creates opiates in your body. Now it so happens that it probably creates other things, like dopamine and oxytocin, serotonin. So these are molecules that happen to be immunal modulators, they modulate or fine tune the immune system. So music therapy has become a big thing for those of us who are interested in mind body medicine.

EJL: That was “Earth Song” from Michael Jackson. What’s the next track you got for us?

DS: The next track is very interesting, it’s Brian Hyland’s “Itsy Bitsy Teeny Weeny Yellow Polka Dot Bikini.” I was probably…how old was I in 1960?...so I was exactly 14 years old, so I was in high school at the time.

We were just beginning to have a hormonal burst as adolescents and that song was on one of the radio shows in India, New Delhi. I went to an Irish-Christian missionary school. All of our teachers were Catholics and priests, so there was a girls school across the convent and we used to occasionally go and peer outside the fence as the girls would appear across at us. So this one brings back memories of puberty…

EJL: That was Brian Hyland with “Itsy Bitsy Weenie Yellow Polka Dot Bikini.” What’s the next song you got for us?

DS: The Beatles “Lucy In the Sky with Diamonds”. I was in medical school at that time so it must have been after ‘67, I went to medical school in late ’64 so I was already three years in medical school. We were in an American school that had exchange medical students program from one of the Rockefeller Universities in New York.

So these kids who were visiting us, they were experimenting with LSD. They invited us to participate in one or two sessions with them, and then they played this music, “Lucy in the Sky with Diamonds”. I can tell you that that was a breakthrough for me.

There was a lot of kind of opening to what is fundamentally reality. Is our brain an editing machine that actually edits out a bigger reality for us? So that music was very meaningful to me. Two years after that, the Beatles came to India in Rishikesh to meet Maharishi Mahesh Yogi, and of course I was a student of meditation later. But they were in the news big time, and the Beatles were a phenomenon in India. It was much later that I actually became friends with them.

*Song: The Beatles – Lucy in the Sky with Diamonds*

EJL: Imagine medical students tripping out on LSD to “Lucy in the Sky with Diamonds” from the Beatles. What’s the next song you got for us?

DS: Well, the next track was published posthumously after George Harrison passed away.

In 1988, I had written a book called Quantum Healing. I suddenly received a call out of the blue from George Harrison, and he said he wanted to meet me. He spent a week with me. He was very much into the tenants of my book, which was all about how our state of consciousness influences our state of biology.

Quantum Healing became a bestseller nationally, but it was also partly vilified by the medical establishment because there was no scientific basis at that time for mind body, healing. It’s a big thing now and I like to take credit for some of that.

Anyway, we had a great time together and we became friends. George and I then traveled to India together, we traveled all over Europe together. 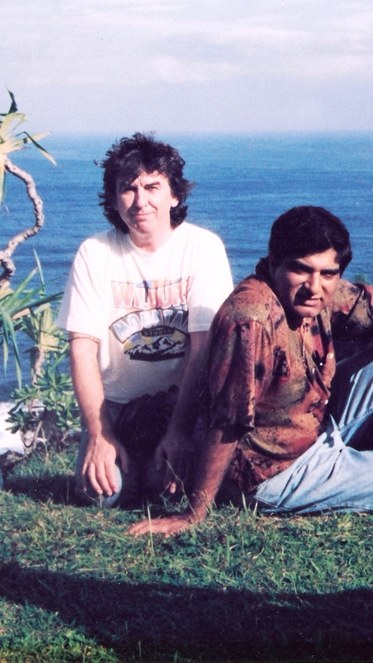 I went and spent time in very, very early ‘90s with him, before he was diagnosed to have cancer. So I went and stayed with him and every day he would take the chapter headings from my book and ask me questions about it. And then he would go off to his studio etcetera, and what happened is after a week I was leaving England and he drove me to the airport. And as he was saying goodbye, he pulled out this little CD that he had made and he said, “this is my gift to you. This is a song I wrote” And the lyrics are from the chapter headings from my book Quantum Healing.” It wasn’t published, it was just a gift he had given to me as a token for our friendship.

So after he passed away, I realized that I should at least let everyone know that I had this song. I sent it to Olivia his wife, and Olivia then had it published in the album that came out after he passed away. So “The Rising Sun” is beautiful, he uses words like “the universe at play inside your DNA. You’re a billion years old today.” Where else will you find a lyric in the world with phrases like that?

EJL: That was George Harrison with “Rising Sun.” Well what’s the last track you got for us?

DS: Well, the last track is Barbra Streisand, who I also became very friendly with later, much later. She came with Donna Karen to one of my clinics in Massachusetts. But, I heard this song when I was in New Jersey, it was after 1970. There was a movie I think around the same, and I saw the movie and then this song was really popular in 1970 and 1971. I was training as an intern in New Jersey in a small hospital.

Here we were in the emergency room treating somebody who had been shot by the mafia or something like that and we were suturing his gunshot wounds and in the background this song would be playing. It was kind of interesting as a flashback I see myself treating wounds in the emergency room, in surgery, taking care of patients with heart attacks, doing cardiovascular resuscitation, and Barbra Streisand is singing in the background. So that was very interesting to me. And then, many years later in the 80s, Barbra ended up coming to the center and we became friends. We still are.

EJL: Dr. Chopra thank you for joining us here at KCRW.

DS: Thank you, you’ve brought back some good memories.