Los Angeles County Museum of Art Director Michael Govan has always been fascinated with the West and his Guest DJ set is a tribute to the city he now calls home. He takes us on a musical journey through his time in art school, studies in Italy and his experiences here in LA. LACMA is one of many museums currently participating in Pacific Standard Time, a collaboration of cultural institutions to celebrate the LA art scene between 1945 and 1980.

Tracks
1. Danger Mouse & Daniele Lupe - Theme of Rome
2. Johnny Cash - Streets of Laredo
3. Los Lobos - Will the Wolf Survive?
4. Talking Heads - Once in a Lifetime
5. Viva K - Does it Matter

Transcript
Eric J Lawrence: "Hi I am Eric J Lawrence and I am here with LACMA director Michael Govan. Today, we're going to talk about some songs that he selected that have inspired him over the years as a part of KCRW's Guest DJ Project. Michael thank you for coming down.

Michael Govan: Thanks Eric, it's a pleasure to be here.

EL: What's the first song you got for us?

MG: So, I have this song that’s very recent. In fact, I think it came out in May of this year and it's Danger Mouse and Daniele Luppi. They issued a record called “Rome” and I love this song.  The song is “Theme from Rome” … the whole record is a play with Ennio Morricone, the great Italian musician who wrote the music for movies like “The Good The Bad and The Ugly, “Once Upon a Time in the West”, those great Spaghetti Westerns of the late 60’s that we identify with Clint Eastwood.
And this song fit everything for me. It had the West in it. It had the 60's in it. It had Clint Eastwood in the background. Morricone, I listen to anyway. And I spent a year living in Rome and it was probably the most formative year of my life. It was during college when I connected with art in a way - and art history - that I had never connected before, so everything about this song fits and I love it.

EL: That was “Theme of Rome” from Danger Mouse and Daniele Luppi from their collaborative record “Rome”. What's the next track you got for us? 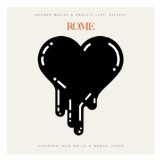 MG: Next I selected Johnny Cash. I can't have a playlist - for me - without Johnny Cash. I listen to Johnny Cash all the time and I love those late records that Rick Ruben produced. In particular, “American IV: The Man Comes Around”. That’s a great song too, but I selected the “Streets of Laredo”.
It seems the most classic cowboy song. It comes from an even older song, a century old lament of the cowboy, and that comes from an even older lyric from England from a folk song. So it has, again, this complicated long history.
And I spend a lot of time in the West; flying my airplane over the West, driving through the West, working with a lot of artists. And the West has always been a draw - from Texas to California. That’s partly what drew me in the end to California was my love of the West, so I guess this song captures it in general.

MG: The voice, the sound, the fact also that it is Country and Western -- but it isn't. It's rockabilly, its rock n roll. It’s a very distinctive sound. And that song, of course, the subject of the song is the dying cowboy and this was recorded when Johnny Cash was at the end of his own life and you can just feel it in his voice; its such a powerful song on so many levels.

EL: That was “Streets of Laredo” by Johnny Cash as selected by our guest LACMA director MG. What's the next track?

MG: The next track is Los Angeles, its Los Lobos, “Will the Wolf Survive?” I think that record was put out in 84'.
In 84', I was in Williams College studying to be an artist, staying up late in my art studio every night when I wasn't a DJ at the radio station. I had the graveyard shift since I was a late night person. I remember this song, it was friend mine who was an artist who has become quite an important artist now. We used to play this song, he introduced me to Los Lobos this fantastic new band from Los Angeles, and we played it all the time. As I played it, I got to feel the energy of the content too.
They were a great dance band and had terrific music, but the content of this particular record where there were politics; this question of the illegal immigrants coming into this country, into Los Angeles, and what was their place. And this song in particular allies the wolf’s plight with the person and the loneliness, the persecution, the struggle. All of that is mixed up in this song and it has an incredible beat to it and you can't stop listening to it.

EL: That was Los Lobos with “Will the Wolf Survive?”. What's the next song you have for us?

MG: One of my favorite songs of all time. I think a lot of people love this song, “Once in a Lifetime”. I think its Talking Heads’ best record, “Remain in Light”. Partly because it has that cross-cultural feeling, that it has the African rhythms and the beginnings of David Byrne’s interest in world music. But it’s a fantastic record; you feel like you can swim in that music.
“Once in a Lifetime” is like the soundtrack for so many of our lives.

Song: “Once in a Lifetime” – Talking Heads

EL: David Byrne studied art at the Rhode Island School of Design and the Maryland Institute College of Art. Did Talking Heads appeal to you because of his art background?

MG: As a visual arts student you could totally relate to the strategy that was being employed by Talking Heads in making music and how the references were pulled together and all of that. It seemed perfectly analogous to the logic of contemporary art at the time and I think you can say that about so much of pop music. In some ways, I look to pop music to get a feeling for where the world is going and one of the things that drew me to a museum like LACMA, which is an encyclopedic museum, is you live in this city that speaks 200 languages. We have people from all over the globe here in our community. Los Angeles is the world. And music is sometimes the first place for that all to mix.

EL: That was Talking Heads with their song once in a lifetime. So what the last song you got for us?

MG: I had a hard time picking the last track because there are so many other great songs to play, but somehow I zoomed in on a CD that’s still in my car by a group called Viva K, who's from East Los Angeles. I heard them first on KCRW, I bought the record and have been playing it ever since.

I think it’s the only record they've produced. I always wondered what happened to their music because it seemed, it’s so powerful. For me, it’s also the interest I have in cross-cultural music. Obviously, the sitar is the main event in their music, but it also is in this other tradition of music as this wave or wall of sound and you just feel it like the ocean rushing over you.
I figure this is a little obscure and something related to Los Angeles and something I'm still playing since they put out the record I think about five or six years ago.

EL: Michael, I want to thank you so much for coming down and joining us.

MG: Thanks Eric, really a pleasure to be here at KCRW.

EL: For a complete track listing and to find these songs online go to KCRW.com/GuestDJProject and subscribe to the podcast through iTunes.