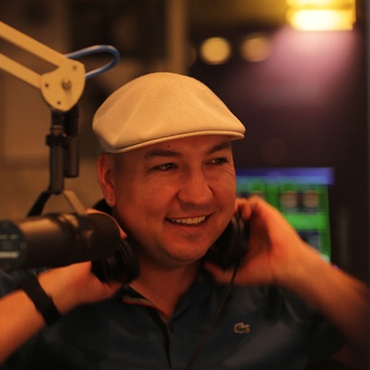 The voice of pirate radio in the mid-'90s and a native Angeleno, Raul Campos has come from the underground to represent the eclectic airwaves of KCRW.

From his menagerie of influences, Raul dreamed of becoming a radio broadcaster. His youthful affection for music began with the 8-track and vinyl collection of his Mexican parents and six older siblings. Their musical influences ran the gamut of genres and styles. Before even developing the ability to speak, Raul would regularly babble tunes from the radio using his own made up words. By age eight, Raul was avidly playing the likes of the Rolling Stones, Michael Jackson, Donna Summer and the Beatles, sprinkled with the rancheras, cumbias and mariachi music of his parents.

His assorted collection expanded as tapes became the format of choice and Raul began to experiment with cutting and "mixing" tapes on a boombox. At the age of 14, he finally put the needle to the record and stepped behind the decks as a DJ. Specializing in house parties, college mayhem, nightclubs and underground events, Raul quickly developed a reputation across Los Angeles.

Laying his urban planning career aside, Raul followed his dream into the world of radio. He established a residency on Power 106FM's longest running after hours mix show Power Tools, along with Richard Vission and Swedish Egil, cutting his teeth banging out mega-mixes.

But it was in a basement in Santa Monica that Raul would find a home for his motley musical influences at public radio station KCRW 89.9FM. Under the attentive and personal mentorship of renowned Music Director Nic Harcourt, Raul quickly worked his way from volunteer to production and on-air stints.

Embracing KCRW’s devotion to diversity, Raul secured a weekly show, formerly called Nocturna, on weeknights, from 10 PM to midnight. After many years of the night shift, he moved to weekends from 3pm to 6pm in August 2013.

Campos still loves to rock the club and has been billed along with some of the world's biggest talents, including deadmau5, Kaskade, Moby, Armin Van Buuren, Louie Vega, Paul Van Dyk, and Mark Farina, to name a few. He's also opened for some of music's greatest artists, from Martin Gore (Depeche Mode), Stevie Wonder and Cafe Tacuba, to Booka Shade, Groove Armada and Lionel Richie. You can catch him in the mix all over town.

Raul also continues his work behind the scenes as a remixer, putting his special spin on tracks by Femi Kuti, Supreme Beings of Leisure, Aterciopelados, and Jill Scott. He has also hosted the Latin Alternative Music Conference (LAMC) in New York for the last six years, spinning at Central Park and introducing some of the biggest names in the genre to crowds of thousands in Brooklyn and beyond. 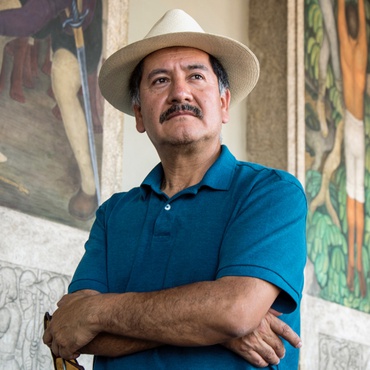 Radio journalist, writer, curator and music promoter based in Los Angeles. Betto is a regular contributor to NPR and BBC Radio 3, with a focus on stories about music from all over Latin America and the world. Since 2018, he's the Latin music curator at the San Jose Jazz Festival and a founding member of REDPEM - Red de Periodistas Musicales de Iberoamérica (Ibero-Latin American music journalists network)

In 1993, Betto received his Bachelor of Science degree in Broadcast Journalism with honors from the University of Colorado-Boulder. Betto is a native of Xalapa, capital of the state of Veracruz, Mexico. 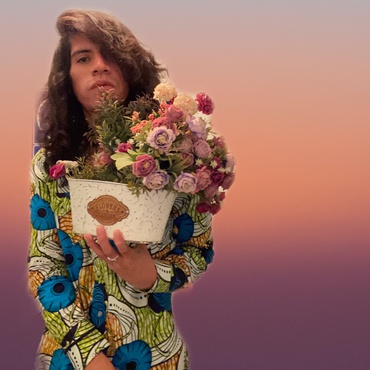 Content Curator and Music Supervisor for Mexico City-based Canela Music, Junf’s passions lie in world music and broadcast radio, leading him to contribute to diverse and popular stations such as DUBLAB (Los Angeles), KPFK 90.7 (Los Angeles), WFMU (Jersey City), The Lot Radio (NY), Rise Radio (NY), Aire Libre 105.3 (CDMX) and more. Junf spreads his radio and world music ideology through the telling of his own experience across prominent music conferences, encouraging future and emerging artists to embrace and share their own perspectives.

As a resident DJ in many of Mexico City’s hottest spots, he also takes his signature fresh mix of eclectic sounds, new music, and future roots to dance floors around the world. Junf was host and DJ on Mexico City’s popular radio station Ibero 90.9 where he created an overnight loom of ritualistic sounds for weekend nights. Junf also created music discovery mixes for the MAKENWA radio show on Saturday nights with the aim of connecting sound and space, and was a producer/music curator of the popular radio show, Radio Pocajú Internacional on Ibero 90.9. 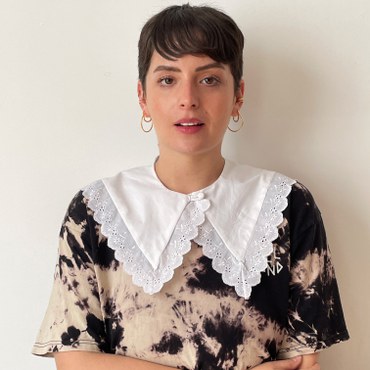 I have been a part of the music industry for the last fourteen years, developing my career in Mexico being the director of a music festival, producing events for brands and clients, developing marketing strategies, generating music identity, hosting my radio show and helping grow music projects.

Since 2008 I've been a part of NRMAL, becoming the director of this international community based in Mexico, with diversity and equality as core values. Each year we celebrate a music festival presenting underground's finest. In eleven editions (until 2020) we've showcased more than 450 acts from 34 different countries, and we had the highest female parity in Latin America. We've done international events in: Austin, Palm Springs, New York and Seattle in the USA; San José, Costa Rica; Bogotá, Colombia; Quito and Cuenca, Ecuador, among others.

I'm a partner at a music services agency, Turista Universal, where we create sound identity for projects, brands and artists, we do music supervision for audiovisual projects and music curation in different areas.
I've hosted radio specials in Mexico's main music radio stations like Ibero 90.9, Reactor 105.7 and Aire Libre 105.3, and since 2020 I created my own show, Omakase Musical, inviting listeners to discover new music from different corners of the world, taking the japanese word used when you're at the chef's hands as an analogy for music, building trust with my community to relax, enjoy and discover new sounds I have for them.

My professional career has taken me to participate in conferences, courses and music industry events in countries such as Mexico, United States, Costa Rica, Colombia, Chile, Brazil, Spain, Canada and Ecuador.

My objective throughout all my projects is to connect through music, with a particular focus on emerging and independent projects, generating a community around them and building an equal, diverse and inclusive scene with special attention to Latin America but with a global perspective.