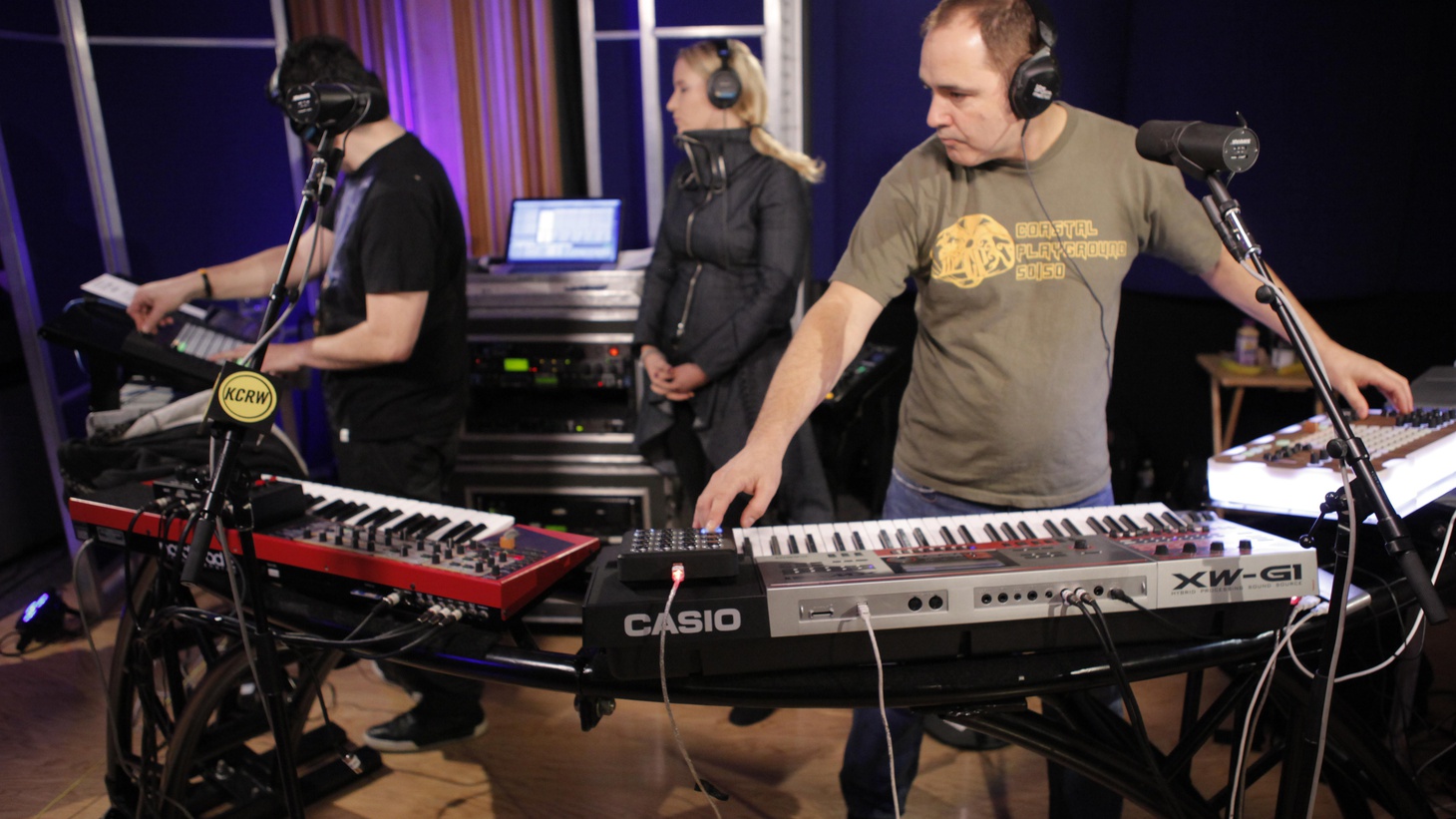 Welcome to the latest installment of the Morning Becomes Eclectic Podcast. This episode features live, in-studio highlights from the legendary electronic duo The Crystal Method, the entire session from Phantogram, plus a few from L.A. based singer-songwriter Lo-Fang.

We’ll start with The Crystal Method who were in the KCRW studios to support their self-titled, ninth studio release, which they pumped up a bit by adding a full band and a few very talented singers. We’ll feature two brand new songs from them.

Up next, we’ll feature the full session by New York electronic duo Phantogram. Their blend of big electronic beats and gazey synths have found a huge following for the relatively new artists and their second album, Voices, even saw some time at #11 on the Billboard charts.

Finally we’ll hear from Los Angeles based singer-songwriter Matthew Hemerlein, also known as Lo-Fang. This classically trained musician wrote his debut album while traveling the world and you can hear elements of his experience from places like Cambodia, Bali and Nashville throughout his music.