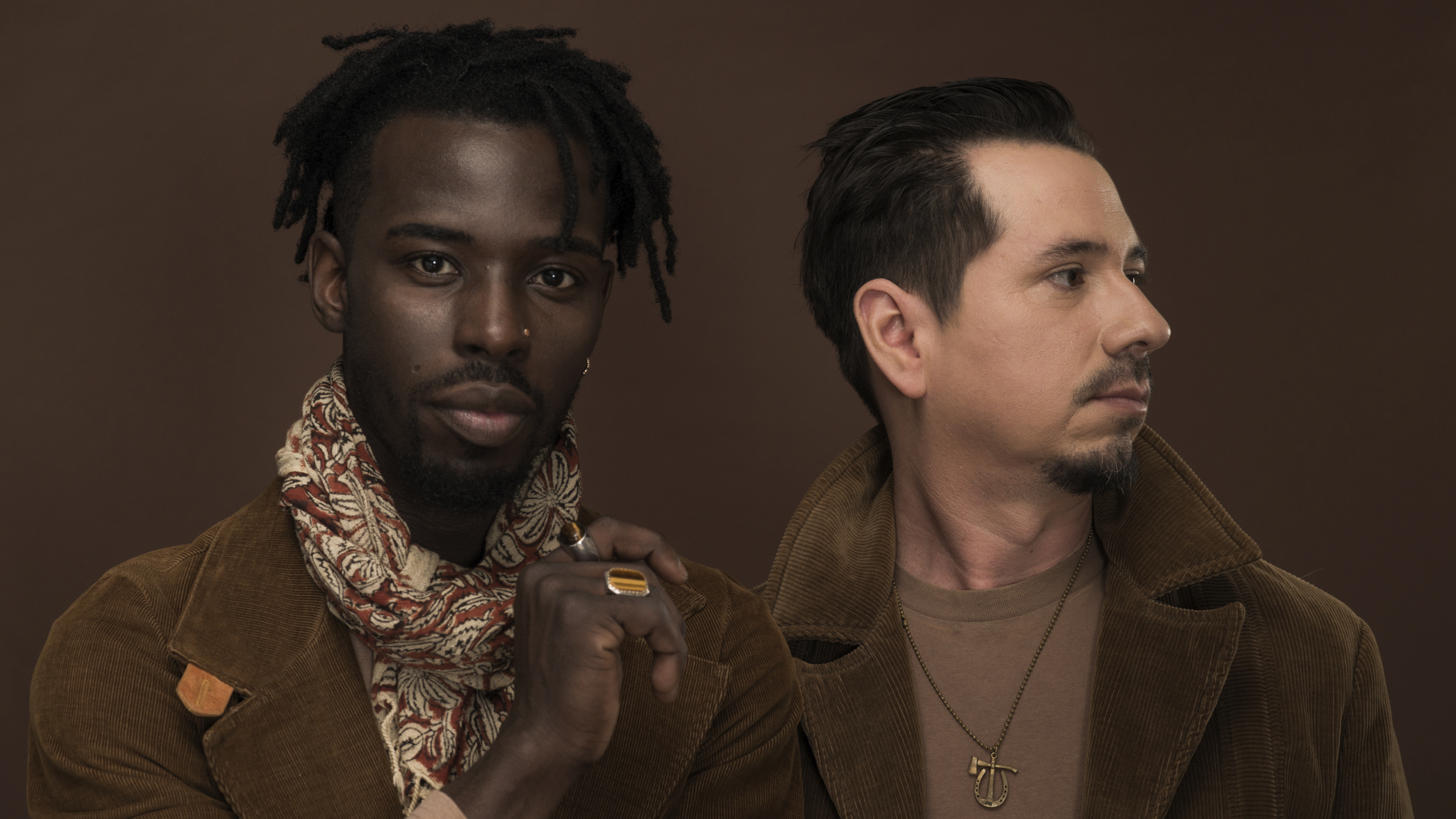 Black Pumas. Photo by Greg Giannukos - Courtesy of the artist

For July's edition of Station Breaks, discover fresh and exciting new music with something for every playlist, all handpicked by NPR's public radio music stations.

The K.R.I.T. in Big K.R.I.T. stands for King Remembered In Time. Here, he writes his own entry into the history books with this thesis statement, "K.R.I.T. Here." —Justin Barney, Radio Milwaukee, Milwaukee, Wisconsin

"Colors," from the new debut album by Austin's Black Pumas, is a soul song for our times. Singer Eric Burton delivers a message of love and acceptance we all need right now. —Elizabeth McQueen, KUTX, Austin, Texas

In "Say the Word," Chely Wright spins a sultry love song out of raw sugar and cinnamon — with close harmony by Jeremy Lister, who adds the whipped cream and cherry on top. —Jessie Scott, WMOT, Nashville, Tennessee

Dionysia's "Capsize" is a breezy summer anthem that encourages you to relax and go with the flow. The band's new album, Catalyze, comes out at the end of the month. —Stacy Buchanan, WGBH, Boston, Massachusetts

"Fragile" captures that buildup you feel in your throat when you need to bawl. Eryn Allen Kane takes an ugly cry and turns it into poetry. —Silvia Rivera, Vocalo, Chicago, Illinois

Asheville's House and Land plays traditional Appalachian folk with a U.K. psychedelic drone. In this update of a Northumbrian murder ballad, the band tells a tale of jealousy and the sea. —Brian Burns, WUNC, Chapel Hill, North Carolina

Born in New Zealand, raised in Australia and now based in London, Jordan Rakei has worked in close proximity to the burgeoning jazz and electronic scenes there. He's influenced by neo-soul luminaries such as Erykah Badu, Maxwell, Lauryn Hill and especially D'Angelo. —DJ Aaron Byrd, KCRW, Santa Monica, Carolina

Madison Cunningham, "Pin It Down"

Maybe you've seen her alongside Andrew Bird, or perhaps on Live From Here, and if so, you're probably already a fan. You need only experience Madison Cunningham once to become a believer in this Orange County songwriter, who's talented well beyond her 20 years. —Rita Houston, WFUV, New York, New York

"I wanna take you behind the scenes." In a world overrun with avatars, Middle Class Fashion's "Bad Dream" cuts through all the pretense with one sharp line. —KE Luther, KDHX, St. Louis, Missouri

It's been more than 45 years since the debut of Lavender Country's self-titled debut, the first-ever "Queer Country" album. Now, 75 year-old Patrick Haggerty is working on a follow-up (with a GoFundMe to boot) and has released its debut single, "Gay Bar Blues." —Rosemary Welsch, WYEP, Pittsburgh, Pennsylvania

Paul Cauthen's "Cocaine Country Dancing" is a modern-day honky-tonk delight your ears will thank you for the next morning, even as its subject matter leaves you awash in regret with an empty wallet. —Gini Mascotto, KTX, Dallas/Fort Worth, Texas

Here's a pick-me-up jam to get any party started. Inspired by a trip to Cuba — documented in the album and film A Tuba to Cuba -- Preservation Hall Jazz Band leader/bassist Ben Jaffee and crew cross musical boundaries with delightful and danceable results. —Bruce Warren, WXPN, Philadelphia, Pennsylvania

Slowthai's petrol bomb of a debut is one of the year's best hip-hop albums, a mosh-pit manifesto that confronts British society with an enrapturing mix of magnetic chaos. —Jacob Webb, KEXP, Seattle, Washington

"Disco" is a strangely intoxicating summer jam — as comfortable on the beach as it would be featured in a Quentin Tarantino film. Don't miss the video, directed by the duo's own Nick Rattigan. —Malayna Joy, NV89, Reno/Las Vegas, Nevada END_OF_DOCUMENT_TOKEN_TO_BE_REPLACED
KCRW's Power in Numbers Drive: Today, your dollars will be doubled up to $25,000, thanks to the generosity of Paul & Renee Haas.
Give Now
Give Now