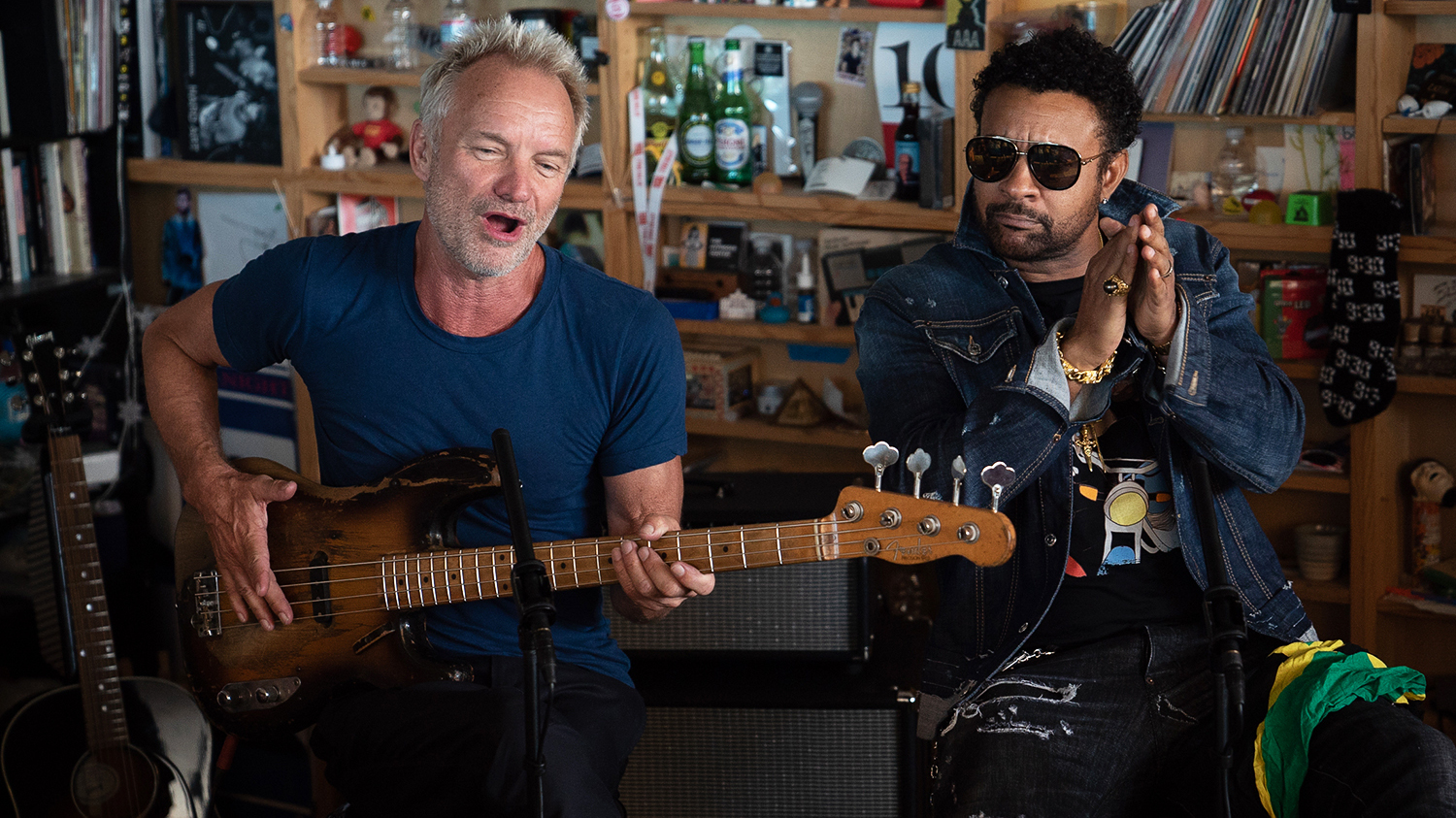 Sting and Shaggy might not be the most likely musical pairing. But one thing is certain, they love playing each other's music. On a bright autumn morning, the legends arrived at the NPR Music office bleary-eyed yet excited to play for the diverse staff of Shaggy and Sting fans. What surprised many of my NPR colleagues is just how well the collaboration works.

Their success as a duo shouldn't come as a total shock. After all, pulsing through many Police songs (Sting's famed band of the '70s and '80s) is a Reggae backbeat. It's impossible not to hear the influence in classics like "Walking On The Moon" and "So Lonely."

Shaggy (zoinks! - his nom de guerre comes from the Scooby-Doo cartoon character) was born in Kingston, Jamaica. He moved to New York when he was 18 and his music evokes only good vibes. The positive energy he brought to their opening song, "Englishman [and Jamaican] In New York," had everyone in the room grinning ear to ear, "early morning Reggae style," as he put it. After the tune, Sting announced "I never sang that song before 8 PM... Ever!"

Sting's familiar, raspy voice was accompanied by his battered 1957 Fender Precision bass he's plucked for over 25 years. His long-time guitarist and collaborator, Dominic Miller, strummed Reggae offbeats on acoustic guitar and co-wrote the hauntingly beautiful "Shape Of My Heart." That song is mashed-up with Juice Wrld's "Lucid Dream," sung by Gene Noble, offering a refreshing counter to Sting's nuanced melody.

Shaggy affectionately refers to his collaborator as "Stingy," putting his arm around him mid-performance. It's easy to see the camaraderie that being on the road together affords these veteran musicians, to say nothing of the breath of fresh air they bring to each other's music.