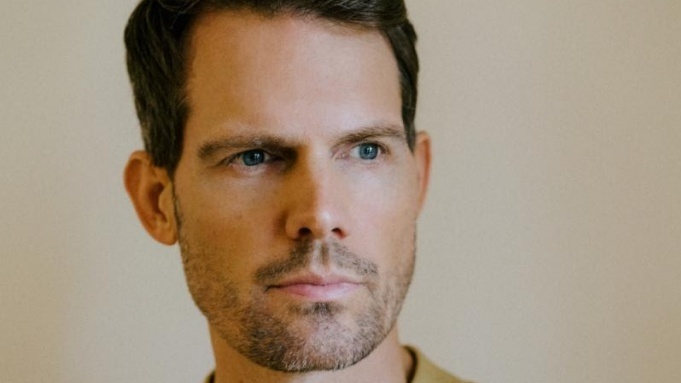 Tycho's latest album, Weather (feat. Saint Sinner on vocals), is out now. Photo by Scott Hansen - Courtesy of the artist

Over the past 16 years, the musician Tycho has emerged as a titan in the ambient electronic scene. Tycho, whose real name is Scott Hansen, is known for crafting dreamy, atmospheric instrumentals that are often described as "chill," "expansive" and even "transcendent."

But for his fifth full-length album, Weather, out now, Hansen did something no one ever thought he'd do — he added vocals. To be specific, he added the vocals of Hannah Cottrell, also known as Saint Sinner.

Cottrell contributes a perspective to Weather that is quite distinct from Hansen's. Whereas Hansen is well into his career, Cottrell is just getting started. There's also a 20-year age gap between the collaborators, who were introduced to each other by a mutual friend.

According to Hansen, the partnership has turned out better than he could have imagined. He describes Cottrell as "fresh" and "energetic," and says he was inspired by how new everything seemed to her.

"For me, this record in particular was all about reconnecting with the things that inspired me really early in my career," Hansen explains. "So, to see someone in that moment, I think, helped me kind of channel that version of myself in a lot of ways. And it just ended up being, I think, one of the most inspiring years of my life, just working on this record."

The artistic relationship was symbiotic — Cottrell felt the instant inspiration, too. She describes the synergy of their first session together, before which Hansen had sent her at least a dozen instrumentals and asked her to write tracks to some of them. Cottrell happened to pick two that were also Hansen's favorites. She says that they clicked right away: "It was, like, probably a four-hour session, and we finished two songs."

Hansen has received mixed responses to the addition of vocals to Tycho's music. But after 16 years of making purely instrumental music, he says, he expected those polarized reactions. But he's also confident that listeners will come to respect the choice and understand that it's not so far from what he's been doing all along. "I think you know there's still that DNA intact within these compositions," he says.

At this point in his life and his career, Hansen explains, the vocals in Weather felt like a necessary musical development for Tycho. "There needed to be a voice and there needed to be some literal human kind of emotion put into the music that wasn't up for interpretation as much as just these soundscapes," he says. "It was something that kind of grounded it more in reality and more into a personal space than before."

Web intern Rosalind Faulkner contributed to the digital version of this story. Listen to the full aired story at the audio link.

Caribou is back with a new album, download the dreamy "You and I" Today's Top Tune Jan 21

Caribou is back with a new album, download the dreamy "You and I" Today's Top Tune