City Scenes: 10 Nashville Artists To Add To Your Playlists 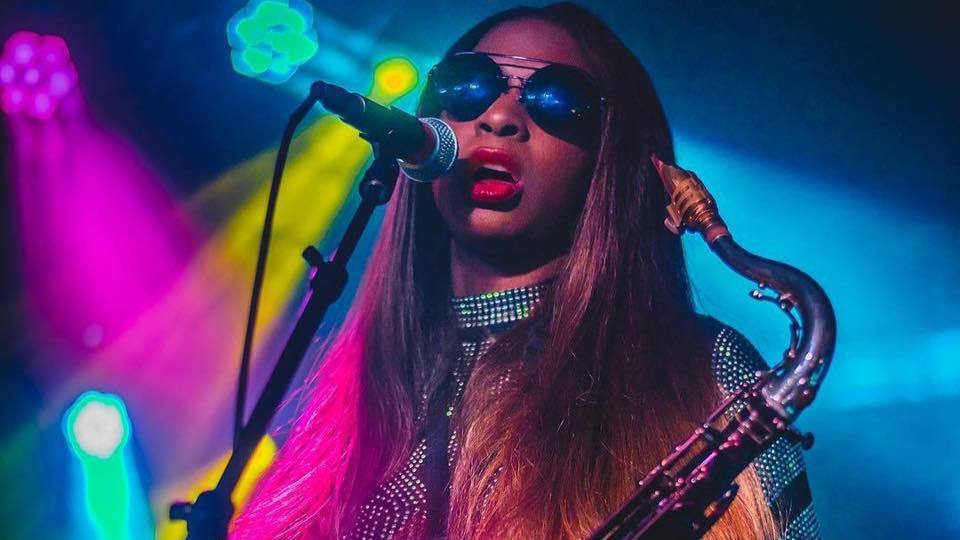 Tennessee artist Amber Woodhouse performs with her saxophone. Photo by NPR - Courtesy of the artist

People still imagine a sea of cowboy boots and hats when they think of Nashville, but it's so much more than that when it comes to our rich and diverse community of music creators. WMOT has recently launched a three-prong series to focus on local emerging artists. The Local Brew includes The Daily Local Brew, which highlights a different local artist every Monday through Friday. There's also The Local Brew Show, a weekly long-form show including an interview, plus a weekly showcase, The Local Brew Live.

Narrowing this list down to just ten Nashville based artists was no easy task. This list includes a taste of some of the different sounds coming out of Nashville; there's definitely some twang, but also some soul, rock and roll and even a little bit of jazz. All of these artists have been, or are about to be featured on The Local Brew.

Jedd Hughes is an Australian-born, Nashville-based singer, songwriter, guitarist and producer. He left for the states right after high school and studied bluegrass music at South Plains College in Texas, but soon after made the move to Nashville. He's toured with Rodney Crowell, Vince Gill and Patty Loveless and co-wrote songs with Sarah Jarosz on her Grammy-nominated album Build Me Up from Bones. He's releasing his first solo record in 15 years, West, on Aug. 30. Jedd Hughes plays The Local Brew Live with King Corduroy, Aug. 19.

King Corduroy, "Workin' For A Livin'"

King Corduroy's sound draws inspiration from the places he's lived including Los Angeles and Austin. Although he grew up in Montgomery, Ala., he had family in the Crescent City and got a taste of the sights and sounds there at an early age. You'll hear a little Dr. John, a little Leon Russell and a lot of cosmic country cool. "Workin' for a Livin'" is on his new EP, Avalon Avenue, produced by Jimbo Hart. King Corduroy plays The Local Brew Live with Jedd Hughes, Aug. 19.

"The Victim" is the second single from EG Vines' forthcoming full length album, Family Business, out Oct. 11. EG Vines played the Local Brew Live last month and gave us a taste of several songs from the new album produced by Jordan Lehning, a much sought after multi-instrumentalist and string arranger in Nashville. This album has ten well-crafted, catchy songs ranging from straight-up rockers like "The Victim" and "Blood in the Streets" to "The Hate Remains," a sparsely arranged, poignant look back at Alabama, the state where EG Vines went to college.

Smooth Hound Smith are husband-and-wife duo Zack Smith and Caitlin Doyle-Smith. Both native Californians, they made the move to Nashville and really dug into songwriting and playing as many shows in town and out on the road as possible. After Natalie Maines of the Dixie Chicks heard them, they exchanged Twitter messages, which lead to an opening slot on the Dixie Chicks 2017 arena tour. This is the title track from Smooth Hound Smith's new full length album, Dog in a Manger.

Founded in 2016 by Christopher Kessenich, Peter Eddins, Matthew Siffert, Jimi Greene and Brian Kempson, the band has been focusing on developing their live show and growing their audience while touring the country. In 2015, Christopher and three other musicians set out on a 1,600+ mile walking tour from Maine to Nashville, playing 50 shows, making an album and a documentary with local artists they met on the road.

Colleen Orender, "The Mouth You Feed"

Colleen Orender's sound is reminiscent of a smoky, late-night jazz club with a hint of James Bond. Originally from Tampa, Fla., Orender started singing in her grandfather's country band when she was just five years old. Her new record, The Company of Older Men, was produced and written by herself and Michael Davey in Nashville. She tours regularly around the Southeast and when she performs here in Nashville, she has a band of accomplished women accompanying her.

Lake and Lyndale, "There's a Weight"

Lake and Lyndale are fairly new to Nashville, but jumped right into making an EP with producer Jon Estes, who also plays bass in Nashville's Steelism. For the "There's a Weight" video, lead singer and songwriter Channing Marie spent four months learning the song entirely backwards.

Amber Woodhouse is a powerful vocalist and saxophonist who has released a couple of singles as a solo artist. She's also a member of Nashville funk and R&B outfit Luthi and just recently joined forces with former Black Crowes' drummer Steve Gorman, bassist Nick Govrik and guitarist/vocalist Ed Jurdi of Band of Heathens' for the new line-up of Trigger Hippy. She also tours with Nashville's Moon Taxi.

Jeff Adamcyzk is a multi instrumentalist, vocalist and songwriter. He plays keyboards with several nationally touring artists based in Nashville including Rayland Baxter and Nicki Bluhm. Adamcyzk is a powerful vocalist and an accomplished performer who is about to release is first solo album in October called If I Could I Would Have By Now.

Lydia Luce writes, sings, plays guitar, violin, has a master's degree in viola and has studied ballet. Through the Nashville Ballet, Luce met Erin Kouwe and discovered they shared the passion to collaborate across artistic genres. They brought in videographer/editor David Flores to combine dance and music in the video for "Tangerine."