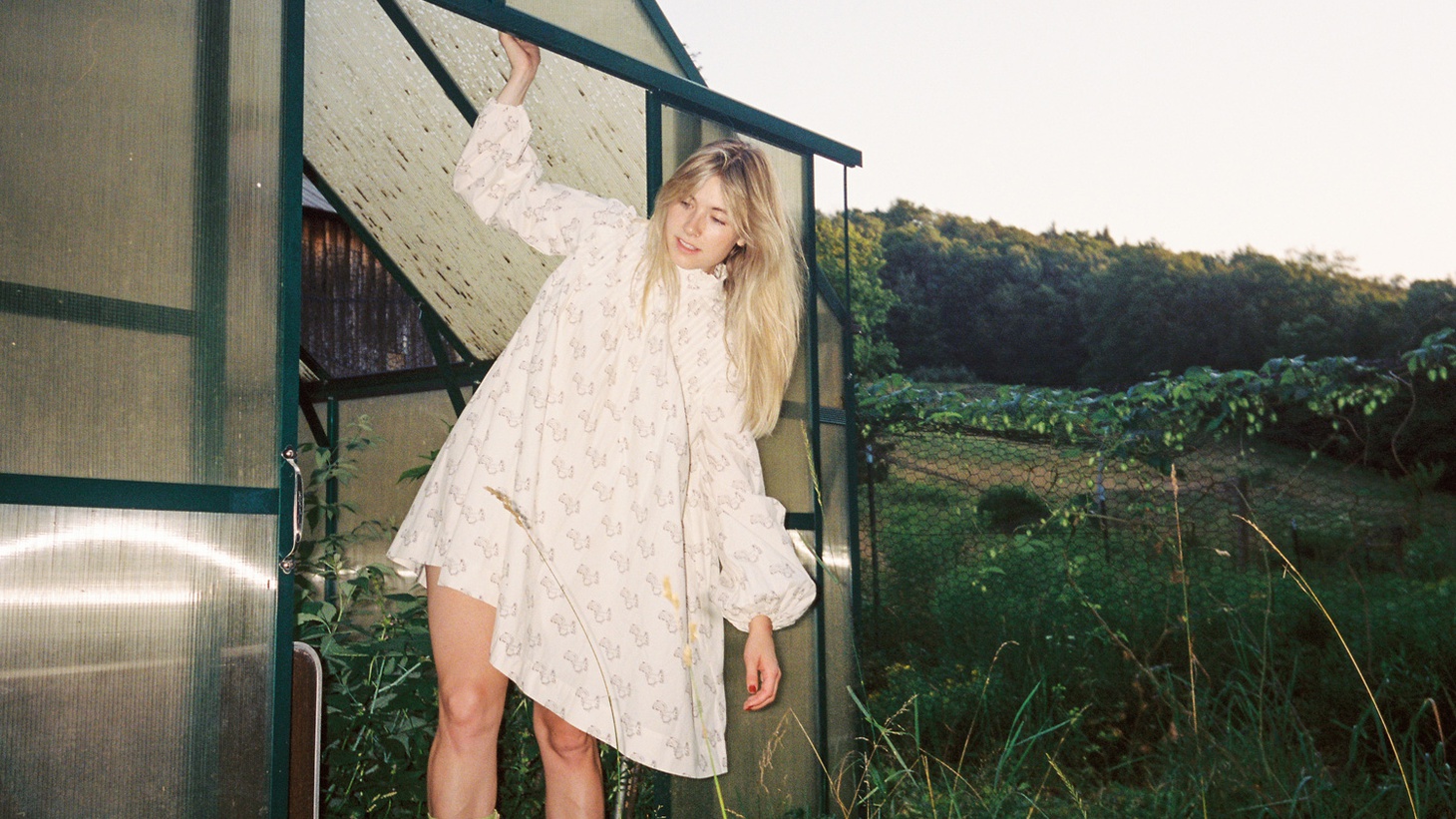 Richmond, Virginia native Kate Bollinger has cornered the market on jazz-tinged folk songs with pensive lyrics that'll have all of your synapses firing at triple speed. Her latest endeavor is "Look at it in the Light," her first extended play on Ghostly International.

Bollinger’s well established penchant for haunting balladry goes deeper on her third EP, with a focus on clarity and twists that belie sweetness. The lyrics become more ponderous, and enriched production offers subtle flourishes throughout. Ultimately, “Look at it in the Light” feels like the centered arrival of a formidable artist and her immensely creative band.

Just ahead of the EP’s April 22 release, Bollinger joins us to revel in Elyse Weinberg's "drunken love song thing," the tremendous fortune of having older siblings to shape your music taste, and how her new record became a "goodbye Virginia project.”

KCRW: For something old, you brought us a song by an artist named Elyse Weinberg. What can you tell us about this track?

Kate Bollinger: I found this full album, “Greasepaint Smile,” on the tour that I was just on with Faye Webster. She's a late ‘60s songwriter who was kind of in the scene with Neil Young, Joni Mitchell, and all of them. But it didn't really work out for her in the same way. She just released these two albums, and then pretty much gave up music, moved to Oregon, and started working in insurance. And she changed her name to Cori Bishop, which I think is awesome because it's a more rock 'n' roll name than her real name.

This is such an amazing album, and it's kind of semi-unknown. [Although] it did get picked up and released in 2015 by Numero Group. Every song is so good, and every song is so different. But I really love “Nicodemus.” It has that desperate, sort of like… drunken love song thing about it that I really like. I just love everything about it.

There's a very subtle funkiness to the instrumentation of both Alice Phoebe Lou's work and yours. Where does that come from on your end?

Most of my band is a jazz band, and that's had a lot of influence on my sound and my songwriting. I didn't really listen to much jazz or funk growing up, but one of my older brothers loved jazz and always played it, so I feel like it's definitely had some sort of an impact on me.

Lou and you also seem to touch on a lot of similar themes in your songs.

Yeah, I think that's why I like it so much. The whole album [“Glow”] just kind of feels like a diary entry or something. That’s sort of how I approach songwriting too, so I feel really close to a lot of the lyrics in her songs.

You mentioned having older brothers, were they influential in turning you onto new music?

My music taste is pretty much because of both of my older brothers. I almost brought, as my old song, one of the songs from “Tragic Kingdom,” the No Doubt album. I have a really clear memory of getting the “Lizzie McGuire” soundtrack from my mom for my birthday, and also getting “Tragic Kingdom” from my brother because I was obsessed with pop music. So they were always trying to turn me onto stuff that they thought was cooler.

Something You: Kate Bollinger - "Who Am I But Someone"

What can you tell us about “Who Am I But Someone?”

It's hard to keep track of time because of the pandemic, but I think it was in the first year. Two of my bandmates [and] my producer John and I, all of us were sharing this month-to-month storage space where we would just make a lot of music. I started writing that song alone on an electric guitar, and then I brought it to them. We wrote that sort of switch up outro part together, and then we recorded it in the storage space. It came together pretty fast. It really was one of those songs that sort of just fell out of me.

Was it inspired by the pandemic?

Definitely. It’s a lot about being stuck during the pandemic, and being faced with my life. Also knowing that I need to change things in my life. Feeling like I need to leave Virginia, but also just being kind of in denial about what I need to change. That's what the EP is about in general. A lot of the songs are about denial, and change, the fear of leaving home, and stuff like that.

Do you still feel that fear?

Yeah, definitely. But I'm gonna leave Virginia. I feel like this EP was a sort of… goodbye Virginia project.

Where will you go?

I want to try sublets in a few different cities. So I'm thinking about doing a couple months in LA, maybe New York, maybe Nashville. I just kind of want to hop around and see what I like.

END_OF_DOCUMENT_TOKEN_TO_BE_REPLACED Jun. 23 from FREAKS ONLY Kelenkye Band, a mid-70s Ghanaian-afro-funk group gets us moving and grooving on this Thursday with “Jungle Music”.