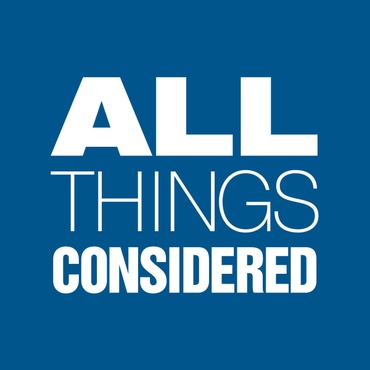 With 'Slave Play,' A Young Playwright Provokes His Way To Broadway 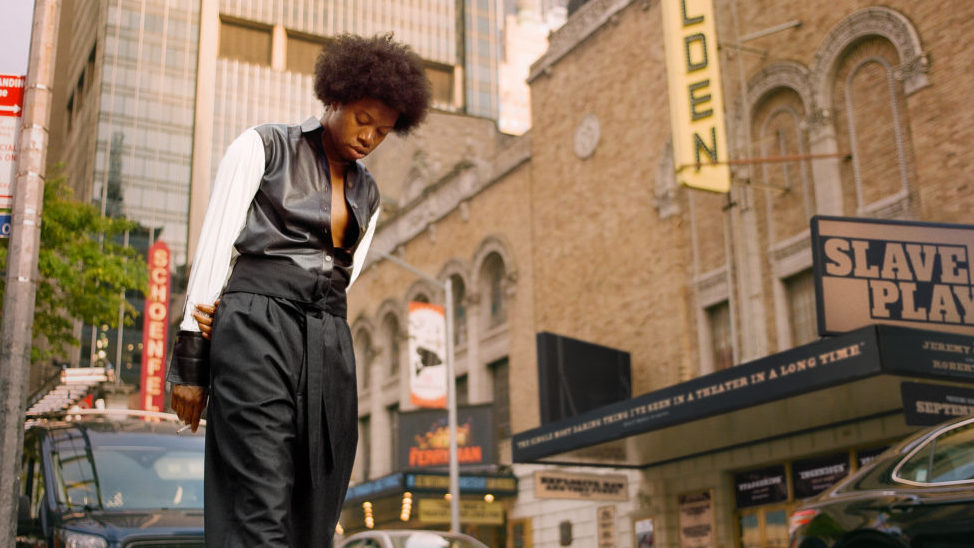 The playwright Jeremy O. Harris, 30, began writing Slave Play at Yale School of Drama. It is set to open in October on Broadway. Photo by Quil Lemons - Courtesy of 'Slave Play'

Even in Times Square — crammed with tourists from around the world dodging people in superhero costumes — the playwright Jeremy O. Harris stands out.

He approaches the Golden Theatre on 45th Street, where the marquee reads "the single most daring thing I've seen in the theater in a long time" — a quotation from Wesley Morris of The New York Times -- and has his name on it, in big, all-caps letters.

The theater has been decorated for the controversial, explicit and funny work that sent Jeremy O. Harris on a rocket trajectory to Broadway: Slave Play.

The show explores the legacy of slavery in interracial sexual dynamics. It is visceral and graphic, and breaks pretty much every taboo around race and sex. It begins on a plantation, with a master-slave sexual scenario.

And it is officially opening Oct. 6, literally one block away from The Phantom of the Opera and Frozen. Unlike those shows, the only tune people are likely to walk away humming here is a Rihanna song.

At a recent rehearsal, Harris starts bouncing around in the theater as the music plays. The set is a two-story wall of mirrors, reflecting our faces back at us. At the top of those mirrors is displayed a lyric from that Rihanna song, "Work."

Harris, who just turned 30, is the youngest black male playwright ever to have a play he's written on Broadway. And this opening is coming less than a year after the play ran off-Broadway — a pace almost unheard-of in the theater world.

Backstage, in the green room, he first sees the Playbill — the program — for his show.

"This all feels really wild," he says.

Harris opens it up to one of the first pages. His friend Morgan Parker, a poet, has written a foreword titled "A Note on Your Discomfort." Harris reads the first lines: "This might hurt. This could prod open regrets and secrets, and what you find could be shock. But there's nothing in Slave Play that you don't already know."

Harris is bracing himself for how people might express that discomfort, hurt and shock. When Slave Play was produced off-Broadway last year, protesters started a campaign with the hashtag #ShutDownSlavePlay.

"There's so much potential controversy around whatever's happening, especially in the digital sphere, and not the New York Times sphere of it all," he says. "It means a lot when people co-sign the play."

In other words, his concern isn't about theater critics. It's about the people he's trying to reach.

"What I've told everyone at every meeting we've had — and it's really difficult to keep this ball in the air, because I think that this space just genuinely isn't made for it — but if the play isn't a hit with black people and young people, then the play's not a hit," Harris says.

We ran into one of those young black people at the box office in front of the theater. Tyler Grigsby was on his way to pick up a ticket to the first Broadway preview.

When someone tells you something enough, it can start to be real. Something that people told me a lot is that this play doesn't make sense on Broadway. Jeremy O. Harris

"I think anything that explores the spectrum of blackness is important, because it's not a monolith," Grigsby says. "And I think any of our narratives need to be seen on this stage."

This is, of course, a rather risky narrative.

"There's a lot of safe stuff on Broadway, but that bores me," Grigsby says. "So, I want to be excited. [Harris is] my contemporary. I want to support people that are writing stuff that excites me."

"I feel like I paid you to come and say this," Harris says, laughing.

After the first preview show — after three acts without an intermission, laughs, gasps, tears, and a standing ovation — it's time for the after-party.

Actors and producers mingle with models and writers. Unlike a lot of Broadway plays today, this cast of eight does not include a single big star. Some of the cast members have been working on the project since its first reading at the Yale Drama School — like Irene Sofia Lucio, who plays Patricia.

"I think that we're all into safe spaces right now," Lucio says. "But we might need more brave spaces, where people speak their truth and we start to lean in and listen to things that make us uncomfortable instead of walking away from each other.

"Safe spaces tend to really worry about when somebody is in discomfort, we need to nurture them and make them feel like they're safe and they're OK. And in a brave space, when you feel discomfort, you're supposed to sit with it and acknowledge that that's part of the process towards growth."

It's not only the theater world that's excited about Harris. He's a consultant on the HBO show Euphoria. And he's writing a film screenplay with the Oscar-winning producer Bruce Cohen, who's also at the after-party, and gives his own analysis of the impact.

"It's because of the time that we're in right now and what this play is about, is why it happened so fast," he says. "The play is exploring so many things that are on people's minds right now in this really complicated, difficult time. A lot of it's about race, but not just about race — about gender, about identity, about expression, about how people connect and interact or aren't allowed to."

The next morning, Harris sits in his hotel room. Before he can start an interview, he needs two things: coffee, and the song that he's woken up to every day for the last few weeks ("Due West," by Kelsey Lu).

The first Broadway performance of Slave Play in front of a paying audience is behind him, but he's not basking in his success: "Everyone was great. I have notes," he says. "You know, we gotta tinker."

For Harris — and the rest of the company — there still remained a fair bit of worry about the play's staying power.

"I mean, even last night, I was like: Well, I literally don't know if we're going to stay open for the rest of the week," he says. "I'll celebrate week one when it's over. ... Also, when someone tells you something enough, it can start to be real. Something that people told me a lot is that this play doesn't make sense on Broadway."

We'll soon find out whether Slave Play makes financial sense on Broadway. But in the first week of paid previews, the show played to a crowd that was 99% full, including plenty of celebrities — and a woman Harris describes as his "idol," the "patron saint of the play."

On Saturday, Rihanna came to see the show.