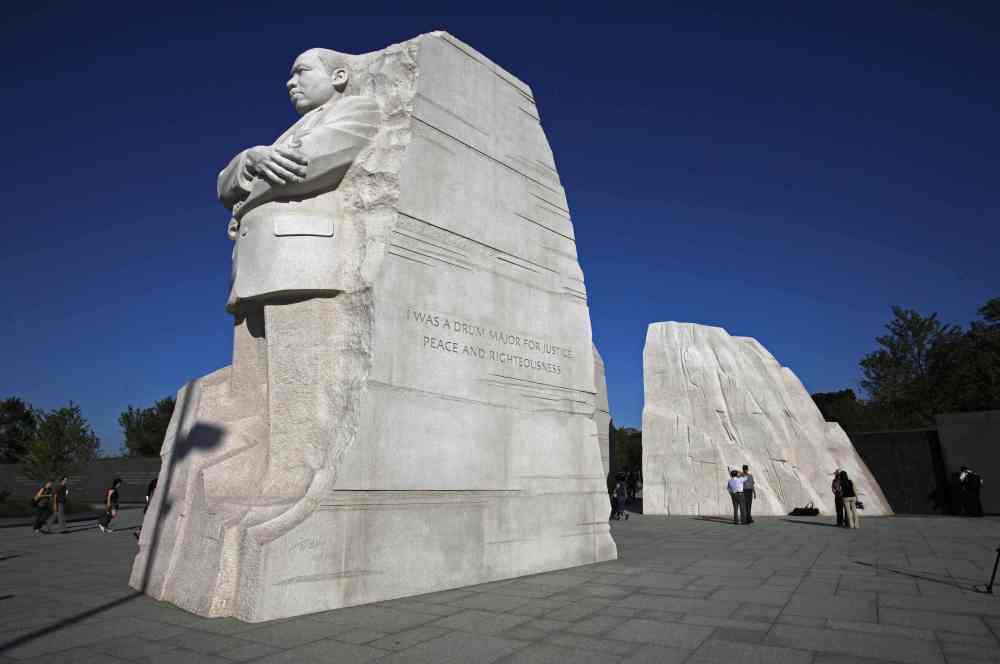 The new memorial for Martin Luther King on the National Mall in Washington includes a lot of quotes from the civil rights leader. But on the north side of the memorial, there is a paraphrased quote that's causing a stir.

"I was a drum major for justice, peace and righteousness," the inscription reads.

The poet and author and one of the memorial's consultants, Maya Angelou, told The Washington Post, yesterday, the quote makes King seem arrogant. Actually, she put it in harsher terms.

"He was anything but that," she added. "He was far too profound a man for that four-letter word to apply. He had no arrogance at all. He had a humility that comes from deep inside. The 'if' clause that is left out is salient. Leaving it out changes the meaning completely."

That inscription on the monument comes from a rousing sermon, Dr. King delivered at Ebenezer Baptist Church in 1968. Stanford University keeps a full version of the sermon at its site. But the key part comes at the end of the speech, when Dr. King imagines his own funeral and hopes that those who deliver the eulogy don't "talk too long," downplay his achievements and emphasize that he tried to do what was right. He said:

Today, All Things Considered's Melissa Block spoke to memorial's executive architect, Ed Jackson Jr., who explained the quote was paraphrased because of design constraints. At first, he said, the quote was going to be placed on the south face of the monument, but instead the designers decided that they wanted visitors to see the quotation ("Out of a mountain of despair, a stone of hope...") that explained the whole concept first. So they decided to move the quotation to the north side, where the sculptor had already done some work adding striations that left little room for a lengthy engraving.

That's the technical explanation. But Jackson also said he disagreed with Angelou. He said the quote did not make King sound arrogant and said the memorial includes 14 other quotations and that the full experience cannot be determined by one small part of it.

"What we hope is that what we have created ... [has] more than one definition," said Jackson. "What we were hoping is that this memorial furthers the dialogue about what Dr. King was about."

That people are digging through old sermons and talking about Dr. King's words accomplishes that, he said.

Jackson also said he hears people say "Dr. King would not have" a lot.

"Dr. King," he said, "would not have wanted to have a monument to himself at all. But we're not building this for Dr. King. We're building this in honor of his legacy such that his legacy doesn't die with him.

"And so we're building this to inspire others to follow in his footsteps and in doing so you have to do it in such a compelling way that people are moved emotionally."

That paraphrased inscription gets the message across succinctly, said Jackson.

Much more of Melissa's conversation with Ed Jackson Jr. is on tonight's edition of All Things Considered. Tune in to your local NPR member station. We'll post the as-aired version of the interview here later today.