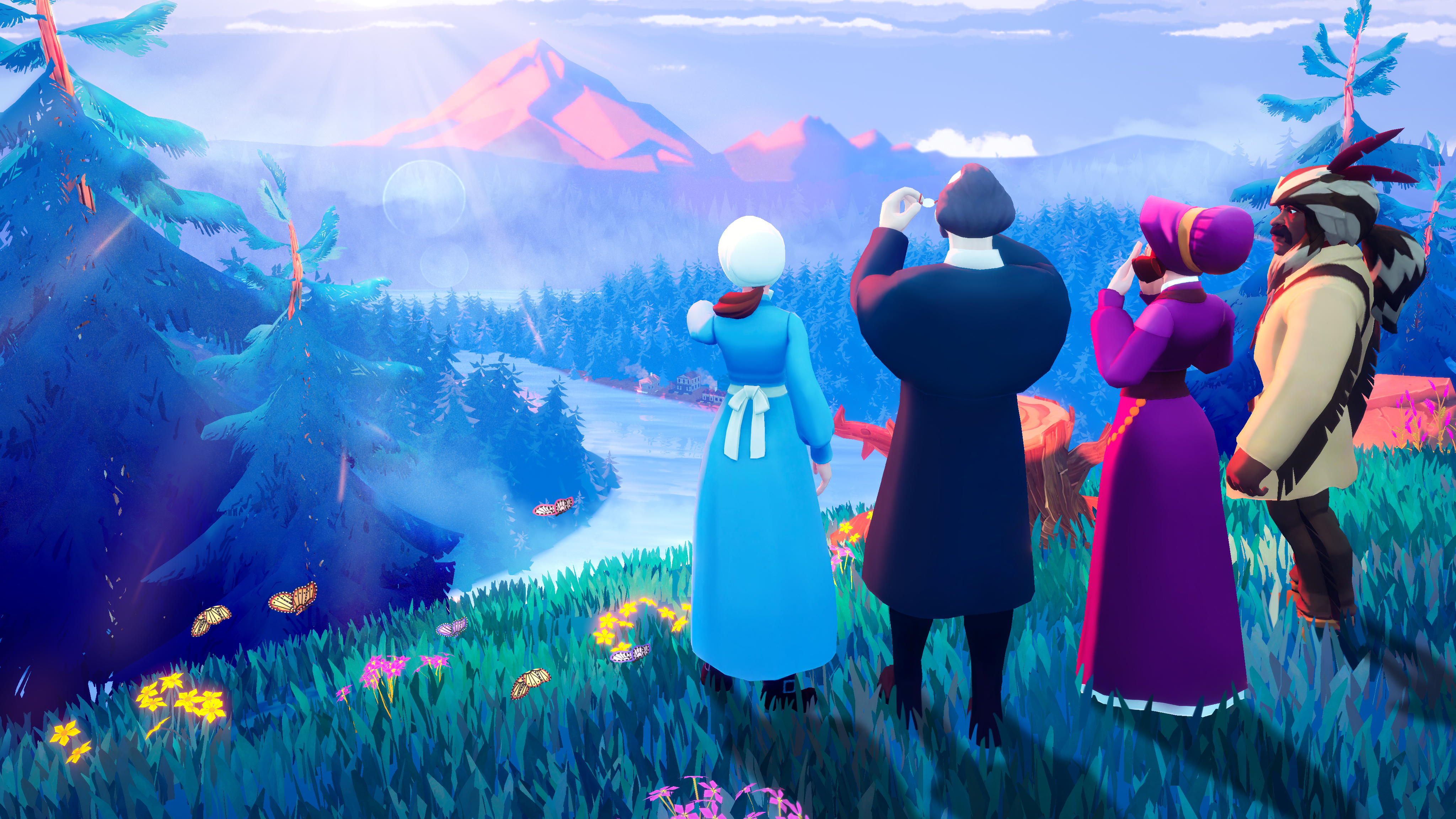 Jazz Halfmoon, 38, remembers playing the educational video game Oregon Trail as a reward for doing well in class. "It was on a super-old computer," she says. "The green screen was like the only color."

She says it was really exciting, and the kids would often clamor and fight over who could play the game at their school on the Confederated Tribes of the Umatilla Indian Reservation, in northeast Oregon.

A generation of kids like Halfmoon grew up playing settlers heading west on the Oregon Trail. They remember it mostly for the moment — wait for it — their party died of dysentery. Now, a new spin on the wagon train game focuses on more accurately representing Native Americans and includes new storylines and playable Native American characters.

The company Gameloft tackled the redesign of Oregon Trail for Apple Arcade just in time for the increase in worldwide play because of the coronavirus pandemic. The game came out in April. Its target audience: the now-40-year-old original fans and their kids. And more Native American players.

So he brought in three Indigenous historians. They listened to early test music for the game and said, back off the drums and flutes! And don't use broken stilted English.

Trudgen got it. "It's like a trope to make Native American people seem primitive somehow," he says, "when actually there were a lot of bilingual or polylingual Native Americans at that time."

The team of historians came up with more appropriate names for game characters and advocated for new roles for Native Americans, not just roles as guides or trappers.

University of Nebraska historian Margaret Huettl has Lac Courte Oreilles tribal ancestors. She researched old photos and drawings for accurate depictions of different tribes' clothing and style. "Initially, all of the Native people [in the revamped game] had braids," Huettl says. "And I think we suggested, maybe they don't all have to have braids."

One major teaching moment for Trudgen was about bows and arrows. He definitely wanted them.

"There are a lot of popular games out there, Tomb Raider and Last of Us, and like these big games — where bow and arrows are sick," Trudgen says.

But historian Huettl explained that if you were a Native American trapper at the time of the Oregon Trail, you were more likely to have a rifle, so bows and arrows are an outdated stereotype.

"That wasn't our intention at all, obviously," Trudgen says. "We were just coming to it sort of as a naive 'bow and arrows are cool' angle."

Initially, all of the Native people ... had braids. And I think we suggested, maybe they don't all have to have braids. Historian Margaret Huettl

David Lewis teaches anthropology and ethnic studies at Oregon State University, and he's a member of the Confederated Tribes of Grand Ronde — territories where many settlers ended up.

"They [tribes] were excited initially for all the new products — the guns, the metals and fabrics and things like that," Lewis says.

But, he says, the real Oregon Trail wasn't a positive story for Native Americans. The settlers kept coming, and the government forced tribes into bad deals — treaties that gave away their best land and forced their people onto reservations where many died.

"That settlement of Oregon then was initially just a theft of land," he says. "By and large, the experience of Native people was one of continual loss for the first 70 or 80 years."

Indigenous people didn't become U.S. citizens until 1924. Lewis says they had no rights.

It's hard to encapsulate all of that into a video game. But historian Huettl says the designers were serious about getting it right. The prairies she knows well are beautiful in the game.

"[And] there's no bow and arrow," Huettl says. "That's not in the game. They listened to what we were saying."

The flutes are mostly gone too. But they did leave one old moment in the new version — players can still die of dysentery.