Craig Higgins has lived and worked in big cities all over the world: New York, Seattle, London, Paris. But he most recently bought his dream home in the middle of Southern California’s high desert.

“Every property I looked at sold within two days above asking price, so I knew something was going on here,” Higgings said.

“Here” is Wonder Valley about a two and a half hour drive from Los Angeles. Population? About 700.

Eventually, Higgins said, he got lucky and bought a small house directly from its owner in an all-cash deal of just under $50,000. That’s a far cry from LA County’s sizzling real estate market, where the median home price is more than $700,000, according to the financial services company CoreLogic. 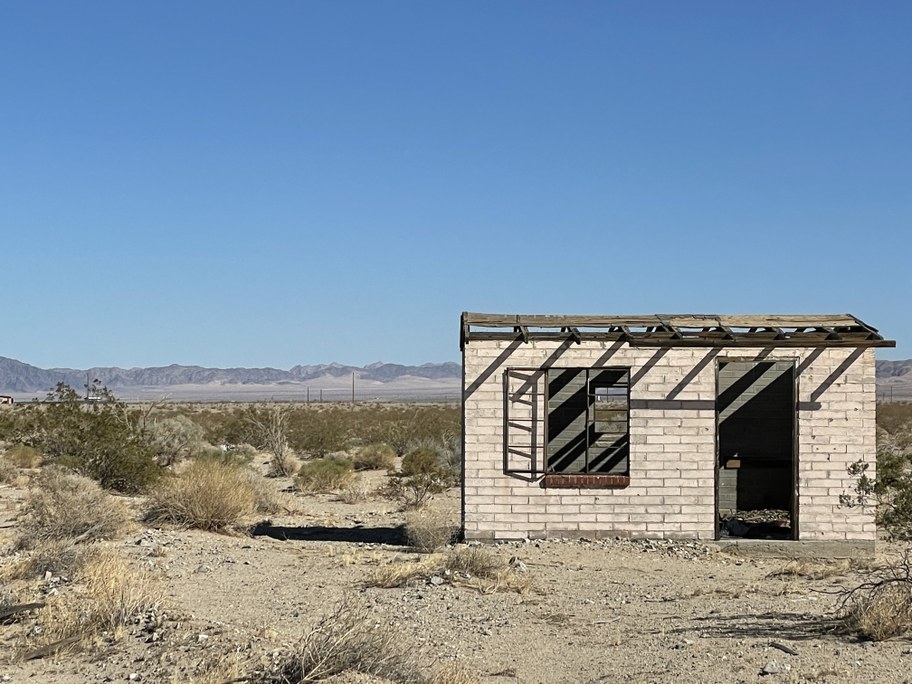 With a price point that’s low compared to the rest of Southern California, a lot of buyers are offering all cash, said Rob Grace, a real estate agent who specializes in desert living. “People [are] willing to forgo appraisals, and go way over asking price."

Wonder Valley sits in the zip code 92277, where property values have jumped close to 20% in the last year, according to an estimate by Zillow. The typical home price is now close to $180,000. 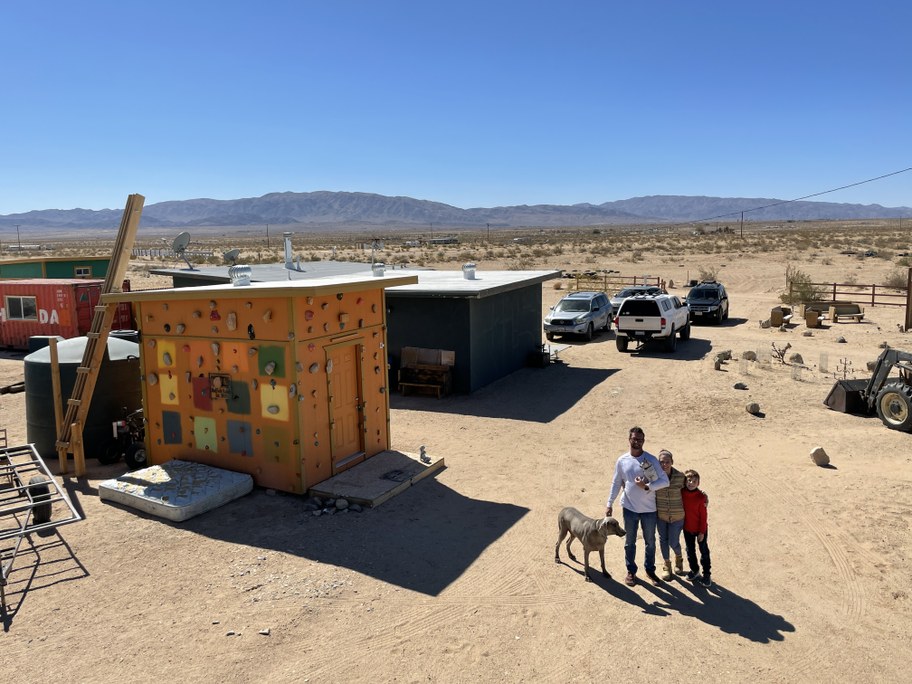 A view of Jess Madison’s 700 square foot house, flanked by several shipping containers and a DIY cabin (right) for the two kids. Photo by Benjamin Gottlieb.

This red hot market isn't just good for agents, but also for homeowners who’ve recently moved out to the high desert like Jess Madison.

“I bought my place [in Wonder Valley] as an Airbnb, and that was in 2019, luckily, because it would be twice as expensive right now,” Madison said.

Wonder Valley is arid and sparsely populated, so it helps that Madison is able to work from home as a writer. 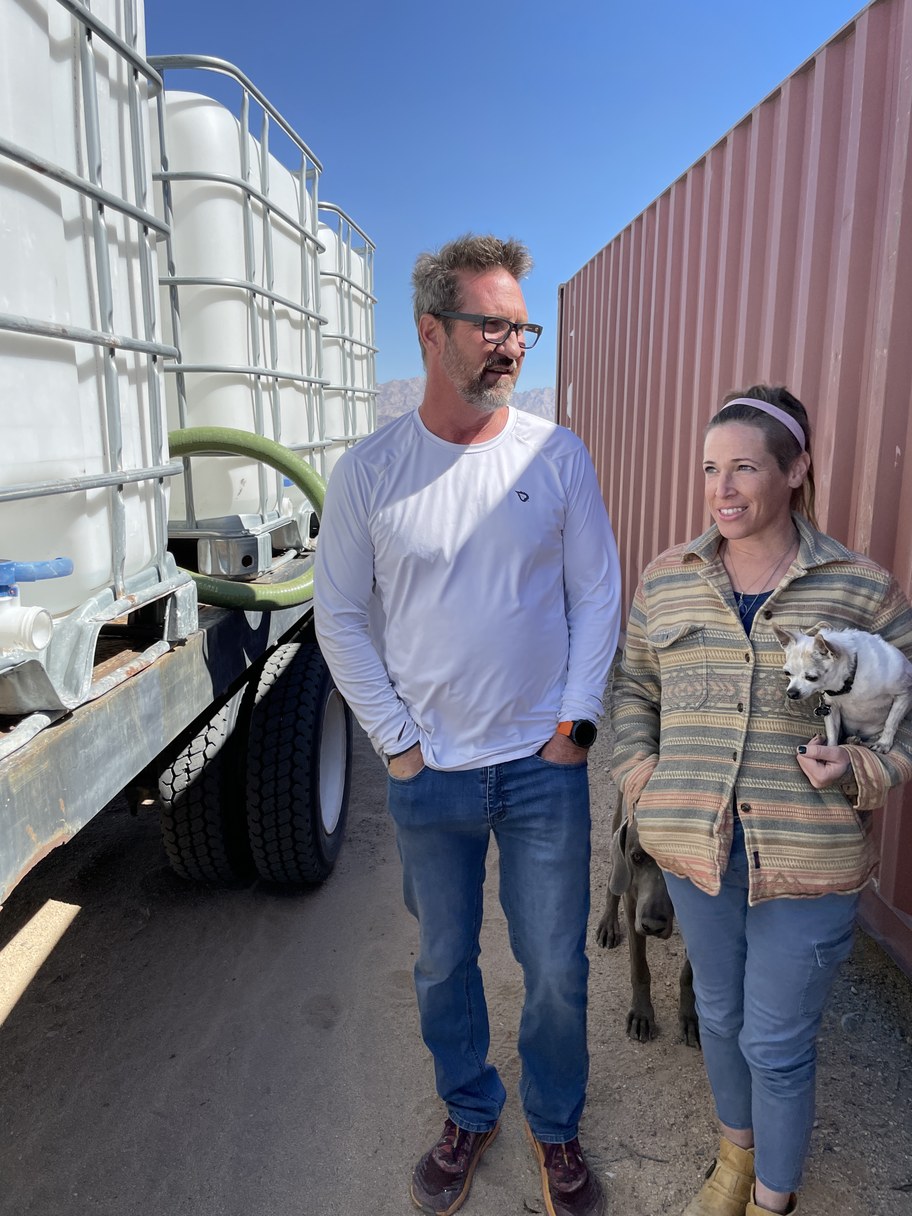 Jess Madison (right) and her husband Ed show off a used water tanker truck they purchased recently to haul water out to their home in Wonder Valley, California. Photo by Benjamin Gottlieb.

“I think that’s one of the reasons people are moving out here so much more, is that since the pandemic happened, everyone has been remote working,” she said.

But there are people who’ve lived here for decades, like Laronda Jordan, who're starting to have questions about what all this change might mean for them. Property records show she bought her house on five acres in 2003 for $84,000. Her house needs repairs.

“Most of my roof has blown off … so it's kind of a toss up between the roof, the water and the electric,” said Jordan, who lives with her daughter and two great-grandchildren.

This property — like most others in Wonder Valley — began as a homestead, land the federal government gave away, especially in the 1950s, as long as people built something on the property. Jordan’s property is now worth close to $250,000, according to an estimate by the real estate firm Redfin.

But Jordan said that increase in value hasn’t helped her family. She doesn’t plan to sell, and while she could refinance, she said she couldn’t make the payments. At 70 years old, her only income is her widow’s Social Security, which is about $1300 a month.

“It’s tight. That’s why there’s not much of a roof on the house,” she said. 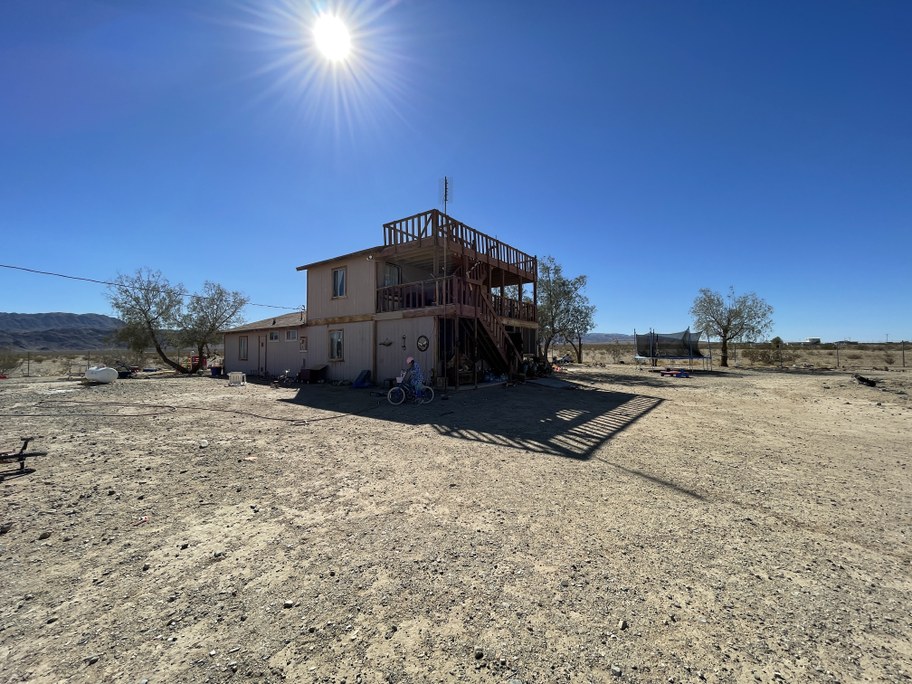 The Jordan family home in Wonder Valley, California, which lost most of its roof in a recent windstorm. Photo by Benjamin Gottlieb.

Another big problem: water. There’s no municipal system in this part of the desert. Jordan gets water from a well, but the groundwater supply is limited, and she’s worried about how much longer her well will last.

“We have so many people moving out here from the cities that are putting in wells on their property. And every time they drill a well, the water table drops,” she said.

Jordan said she gets why someone would want to live out here. There’s a freedom in the desert you just can’t replicate in a city.

But with all the change, she and other longtime Wonder Valley residents  are not sure if their way of life can last much longer. 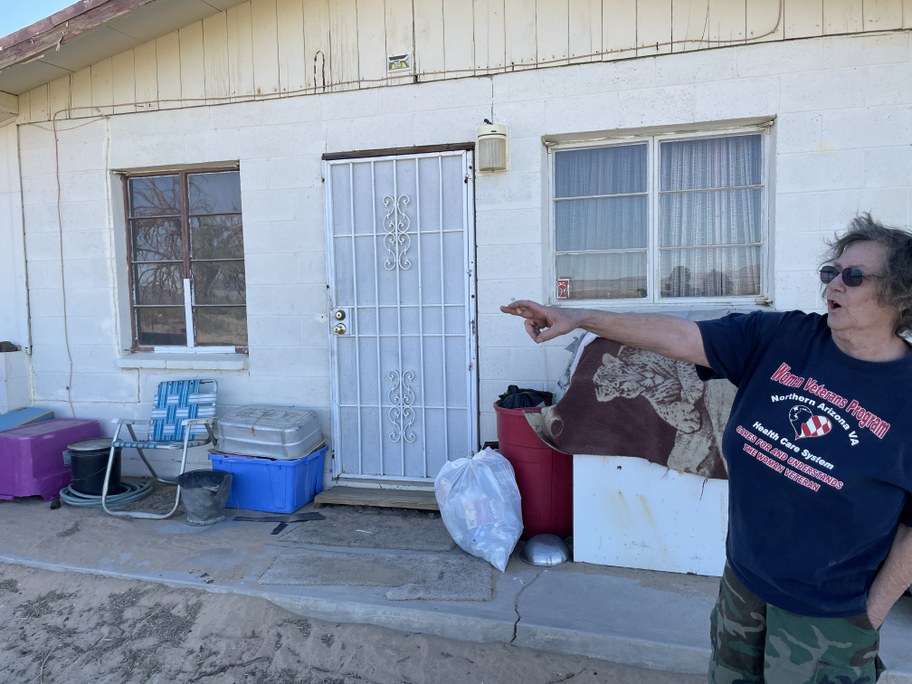 Holly Buskirk points toward the highway that runs right next to her home in Wonder Valley, California. “You used to never see cars on this road. Now they’re everywhere,” she says. Photo by Benjamin Gottlieb.

“In the summer, I sit out[side my house] and I watch people drive by and stop and all of a sudden start taking pictures,” said Holly Buskirk, a Marine Corps veteran who’s lived in Wonder Valley since the 1980s.

Burskirk owns her home outright too, just like Jordan, but she is about $5,000 behind on property taxes and has no way to pay them.

“People come out with new ideas and things. I don't know I'm just trying to save my own house right now,” she said.

Wonder Valley sits in the zip code 92277, where property values have jumped close to 20% in the last year, according to Zillow. The typical home price is now close to...

New target for thieves over past 2 years: Catalytic converters that clean up cars’ toxic emissions

If a car has an internal combustion engine, the catalytic converter is a piece of equipment that reduces its toxic emissions. It’s also a contraption that has lots of...

“DisneylandForward” will change how Disneyland’s Anaheim grounds are used. The Walt Disney company hopes to work with Anaheim city leaders and give an economic boost to the...