Across Los Angeles, there are many aging and underused motels and hotels, some dating back to the glory days of Route 66. A new state program called Project Homekey looks to buy these properties and convert them fast into long-term housing for LA’s unhoused population. The thinking goes: Why build from scratch when the buildings are already there?

What is Project Homekey?

Shortly after the COVID pandemic started, the state of California launched a program called Project Roomkey to temporarily house people experiencing homelessness in vacant motels and hotels to help protect them from infection. That soon evolved into Project Homekey. Using $846 million in federal and state grant funds and some philanthropic money, local governments, cooperating with low-income housing developers, are buying motels, hotels and vacant apartment buildings, refurbishing them, and turning the properties into long-term housing for people living on the streets.

How big is Project Homekey?

Statewide, 94 Project Homekey properties have cleared escrow, with the goal of turning them into 6,000 units of housing with supportive services, like drug counseling and anger management programs. About a third of those projects are in the LA area. California Governor Gavin Newsom would like to see the program expanded. He’s proposed spending $7 billion more on property acquisition, making Homekey a centerpiece in the fight against homelessness.

What are Project Homekey’s advantages?

Homeless housing developers say Project Homekey saves time and money in creating homeless housing. Building low-income housing from scratch in a city like Los Angeles can cost over half a million dollars a unit and take years to finish because of exorbitant property costs, material and labor expenditures, and the hassle that comes with assembling financing deals.

Because Project Homekey properties already exist and generally just need some light renovation before people move in, the costs and completion timelines of homeless housing projects are slashed by well over 50%.

Governor Newsom says statewide, the average per unit cost of Homekey housing should come in at around $147,000.

What do unhoused people say?

Veronica Marmion has just moved into a Project Homekey site in LA’s West Adams District operated by the People Concern. She lives in a spartan room with her pet and says the change has been huge.

“When you are homeless, you become very humble,” says Marmion. “So now that I’m here, I appreciate everything that they do. The room has a bed … I can take a shower. The little things that people probably take for granted are a really big deal for us.”

At a Project Homekey site in El Sereno, Martha Fuentes, who’s 65 and was homeless for 10 years, you can see where she used to live from her window.

“My home used to be that car parked in the parking lot,” says Fuentes. “That's where I lived, prior to that in the streets. This is my castle, my home, my heaven. This room means the world to me.” 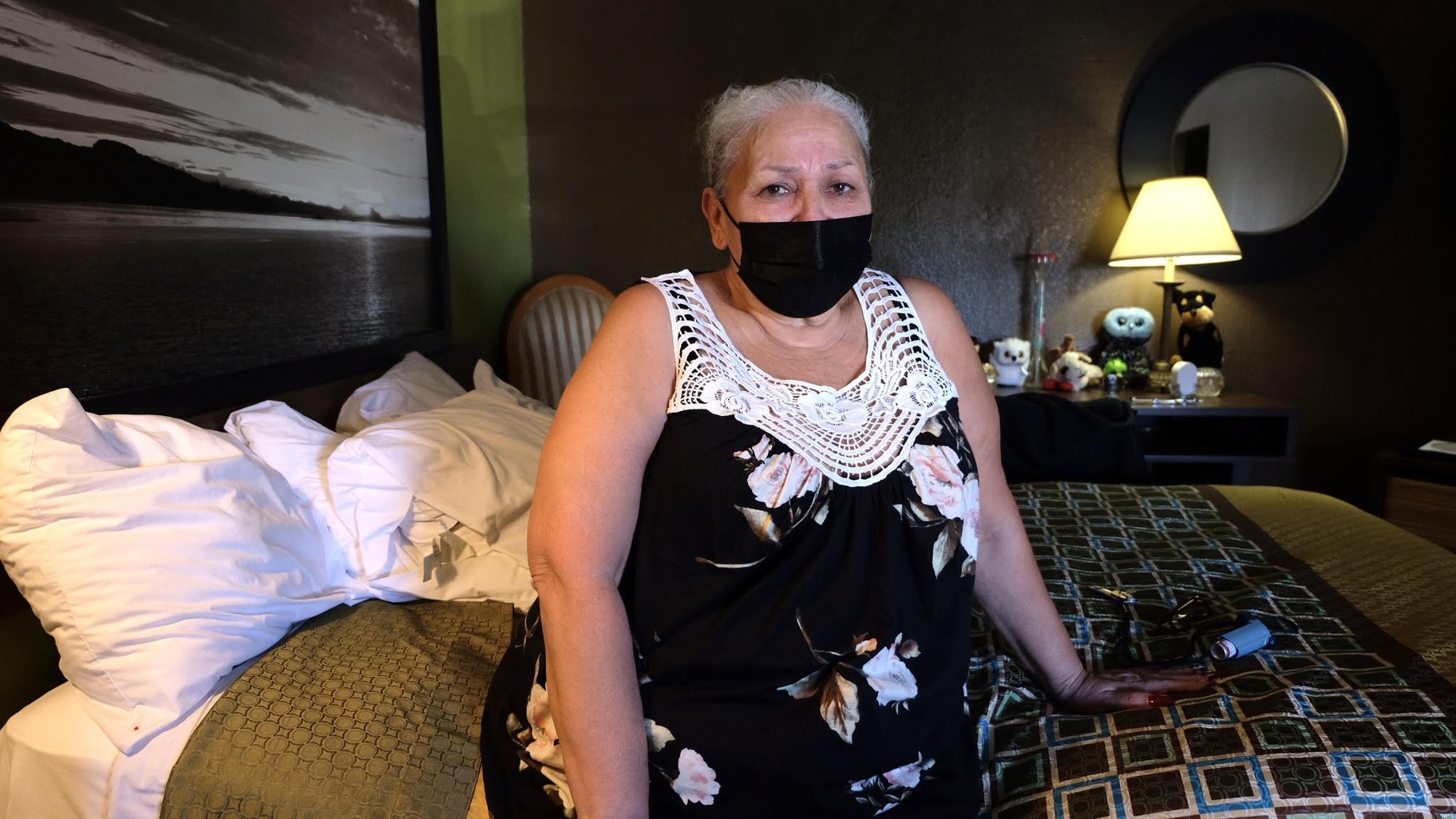 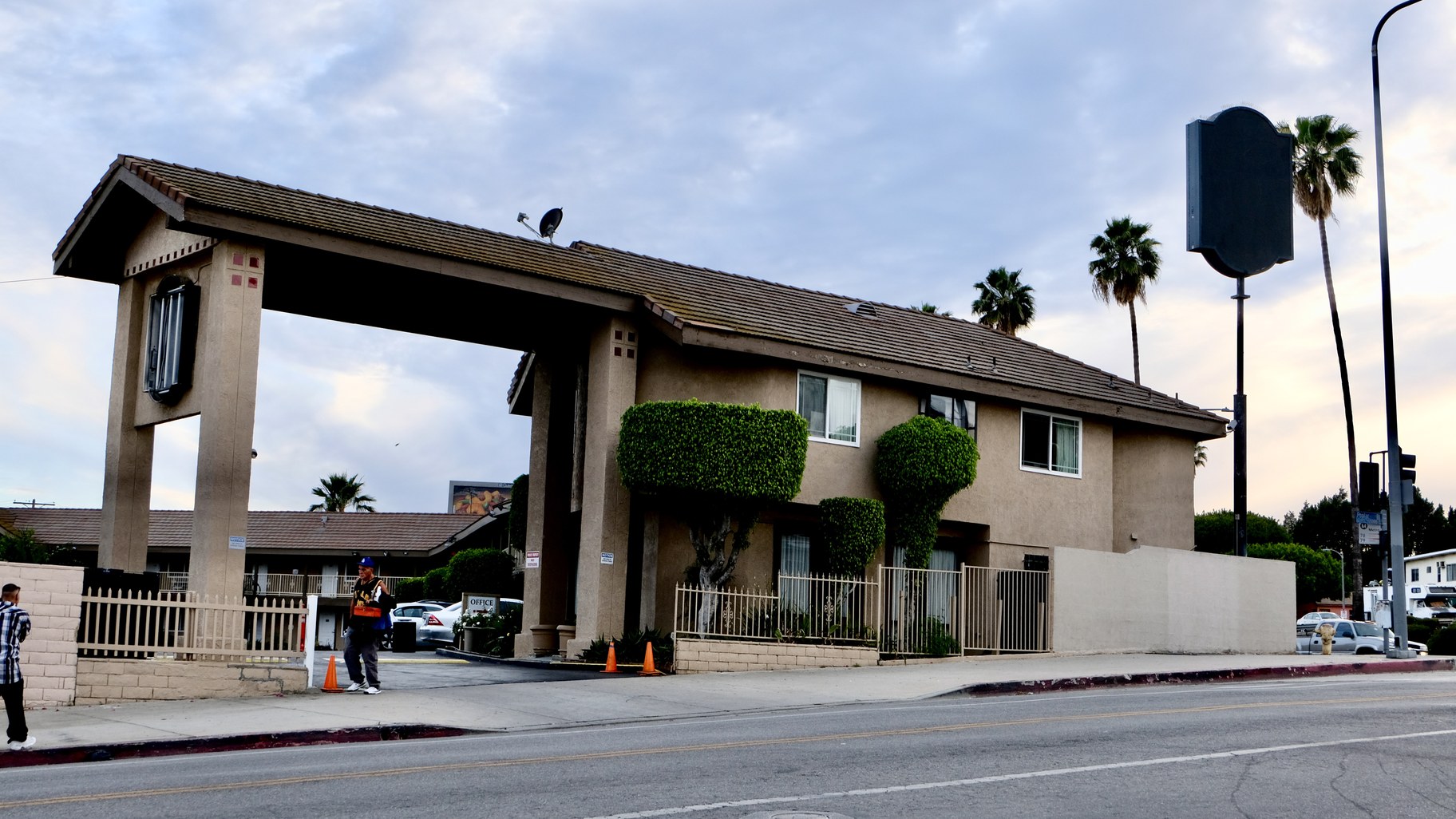 This Super 8 motel in El Sereno is part of Project Homekey. It’s where Martha Fuentes lives. Photo by Saul Gonzalez.

What could go wrong with Homekey?

Although excited about its potential, many homeless service providers say future funding has to be sustained for the supportive services that also need to be provided. If those aren’t maintained, people could end up back on the streets. There are also worries that when people eventually move out of Homekey properties, there will be other affordable housing options available to them.

Amid LA’s homeless crisis, could vacant motels be a permanent solution?

On June 15, California and LA County will be completely reopened, meaning no more capacity limits and social distancing guidelines. It’s great news for restaurants that are...

At CAAM, an exhibition on view is “Enunciated Life.” It looks at Black spiritualism — in particular, Black Pentecostalism — as a source of vitality, creativity, movement,...