Judy Baca’s mural “The Great Wall of Los Angeles” covers — and beautifies — a large swath of the Tujunga Wash, a 13-mile urban stream that flows into the LA River. The mural shows LA history, from the age of wooly mammoths to the 1960s. It includes depictions of what Baca calls “unknown histories” of Angelenos, such as the displacement of Latinos at Chavez Ravine to clear the way for Dodgers Stadium.

The mural was finished in 1983 — at 2700 feet long. Now it’ll be expanded into one mile, covering LA history from the 1960s to 2020. That’s thanks to a $5 million grant from the Andrew W. Mellon Foundation’s Monuments Project. 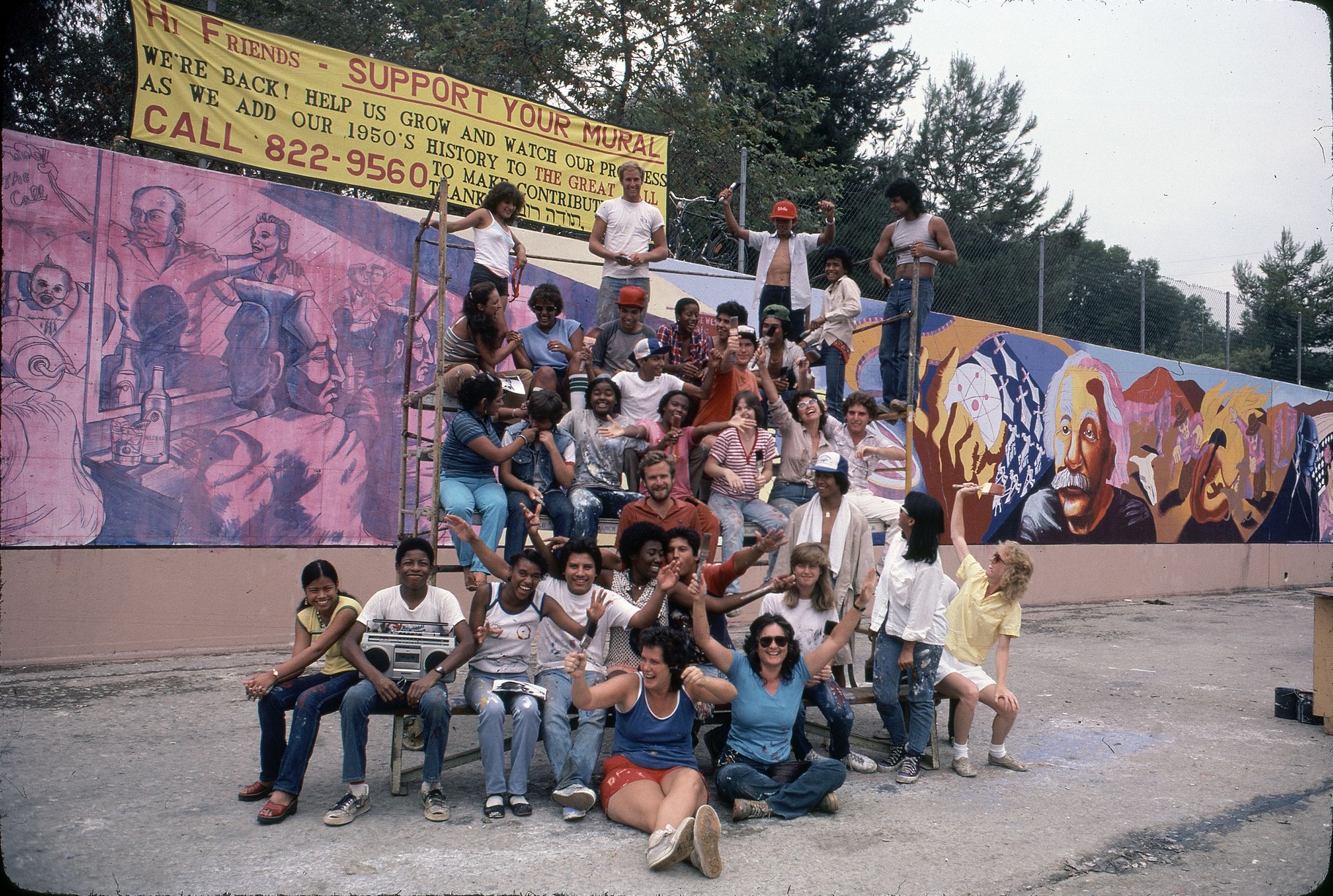 Judy Baca and her artistic team sit together in front of the wall in the 1970s. Photo courtesy of SPARC Archives.

“It is the only place, for example, that the Chinese massacre is recorded in Los Angeles, or that there is a memorial to the deportation of half a million Mexican people in the ‘30s, or that there is an acknowledgment of Mrs. Laws, who broke the Black covenant laws by refusing to be moved from her home in Watts in the early ‘50s. It's a giant educational project.”

The grant covers both the costs of the mural expansion, plus improvements to the surrounding area. There will be new lighting fixtures, a 90-foot bridge to make the channel a walkway, and QR code stations to make the mural feel like a guided tour.

You can learn more about the expansion project here.

Renderings of the new sections of the mural (photos courtesy of SPARC Archives): 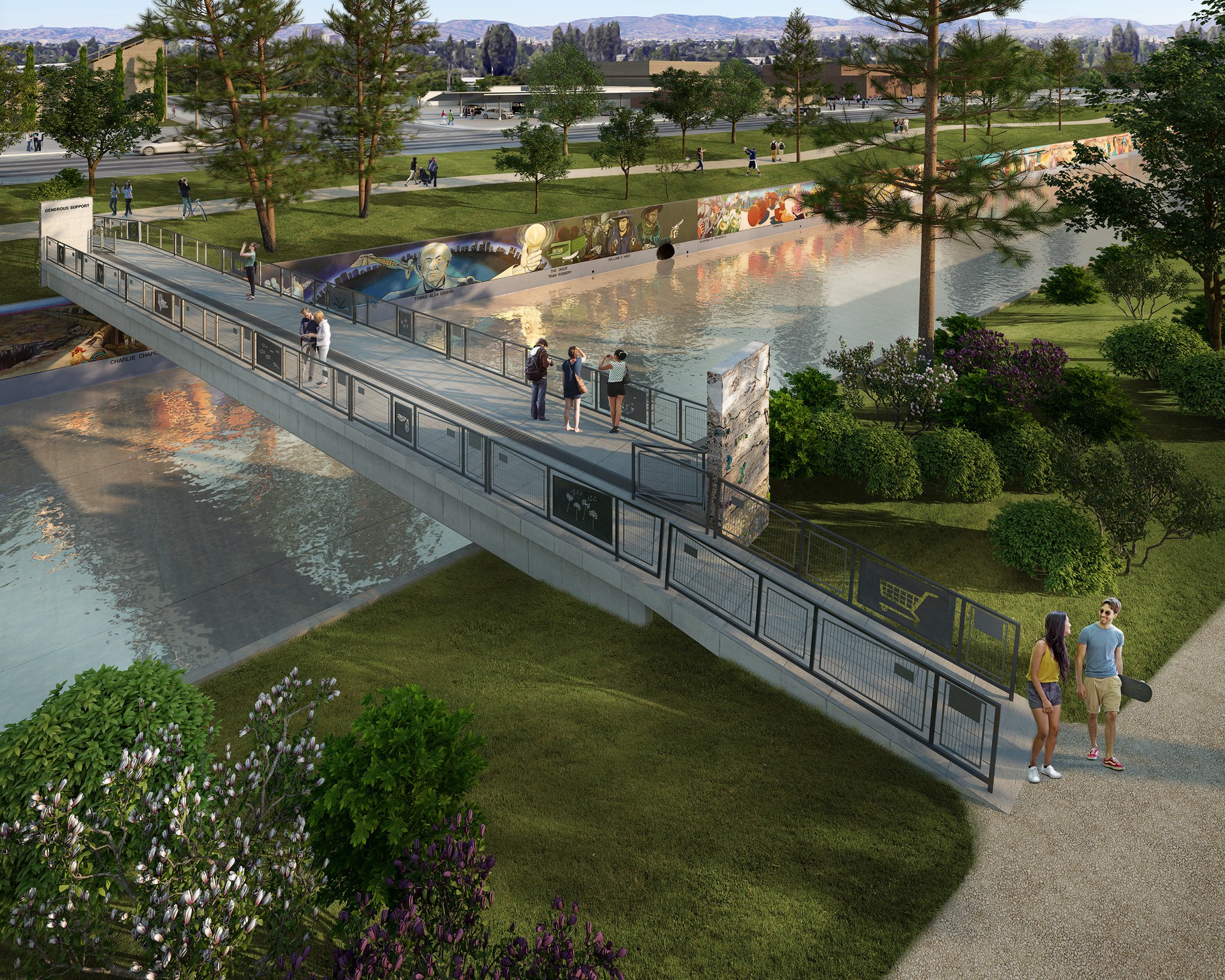 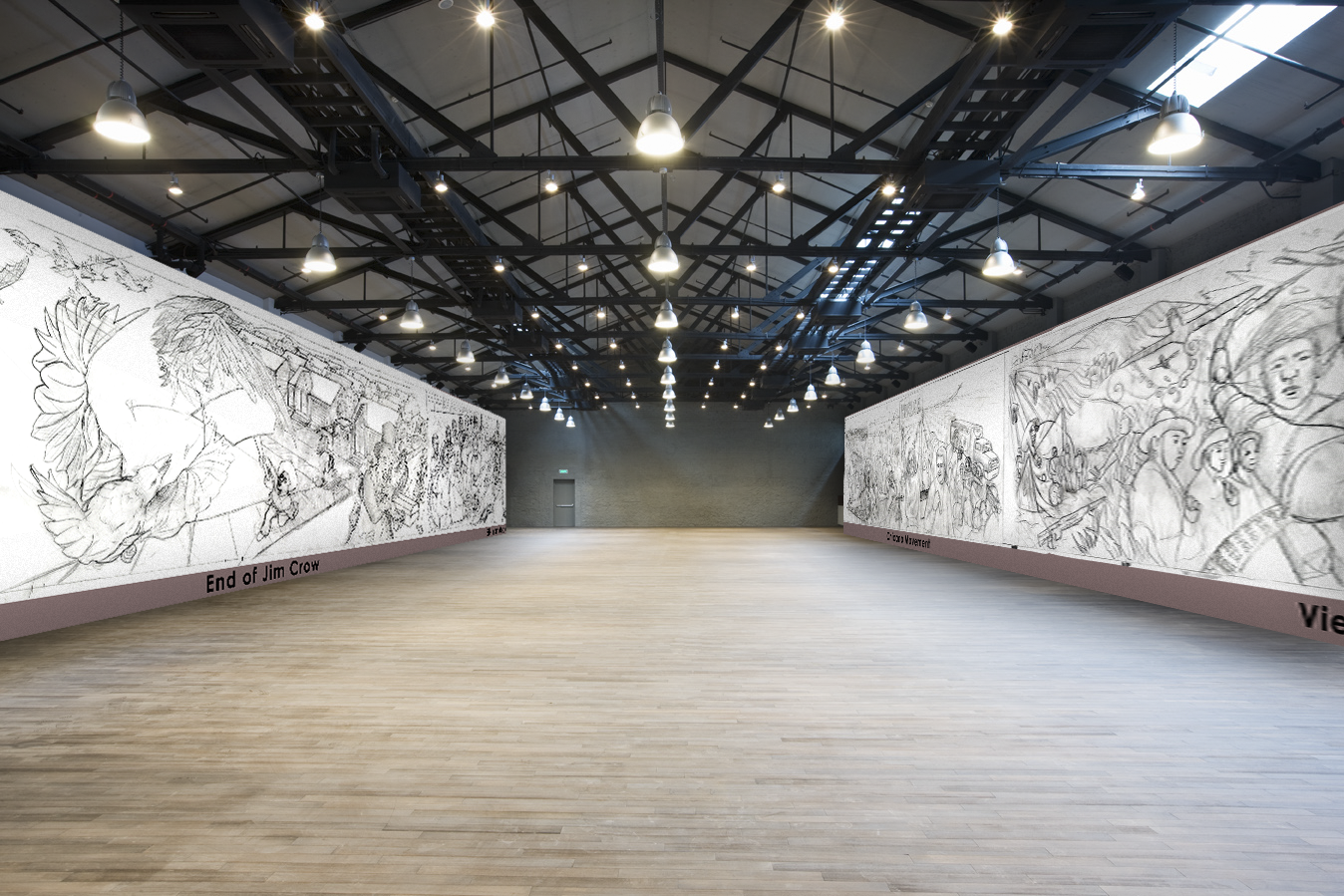 What the mural currently looks like (photos courtesy of SPARC Archives): 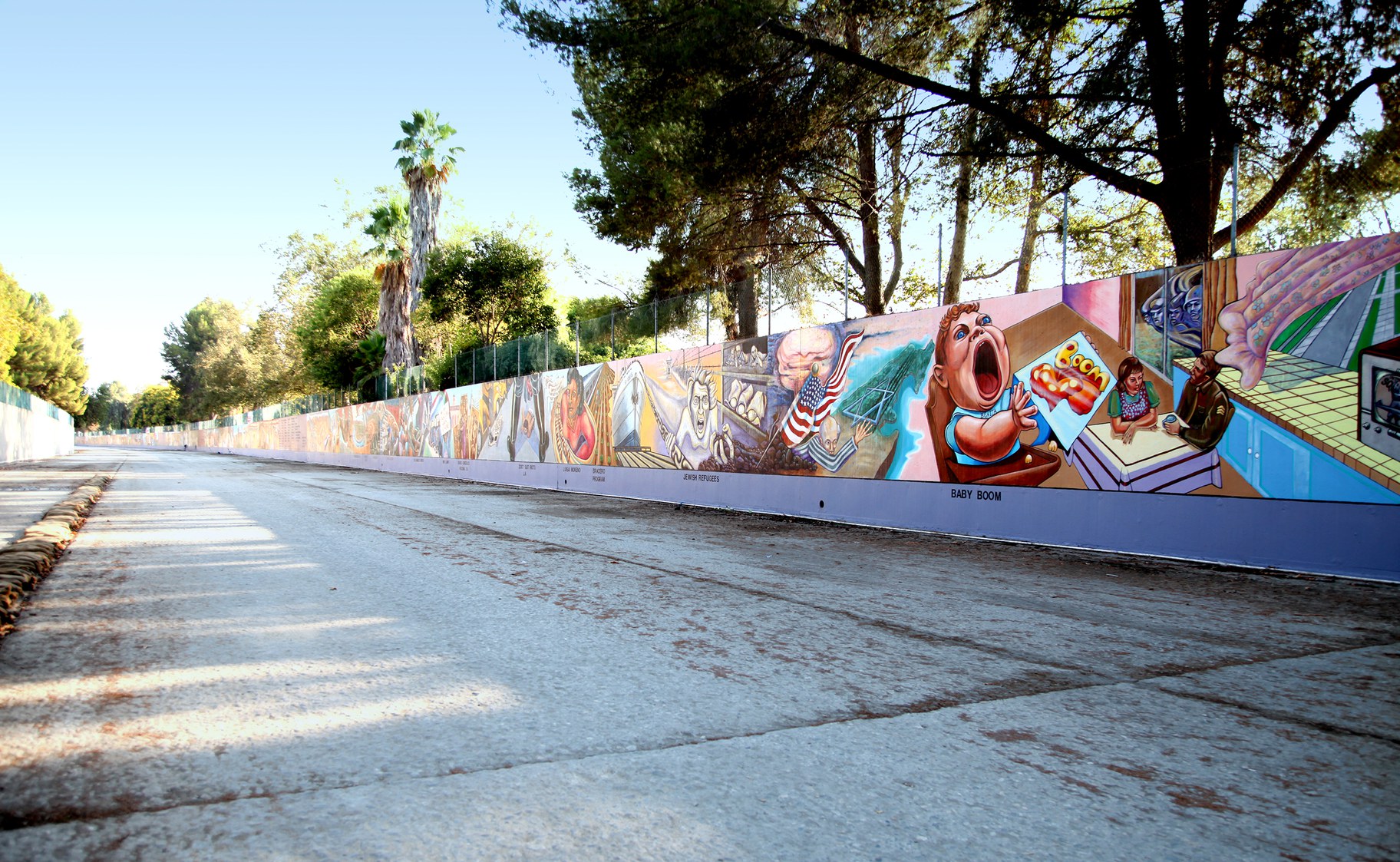 This 2390-foot segment of “The Great Wall of LA” includes the baby boom.

This section of “The Great Wall of LA” shows the Japanese internment at Manzanar.

Some OC supervisors are muzzling public health info on COVID

Some of the Orange County supervisors are going head-to-head about how officials should be delivering public updates on the COVID-19 pandemic.