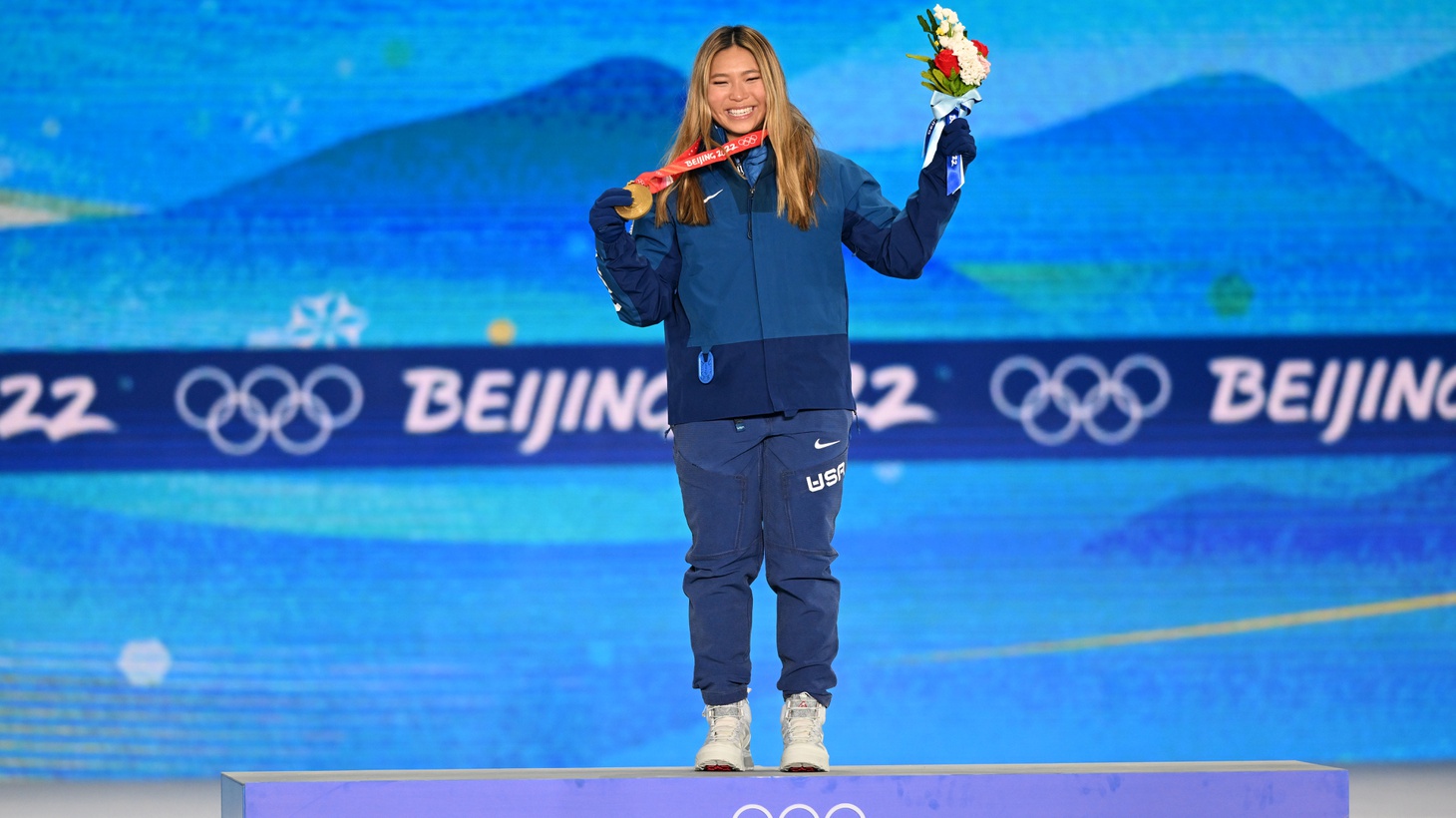 Torrance native Chloe Kim won gold for the half pipe event in snowboarding at the Beijing Winter Olympics. Photo by Hendrik Schmidt/dpa-Zentralbild via Reuters.

For drought-stricken California, snow is not easy to come by, but it’s  home for several Olympic athletes competing and succeeding at the Winter Games in Beijing.

Chloe Kim hails from Torrance and won gold in the women’s snowboard halfpipe on Wednesday. Figure skater Nathan Chen trains out of Irvine and won gold. Shaun White is from Carlsbad and is a five-time Olympian and three-time gold medalist, and can add another medal from Beijing to his trophy cabinet.

It might be surprising that athletes from sunny and warm California are thriving in winter sports,but KTLA 5 sports anchor David Pingalore says their success comes from their competitive drives.

“They're amazing athletes and they work towards their craft,” Pingalore says. “They get better. You wouldn't think a Winter Olympian athlete at that level would be from Southern California, right? Pretty impressive.”

Kim defended her women’s halfpipe title after winning the event in 2018 when she was only 17 years old. Meanwhile, Chen set a world record in figure skating on his way to winning gold.

White is making his final Olympic appearance competing in the men’s halfpipe, and expectations remain high for the veteran’s last run. Still, his influence on the sport is unavoidable, says Pingalore.

“He's taken that sport to where it is now, with the athletes that want to get involved because of him,” Pingalore explains. “It's no different than the Tiger Woods effect. There's so many great young golfers because they grew up watching Tiger Woods. … So he's done the same thing for that sport.”

Some athletes who grew up in the Golden State are representing China in the Winter Games. Freestyle skier Eileen Gu is originally from San Francisco and won gold in her event, and figure skater Zhu Yi was raised in LA.