Like more than a thousand other LA high schools, Roosevelt High School has a big, fancy prom at the end of the year.

This year, Roosevelt High held its prom at the Biltmore in downtown Los Angeles. The theme was The Great Gatsby. Some students had 1920’s era formal attire, others wore more modern suits and dresses. Andrea Galdamez’ gown was covered in gold sequin floral pattern. Stylish high heeled shoes peaked out occasionally from under her dress. Her boyfriend, Julio, wore a suit with a tie that matched her dress. 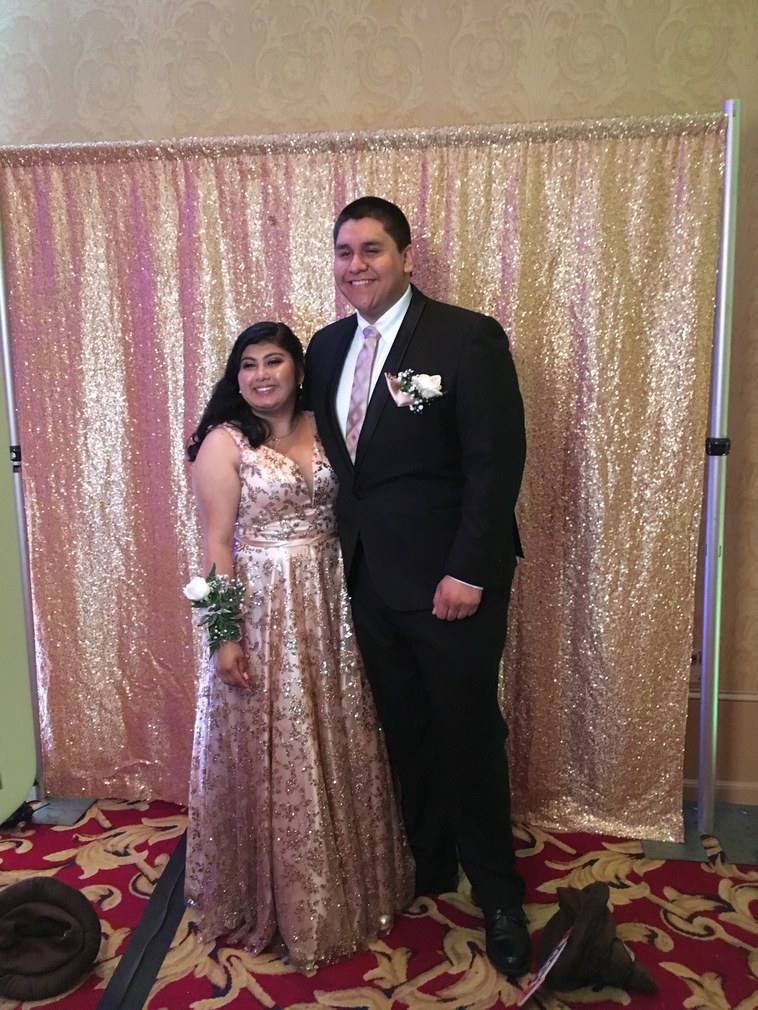 Andrea Galdamez is going to UC Irvine in the fall and her boyfriend, Julio, is going to Swarthmore University in Pennsylvania. “I mean, it's gonna be difficult because it's long distance but I mean, we’re still gonna try.” Photo by David Weinberg

They made their way through the hotel lobby and posed for pictures in the grand hallway, with its ornate painted ceilings and marble floors.

The students checked in at a table, then a security guard looked into the girls purses and made the boys empty their pockets and patted them down before they descended the stairs into a large ballroom.

The open bar offered Coke, Sprite and lemonade. The students found their places at numbered tables arranged around a big dance floor. Then, a 14-piece band took the stage and the party was officially on. And they danced. 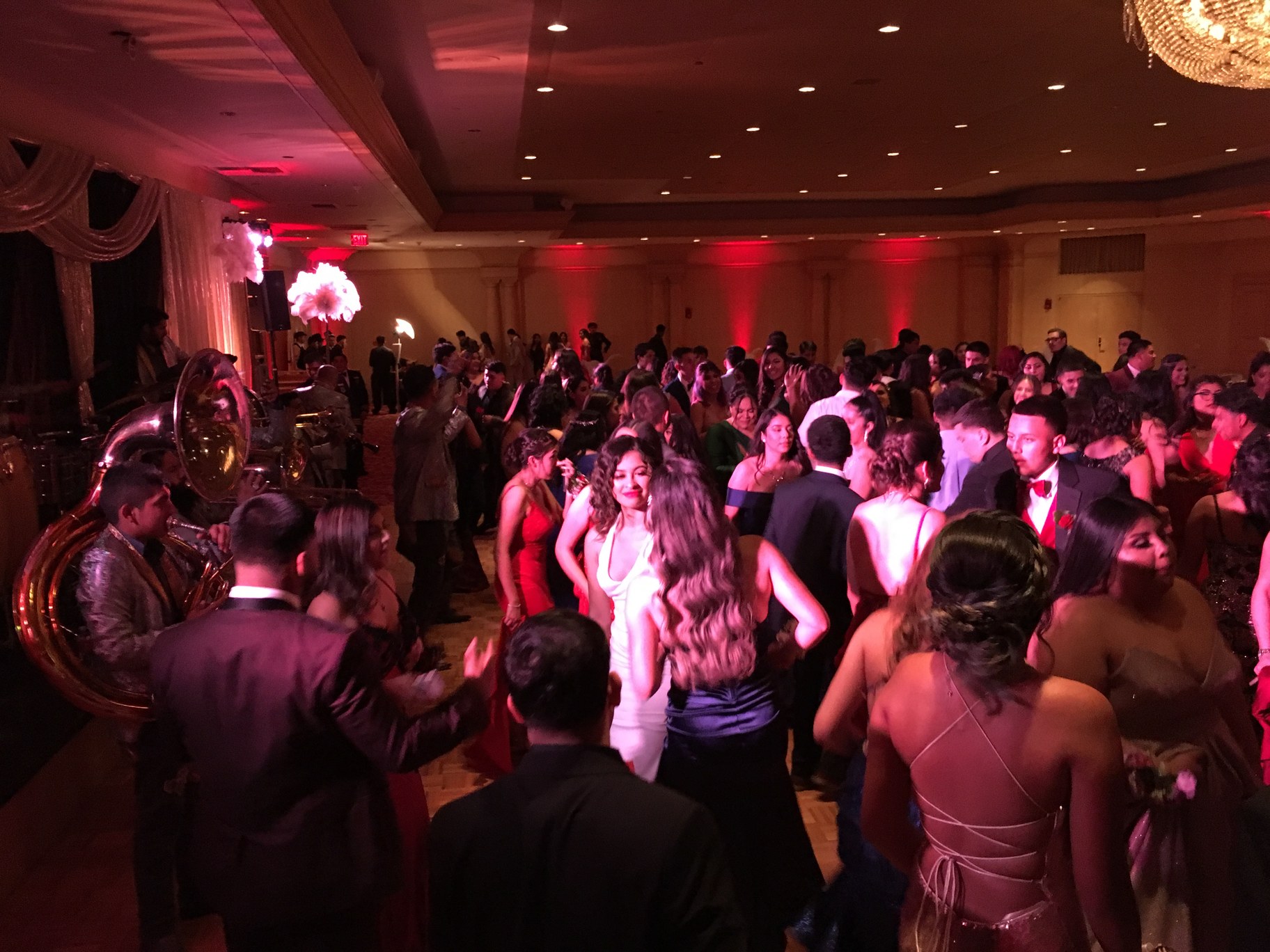 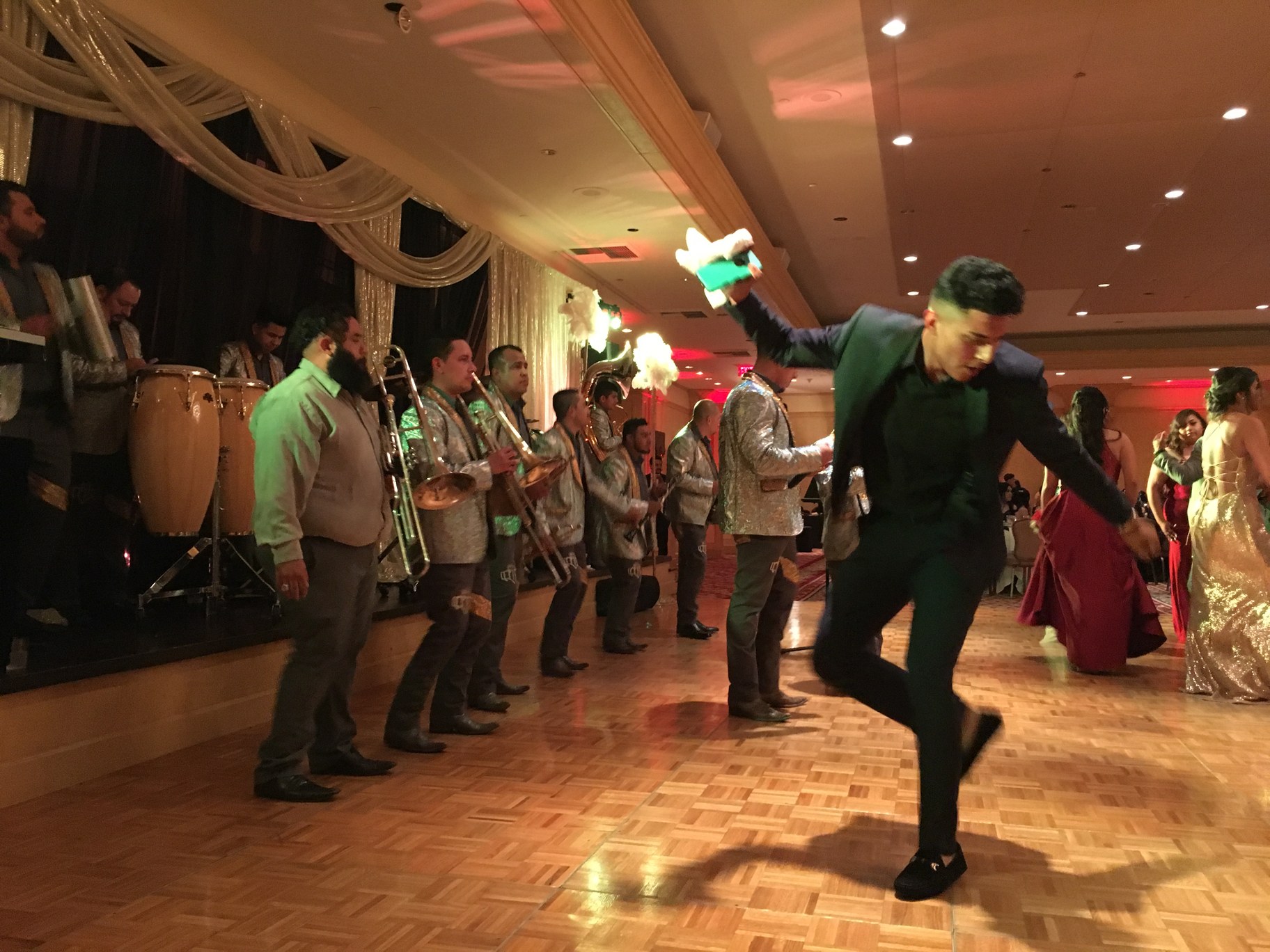 “That was prom,” said Galdamez after the last song played. “$400 for three hours of music! It’s bittersweet to end. You think prom is this big, huge thing, but everyone just dressed nicely, honestly.”

Promposals and a 14-piece band: welcome to a Boyle Heights prom

Like more than a thousand other LA high schools, Roosevelt High School has a big, fancy prom at the end of the year.

Are some South Bay cities pushing homeless people into LA?

LA released the numbers from its latest homeless count yesterday. It’s not pretty - there are almost 60,000 homeless people across the county. But some cities have been hit...

When Governor Jerry Brown pushed for high speed rail to connect LA and San Francisco, Tesla and SpaceX chief Elon Musk said he could create a cheaper and faster alternative:...