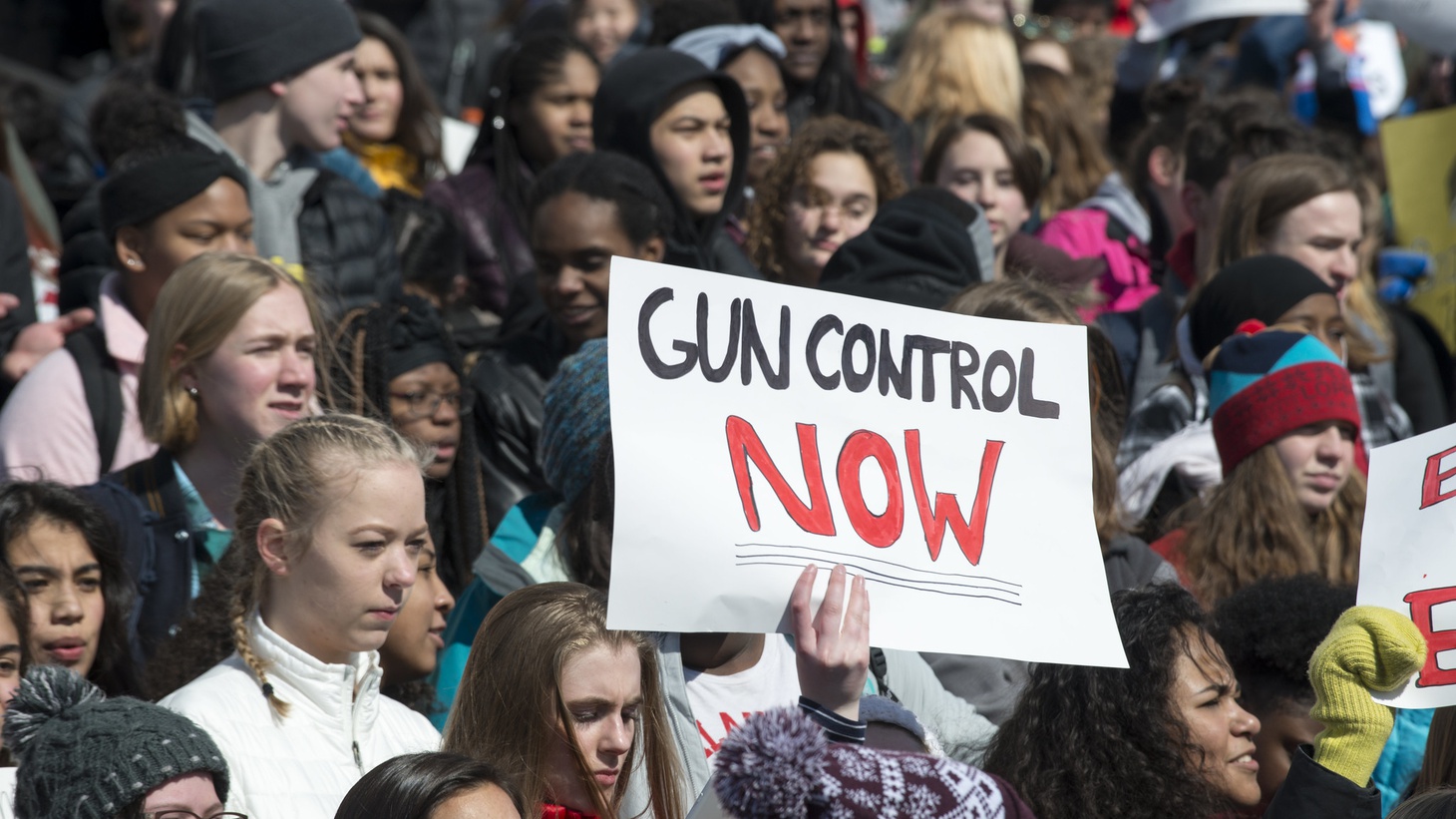 Around 4000 high school students walked out of school and marched to the Minnesota capitol to demand that legislators make changes to gun control laws, 2018. Photo by Fibonacci Blue (CC BY 2.0)

Even before last week's horrific school shooting in Uvalde, Texas, Democrats in the California legislature were pushing ahead with several bills that would impose tighter restrictions on guns and gun owners.

California already has some of the toughest gun laws in the U.S., but it’s still home to lots of guns. More than 4 million adults here own a firearm, and many have multiple weapons, according to Dr. Garen Wintermute, an emergency room physician and director of the Violence Prevention Research Program at UC Davis. All told, there are almost 20 million guns here, and those are just the legally registered firearms, he says.

California is right in line with a huge spike of firearm purchases in recent years, he points out. “Bigger by far than we have seen since records were first kept about 60 years ago. It began in January of 2020, as we saw a pandemic coming.”

Despite the outrage and calls for reform, Wintemute expects another bump in gun sales in the wake of the Uvalde shooting, for two reasons: “One is people are afraid for safety and they buy guns. The other is people are afraid that maybe gun policies will tighten up and they won't be able to buy some particular gun that they are interested in, so they buy it right away.”

Nevertheless, he says California’s gun control efforts have made a difference compared to other states.

“Our gun homicide rate is below the national average. Our gun suicide rate is one of the lowest in the country,” Wintemute says. “And we've done a great many things to make regulation of firearm ownership and use more in line with public health objectives.”