Volunteers for Zoomers to Boomers wear masks and gloves while shopping and delivery food. Photo courtesy of Daniel Goldberg.

When classes were canceled for Santa Barbara high schooler Daniel Goldberg on March 16 due to the coronavirus pandemic, he watched as his father, an ER doctor, continued to head to work.

“It just made me feel like there had to be something I could do to help,” he says.

So Goldberg started a website called Zoomers to Boomers. It’s a way for high schoolers (Generation Z) to help seniors (Baby Boomers) and those who are immunocompromised get the food they need while sheltering at home.

The service has spread from Santa Barbara to more than 10 cities nationwide, including Los Angeles, Denver, Honolulu, and Miami. Many of the chapters are partnering with local grocery stores, where staff do the shopping and bagging to limit contact and exposure.

“We've been able to empower and mobilize young people to feel like they have a role to play in this effort,” says Mira Kwon, who heads the LA Chapter in Koreatown. “All of our extracurriculars, all of our sports have been canceled, and so this is something we’re putting in place for that time.”

Goldberg and Kwon say Zoomers to Boomers offers a more human approach than other delivery programs. 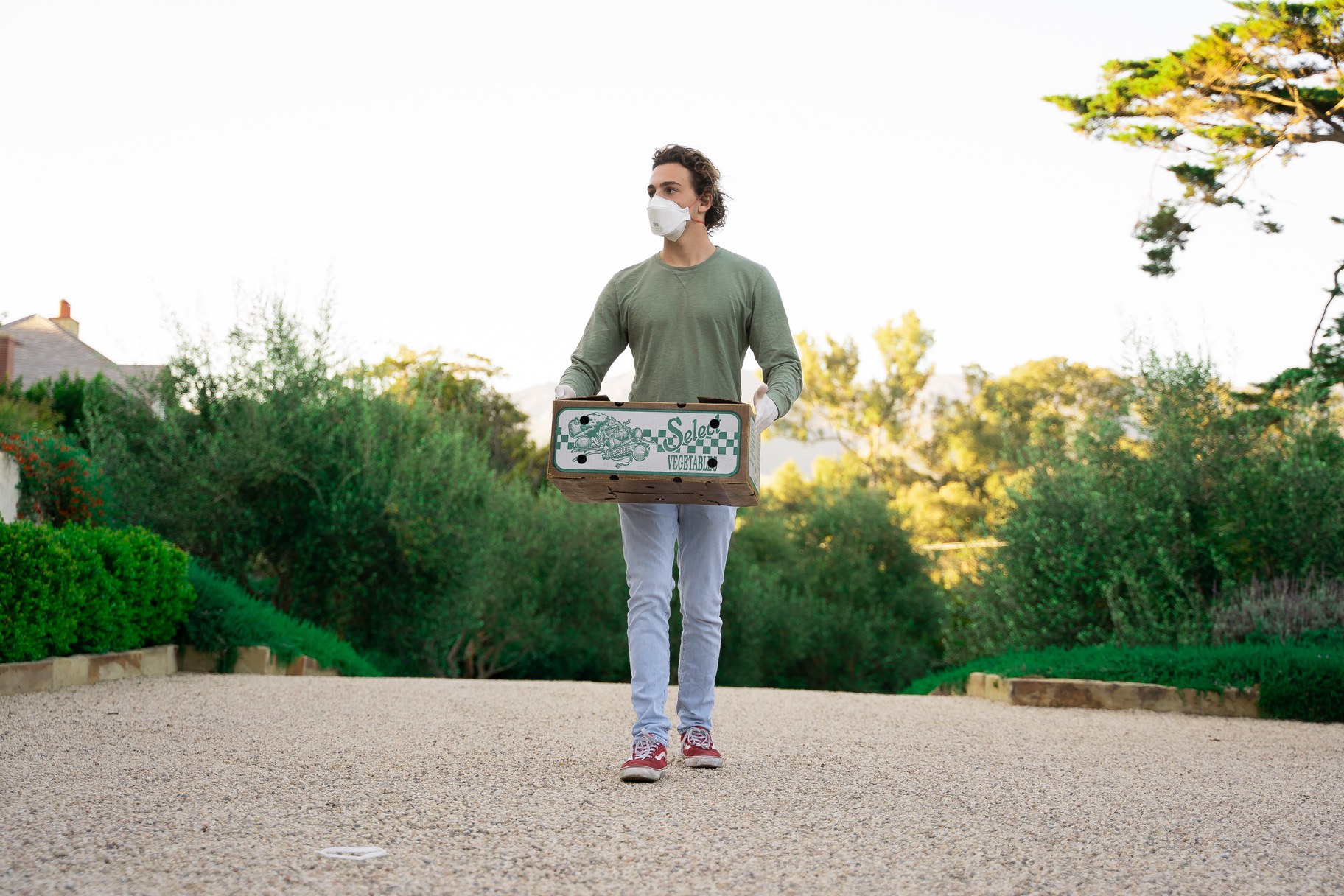 Delivering a box of vegetables. Photo courtesy of Daniel Goldberg.

“Every time I make a delivery, I'm making sure I call them,” says Goldberg. “I see that everything on their list is what they need. I talk to them. You can tell how important it is for them to have that contact, because a lot of them are elderly and either widowed at home or isolated with their partner, and they’ve been stuck inside without contact for such a long period of time. Us being able to be in contact with them is really beneficial for their wellbeing.” 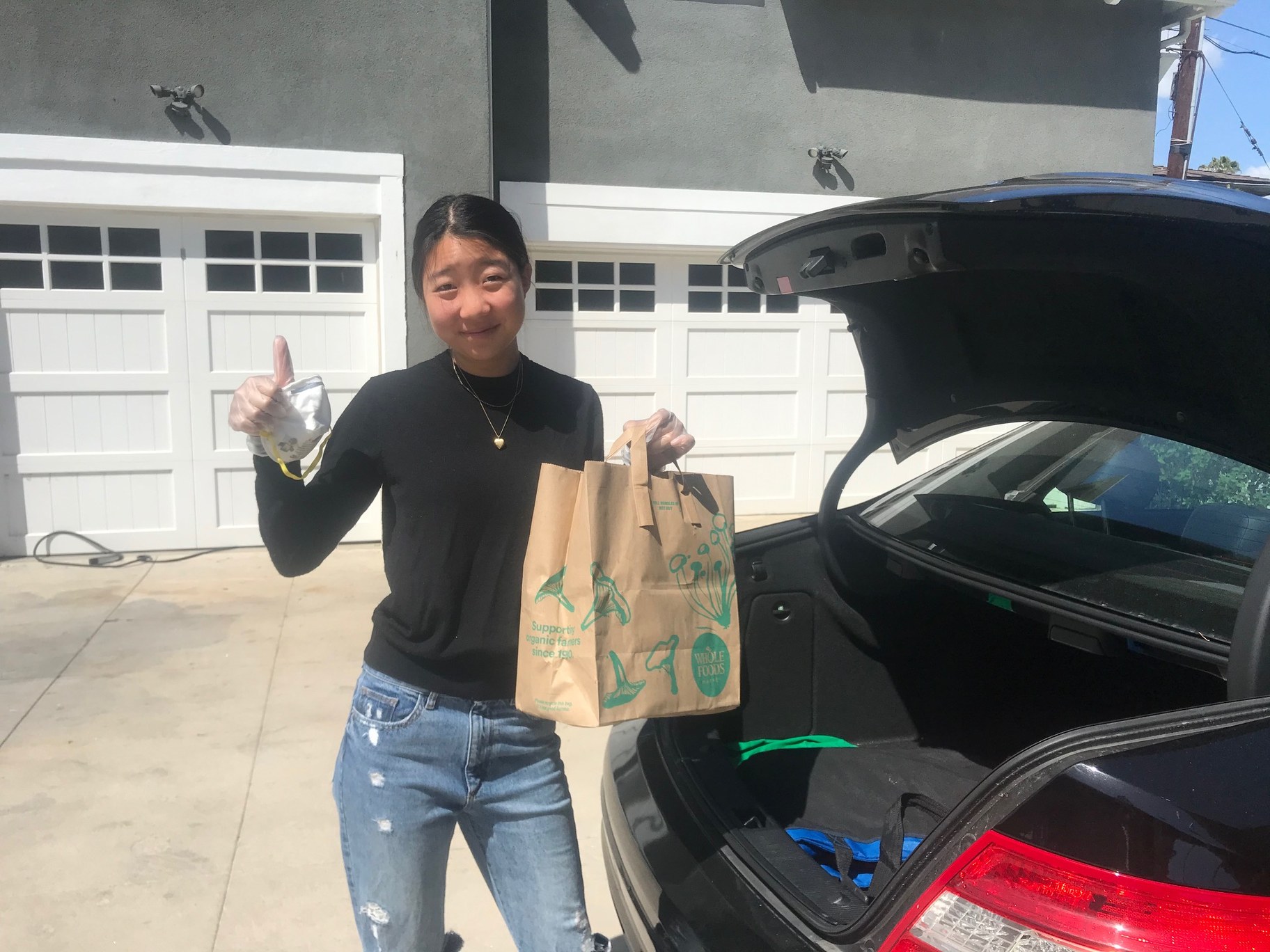 Kwon says it’s just as beneficial for the teenagers.

“We're also trying to isolate, so to be able to talk to these seniors and meet new people that we wouldn’t have reached out to before is really important for us and makes this time not feel so isolating,” she says.

Both chapters deliver to 20-40 people each day and hope to expand.