Slave Bill of Sale
Members of an extended Tennessee family talk about their great-great-grandfather, a slave owned by his white, biological father. After Emancipation, their ancestor managed to buy a farm. Family members reflect on the strength it took to survive slavery and to prosper in the years that followed. 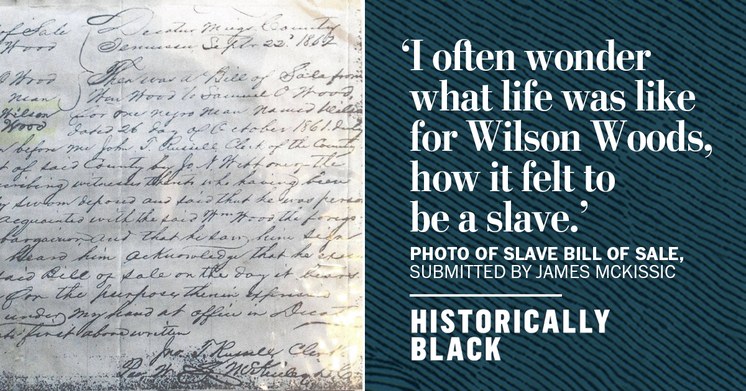 Missouri Fiddler
A young musician and actor discovers that his great-great-grandfather was Bill Driver, a celebrated fiddler in Missouri. Family members recall how Driver's fiddle playing often brought blacks and whites together at country dances and fiddle contests. They also reveal the complicated nature of interracial mixing in the Jim Crow era.

HBCU Founder
William Hooper Councill was a former slave who served as the first president of what would become Alabama Agricultural and Mechanical University, one of the oldest historically black colleges and universities in the country. Negotiating the race politics of Reconstruction was sometimes dangerous work; Councill used his skills at writing and oratory to call for the uplift of his race.

The programs are hosted by Michele Norris, and narrated by Keegan-Michael Key, Roxane Gay, Issa Rae, and Another Round podcast duo Heben Nigatu and Tracy Clayton.