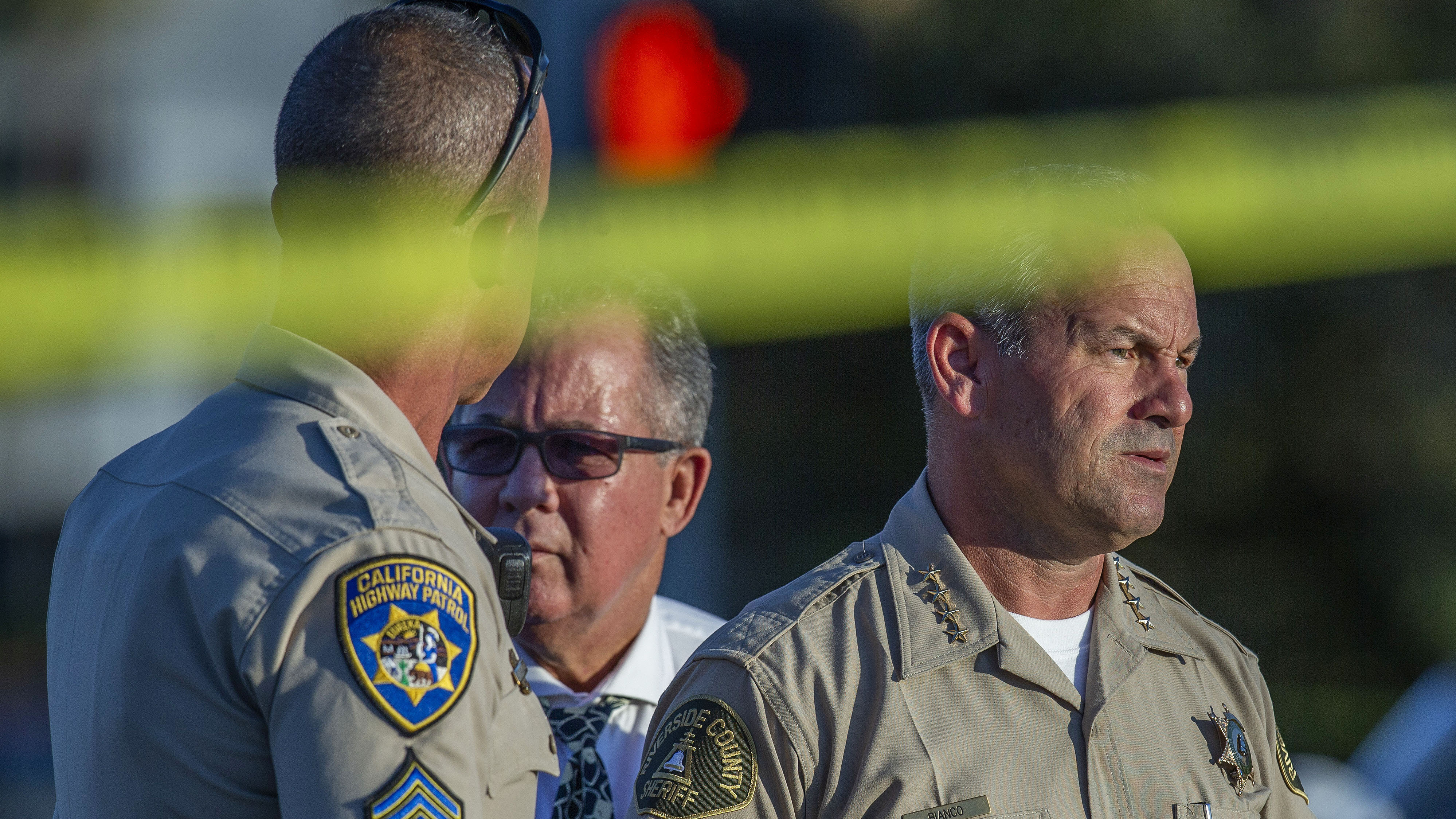 The sheriff of California's Riverside County, outside Los Angeles, has acknowledged that he once briefly belonged to the extremist Oath Keepers militia in 2014 after emails from the group were leaked online.

In an interview, Sheriff Chad Bianco sought to downplay his past affiliation with the organization, while also insisting that the aims of the Oath Keepers — which has emerged as one of the largest groups in the far-right patriot militia movement — have been misunderstood. In August, 17 Oath Keepers members were indicted in connection with the Jan. 6 attack on the U.S. Capitol.

"I don't even remember joining," Bianco, who was elected in 2018, told member station KPCC in excerpts from an interview published on the LAist website.

He maintained that "what happened at the Capitol was completely wrong," but that the Oath Keepers — which the Southern Poverty Law Center says has "trained for a revolution against the state" — are not anti-government. He blamed the Jan. 6 violence on "a few fringe people."

"[That's] not really what they stand for," he said of the group. "They certainly don't promote violence and government overthrow. They stand for protecting the Constitution."

He also expressed frustration that the Oath Keepers had been unfairly portrayed as "far right-wing," attributing that to "the political toxic environment that we are in."

He told KPCC: "If you love America, if you're proud to be an American and you support the Constitution, you are labeled as an extremist."

Brian Levin, director of Cal State San Bernardino's Center of the Study of Hate and Extremism, notes that at the time Bianco was a member of the group, it was "less radical, they were less confrontational."

Bianco's remarks follow the online outing of some of the Oath Keepers emails by Distributed Denial of Secrets, or DDoSecrets, a Wikileaks-like group that refers to itself as "a transparency collective." Attention to the leak was drawn by a tweet from J.J. MacNab, a fellow at George Washington University's Program on Extremism.

As NPR's Ryan Lucas reported in April, the Oath Keepers — believed to have started in 2009 — have long sought to recruit military and law enforcement officials.

A George Washington University report on the Jan. 6 insurrection quoted from a lengthy post published on the Oath Keepers website in the days ahead of the riot. It exhorted its members to show up in Washington, D.C., to "stand tall in support of President Trump's fight to defeat the enemies foreign and domestic who are attempting a coup, through the massive vote fraud and related attacks on our Republic."

A previous version of this story referred to Denial of Secrets as a "secretive" group. In fact, the organization is an openly operated non-profit.