Madeleine Albright, the first woman to become U.S. secretary of state, has died 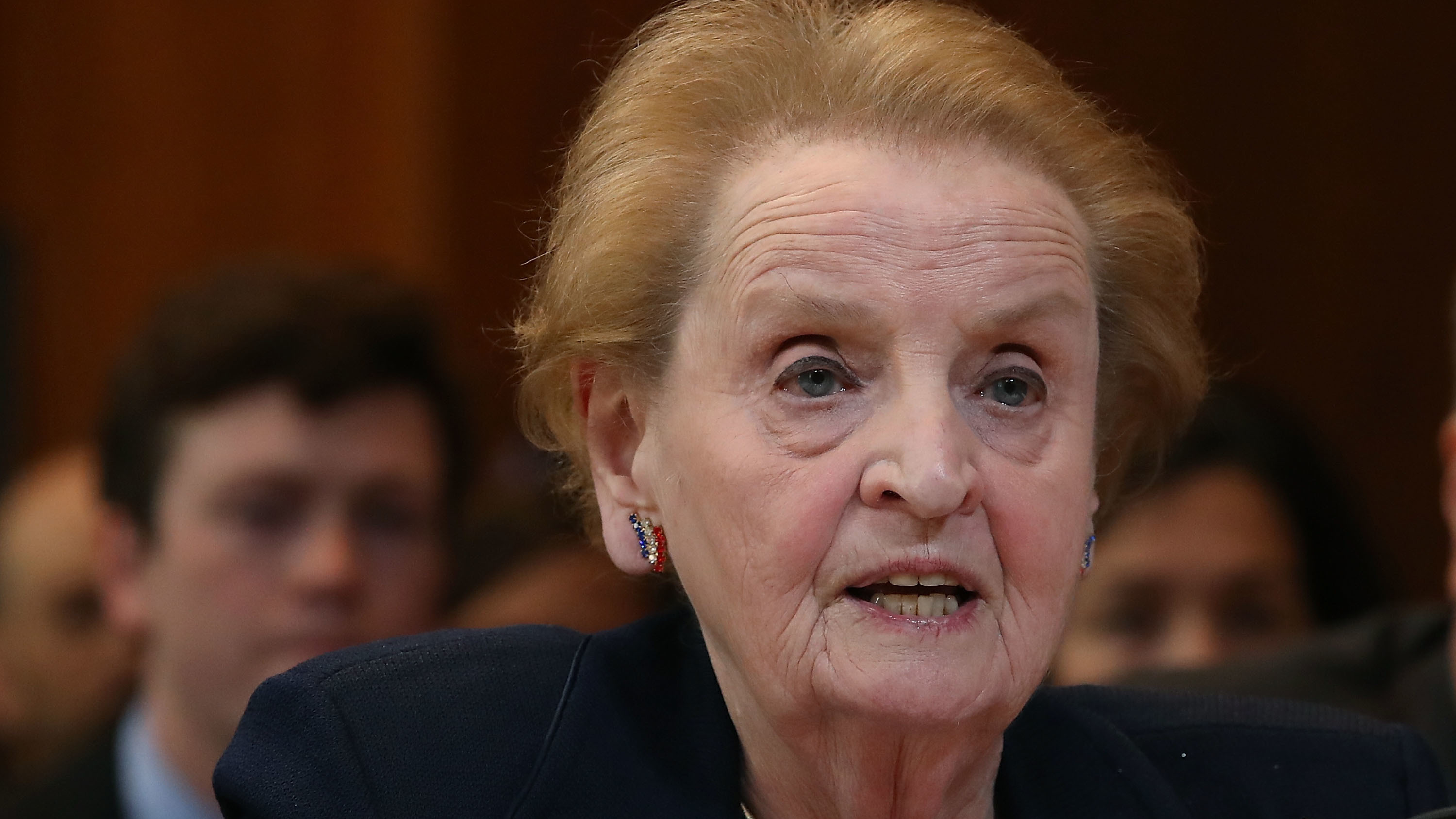 Madeleine Albright, the first woman to be U.S. secretary of state, has died, according to a statement from her family.

Albright was 84, and the cause of death was cancer, her family said.

"She was surrounded by family and friends. We have lost a loving mother, grandmother, sister, aunt, and friend," the statement said.

She served as secretary of state from 1997 to 2001 during the Clinton administration.

"Hillary and I are profoundly saddened by the passing of Madeleine Albright. She was one of the finest secretaries of state, an outstanding UN ambassador, a brilliant professor, and an extraordinary human being," former President Bill Clinton said in a statement Wednesday afternoon. "Few leaders have been so perfectly suited for the times in which they served."

Albright was born in what was then Czechoslovakia and fled with her family after the Nazis occupied the country in 1939.

Albright's father Josef was part of the Czechoslovak Foreign Service and became ambassador to Yugoslavia, according to a biography from the State Department's Office of the Historian.

President Biden commented on the challenges Albright faced as a young woman.

"She was an immigrant fleeing persecution. A refugee in need of safe haven. And like so many before her — and after — she was proudly American. To make this country that she loved even better — she defied convention and broke barriers again and again," Biden said in a statement Wednesday. "Madeleine was always a force for goodness, grace, and decency—and for freedom."

Biden has also ordered flags at the White House and on U.S. public buildings and grounds to be flown at half-staff to honor Albright.

Her family moved to Denver, Colo., after the communist coup in 1948 in Czechoslovakia, the Office of the Historian said. Albright became a U.S. citizen in 1957 and earned her bachelor's degree in political science with honors from Wellesley College in 1959. She earned a Ph.D. in Public Law and Government from Columbia University in 1976, the office added.

Albright's career in politics began as chief legislative assistant to the late Sen. Edmund Muskie, a Democrat from Maine, from 1976 to 1978. She would go on to serve as a White House staff member for former President Jimmy Carter and on the National Security Council from 1978 to 1981, the office added.

Before serving as secretary of state, she was appointed ambassador to the United Nations by Clinton in 1993.

"As secretary of state, Albright promoted the expansion of NATO eastward into the former Soviet bloc nations and the non-proliferation of nuclear weapons from the former Soviet republics to rogue nations," the Office of the Historian wrote.

Linda Thomas-Greenfield, the current U.S. ambassador to the U.N., called Albright "a trailblazer and a luminary" during a Wednesday meeting of the General Assembly Emergency Special Session on Ukraine.

"She left an indelible mark on the world and on the United Nations. Our country and our United Nations are stronger for her service," Thomas-Greenfield said.

Albright spoke with NPR last June ahead of a meeting in Geneva between Russian and U.S. leaders. Albright recalled the first time she met Russian President Vladimir Putin, in 1999. He was "trying very hard to ingratiate himself with President Clinton," she said.

"Well, my first impression was that he was kind of trying to figure out who he was. But my impression in the second two meetings were that he very much liked the background of being in the Kremlin with all its history, that he was smart, that he was prepared and that he had a view about how things were going to go," Albright told NPR.

Some California police are biased. A report says they have no clear plans to fix that NPR May 1