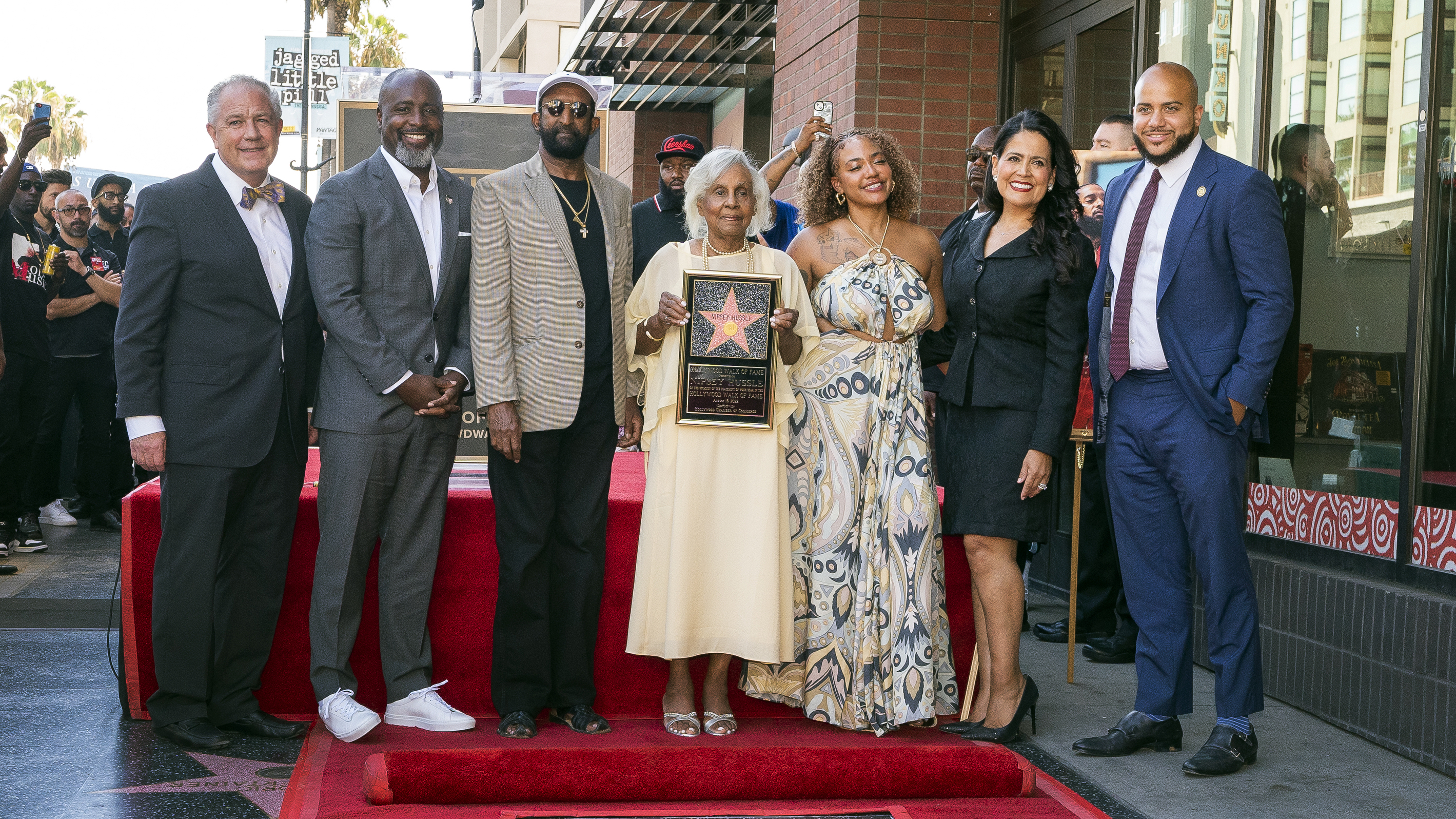 A star for late rapper Nipsey Hussle was unveiled on the Hollywood Walk of Fame in Los Angeles on Aug. 15. The ceremony included speeches and remarks from members of the late rapper's family, including his sister, Samantha Smith (third from right), and his grandmother Margaret Boutte (fourth from right), who accepted the star on behalf of the family. Photo by Damian Dovarganes - AP

Three years after his murder, rapper Nipsey Hussle was honored posthumously Monday with a star on the Hollywood Walk of Fame — on what would have been the late rapper's 37th birthday.

The star, which was unveiled in a ceremony Monday afternoon, is located in front of Amoeba Music on Hollywood Boulevard in Los Angeles.

The ceremony included speeches and remarks from members of the late rapper's family, including his sister, Samantha Smith; his grandmother Margaret Boutte; and his fiancée, actress Lauren London. Boutte accepted the star on behalf of the family.

"I think I speak for the entire city of LA when I say that we've always known Hussle was destined for greatness," London told local TV station NBC4. "This moment only amplifies this for us. Nip would've been honored by this moment."

Hussle, born Airmiess Joseph Asghedom, was a Grammy-nominated rapper, entrepreneur and philanthropist who was fatally shot in 2019 outside the Marathon Clothing store he owned in South Los Angeles.

"Nipsey Hussle was more than just a creative genius, he was committed to helping his community through savvy business moves and charitable contributions," Ana Martinez, producer of the Hollywood Walk of Fame, said in a statement.

Additionally, Holder was convicted of attempted voluntary manslaughter, as two other men were injured from the gunfire at the crime scene. Holder could face up to life in prison and will be sentenced next month.

Latino legends helped pave the way in Hollywood, but the road is still rocky NPR Sep 15